Harper Grae suffered a devastating miscarriage nearly a decade ago. As supportive as her family and friends are, the singer-songwriter retreated within herself, hiding away from the world to deal with her pain. “It’s something a woman is supposed to deal with on their own,” says Grae, noting society’s very strange avoidance around even having such tough conversations.

“That’s how I felt. I didn’t talk about it—not even with my closest friends,” she continues. “I felt more afraid to talk about a miscarriage than I was about me being gay.”

But she’s sharing her story now. With “Still Your Mother,” Grae gets real and honest about what it’s been like to work through her trauma and write a song about it. “When my wife and I wanted to start trying to have a baby, during the pandemic, I started to realize that I just hadn’t had that closure with this piece of my story. In recognizing that, I also realized that I was also ready to share that piece. It was important for me to write about my miscarriage and how it affects me still to this day.”

Last year, Grae had been trying to get pregnant for four months. Feeling frustrated and sad, she sat down to write a song that not only gives agency to her pain but finally offers healing. Processing trauma can often feel like it takes an eternity, but picking yourself up off the ground is never easy. Reflecting now on her emotional journey, well, it’s been arduous, at best.

“You know, you get a due date when you get pregnant. It’s a really exciting thing. You start to count down to that date, and every week is a big milestone. Then, when you experience loss, you start to look at that date as ‘what could have been.’ For a long time, I ignored the date,” she tells American Songwriter over a phone call. When she started trying to have a child again, emotions were overwhelming.

“I immediately was reminded of it all. I would say I was at my lowest. I was honestly only going to give it one more month. It’s so emotionally taxing, and they don’t talk to you about that. I grew up in such a conservative southern upbringing, and sometimes, all you know to do is push it under the rug—and then put couches on the rug and TVs,” she says with a laugh. “You can’t ignore something forever. Eventually, it’ll sneak out from under the rug.”

With celebrities like Chrissy Teigen, Carrie Underwood, and P!nk sharing their own traumatic experiences, the needle seems to be pointing in the right direction to confront these issues. “We all have a common thread. Not all women experience this, but I guarantee most women know someone who has. Talking about it and bringing it to light, it makes it a more human thing,” offers Grae. “You’re not going through this alone. Grief is something that stays with you forever, whether it’s the loss of a child or a parent. I’ve experienced both, and it’s not something that’s just over. When I lost my mom, it took a lot of time. There were so many people that are there for you during the funeral and the wake, and then everyone disappears.”

Always one to use her own experiences in songwriting, Grae has long turned to “music for therapy,” she says. “In this, I didn’t write about it for some time. I tend to write music when I’ve actually experienced personal closure or if I’m at the brink. We have to sing these songs in front of so many people, and hopefully, they do so well they want you to play them all the time. I’m so closely-knitted to my music that I need to be in a good mental space about the topic to talk about it. Normally, when I have written a song, I’ve gone through the [emotional] process to be able to share it.”

Grae is finally putting that pain to rest and now eyes a much brighter future. With her wife Dawn, she expects her rainbow child this July and currently lives a pretty charmed life in Nashville with their nine-year-old daughter. “Life is good,” she gushes. “There is truly unconditional love that can come from a person. Love knows no bounds. [Dawn and I] probably met each other in past lives, because it was that intrinsic with her when we first met. It grows everyday.”

The first openly gay woman to be selected, there is a bit of pressure, even if it’s self-imposed. “There are plenty of queer-identifying people within this genre who may not be ready to tell their stories yet. Or there might be another blue-eyed, blonde-haired Christian girl in Alabama who was just like me and needed to hear my story. I don’t take that lightly. And it’s not lost on me that there’s still a lot of discrimination not only within the genre but within America and throughout the world.”

Originally from Montgomery, Alabama, Grae knows exactly what it’s like to wander through life, unable to live as her most authentic self, and feeling like who you are is wrong. “I call it being on that Christian drug where they drug you to church every Sunday and Wednesday,” she quips. “A big piece of that is still with who I am today.”

It wasn’t until her freshman year of college, studying theatre and religious studies at Auburn University, that she began to confront her religious upbringing in a very direct way. “I wanted to reconcile with my faith and truly see for myself if I could be gay and Christian. Through my journey, I learned a language, Koine Greek, and majored in Theology so I could get to an understanding that was unbiased and not swayed by a small town church. In doing so, I realized it’s totally fine to be gay and Christian. Until I came to that space on my own, and it took a long time, I was fearful. I didn’t feel like I could defend myself.”

Nearly a decade ago, Grae, formerly known as her birth name Shanna Henderson, stole our hearts when she appeared on the second season of “The Glee Project,” a competition and audition spin-off of “Glee,” both created by Ryan Murphy. In many ways, Grae’s breakthrough parallels the long-standing notion that Nashville really is a 10-year town.

“I feel like country music is finally showing us in queer spaces. I told my wife the other day that my 10-year mark might have actually started two years ago. I was doing everything I’m doing now ─ but now, I’m actually recognized for it,” she says. “People aren’t afraid to have me come places. I definitely felt that from the industry, publicly. Behind closed doors, everyone was supportive, but when it came to actually showing up at a GLAAD event, country music just wasn’t there.”

Grae is standing in the spotlight in more ways than one. Her music, including previous singles “Caviar and Bars,” “Muddy Water,” and “Monster,” clearly speaks for itself. With some time off to reflect and take care of her family, she looks forward to release a bunch of new music in 2021. “I’ve been heavily inspired by motherhood,” she teases. “There are a lot of throughlines in my story of not having a mom and now stepping into motherhood and the fears around that.”

Looking back, she notes her songwriting growth mostly concerns with being “more mindful of pronouns” over the last three to five years. “I definitely tried to stay within the Nashville lane. When I started writing songs about who I wanted to date, that was a huge shift for me.”

Instead of writing “about wanting to take a guy out to dinner and put a dress on for him” ─ which she obviously wouldn’t, unless “he was my best drag queen friend” ─ she turns attention to talking about women in her songs. Even more, she has now reached a point “where I don’t have to explain myself in a session with other writers.”

Around the release of “Still Your Mother,” Grae is enlisting fans to submit their own photos and stories. Select ones will then be used in the forthcoming music video, expected later this year. 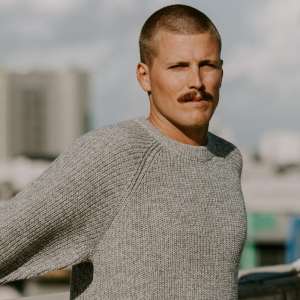 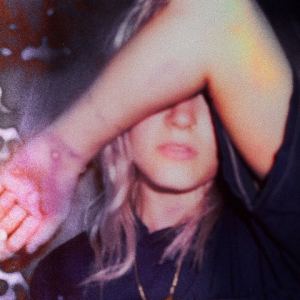