Today, Raquel Lily returns with a soulful, shrooms-inspired love song that shows the Philippines-born, Atlanta-based singer-songwriter and producer embracing her romantic side.

“It’s a song I wrote about a mushroom trip I went on, and the introspection that occured on how much love and appreciation I have for someone,” Lily tells American Songwriter of the track, which premieres below. “It was all so damn gushy and cute that I found it to be kind of disgusting and embarrassing. It was also on the heels of exploring concepts of polyamory in a long time relationship, realizing this love wasn’t just something that could go away with some other side fling.”

Lily shares “Heartstrings” ahead of her forthcoming debut album, but the Twitch personality’s fans might recognize the track from her 2019 Jam in the Van session, which included a stripped-down acoustic version of it.

“Heartstrings” comes after Lily’s previous singles “I’m Leaving,” “fuccboi,” “Mary” and “Ghost.” “Everyone’s been broken from something,” says Lily of her debut album in a press statement. “You smoke some weed, you fall in love, they turn out to be a fuckboy, you’re with someone shitty, you break up, you ghost them, you still love them, you resign, you meet someone new and there’s hope again.”

The Amy Winehouse-inspired artist started playing guitar as a teenager but got more serious about producing her own music while attending UC Davis, where she earned a degree in Neurobiology, Physiology and Behavior.

“I started producing sometime during college and put out music on soundcloud, just learning all I can along the way,” she told Naluda Magazine earlier this year. “I started putting out some cover videos on YouTube and continuing to pursue music alongside my professional career. I started playing open mics, then booking local gigs with my band and some event bands I would sing for. Before I dove into music and content creation full time, I was a legal assistant for a lawyer, who pretty much showed me how to run my own independent business. I did everything, from accounting to managing all of his case files. So working for myself and doing things independently felt pretty natural.”

“To this day,” Lily continued, “I’m very DIY and do everything myself; from management to booking tour dates, aside from production and writing the music. One day, I just went for it and decided to take the plunge and leave my professional career behind to fully pursue music. It was tough at first but I eventually built a pretty loyal following, mostly on Twitch, to help me pay my bills and keep creating.”

In the same interview, Lily described her sound as “smooth,” “R&B,” and “soulful,” and you can hear why in “Heartstrings.” Listen to the track below and check out Lily’s live streams here and here.

“Heartstrings” is out now. 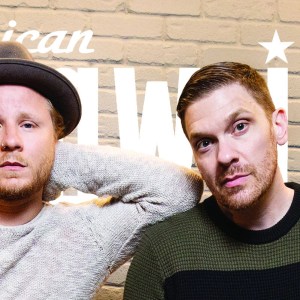 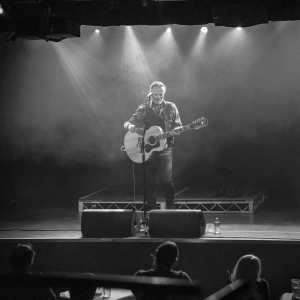