How did Zach Myers find out that he and his longtime Shinedown bandmate Brent Smith were about to embark on an ambitious recording project? He was in Sayreville, New Jersey, performing with Smith as a duo, and he learned with a couple thousand of their closest friends.

“Onstage in front of 2,500 people in the middle of a show, Brent just said, ‘Hey, we’re gonna go make a double album, without talking to me about it first,” Myers says now with a laugh. “I’ve come to realize he does these things to hold himself accountable. If you put it out there, then you gotta do it now.”

Smith admits to this spontaneous decision. “I will do things of that nature,” he says. “I will throw it out into the atmosphere so that it actually happens. I was like, ‘Hey guys, we’re gonna go do a double album. Isn’t that cool? We’ll get back with you.’ There’s not really a crazy back story to it. Like if we’re gonna do it, let’s do it for real.”

The end result of that surprise announcement, Smith & Myers Volume 1 and 2, which are technically two separate albums released in close conjunction with each other, arrive this month. It marks their first recordings as a duo since a pair of 2014 EP’s filled with covers, and it finds them pulling back from the thunderous potency of the Shinedown formula that has produced over 10 million albums and 10 million singles sold over the past two decades. Through ten originals and ten cover songs, the duo conduct master classes in both songwriting and interpretation, often utilizing little more than Myers’ acoustic guitar and Smith’s vocals.

“To me it felt like less pressure, in that we didn’t have anything to really live up to as far as this project went,” Myers says of the writing and recording process. “With Shinedown, we never make the same record twice, and a lot of fans respect us for that. We color outside the lines all the time, but we have to keep it in the same coloring book. With this, there was no road map, because we’ve never done it before. It felt like we could write about things that maybe wouldn’t have been Shinedown songs, in an intimate way about relationship stuff that might seem disingenuous with Shinedown, where I feel like we’re trying to be an uplifting thing to people. I really enjoyed the blank-page aspect of this.”

This approach meant that the duo was free to take on topical matter, as they do on the powerful “Not Mad Enough,” Smith’s urgent reaction to the death of George Floyd. “I’ve been on the road professionally for 20 years now, and I never turn my TV on,” Smith says of how the song was created. “But for whatever reason that night, I turned my television on and I watched what happened to George Floyd in real time, because it was breaking in the news. I just had the wind knocked out of me like a lot of people did. I wrote the song very quickly. The words came almost like a flood. When they talk about these subjects, people get terrified that they’re going to say the wrong thing. But you’re not going to say the wrong thing as long as you speak from the heart.”

Aside from the hot-button material, Smith and Myers also lighten up at times on these records, as on “Bad At Love,” a soulful yet somewhat tongue-in-cheek ode to romantic haplessness. “The song is about Brent,” Myers says of his musical partner. “Brent is a guy who has been in two relationships in the 16 years that I’ve known him. When two people end something, there has to be all of these reasons why it ended. No, man, sometimes you’re just bad at this whole thing. He’s a private guy, but I can tell you with 100 percent transparency that he was never unfaithful in either of those relationships. But sometimes there’s just something you’re not good at. And sometimes that thing is relationships. That doesn’t have to be a negative thing. The guy is great at a million things. He’s one of the most loyal friends. And he’s one of the most selfless, caring people you could ever find, which are great traits in a relationship. He’s just not good at being in a relationship.”

The duo, along with longtime producer/collaborator Dave Bassett, strived for a unifying sound that, even while it was stripped-down, still sounded dynamic. And Smith says his partner’s virtuosity went a long way to making that happen. “The element of an acoustic guitar, we wanted to make it hip,” Smith explains. “We wanted to give it a fresh kind of makeover in a way and show that you don’t just have to play cowboy chords. That instrument can actually be very aggressive and very cool and very sexy and very poignant. There’s a lot that an acoustic guitar can do. It just depends on the player. I’m lucky because I get to be in two projects with my favorite guitar player. I really do value Zach as a player. He can bob and weave in different formats and genres and styles. Not everybody can do that.”

Meanwhile, Myers reciprocates the credit to Smith for his choices on the cover songs included with the originals. Instead of just sticking to well-established classics like “Sledgehammer” and “Unchained Melody,” Smith pushed to incorporate newer material like Billie Eilish’s “Bad Guy” (“I was so ‘duh’-ready,” Smith jokes about the song’s singular exclamation) and Post Malone’s “Better Now.”

No matter what the era of the songs, the duo’s manifesto was to bring them to new life. “Our approach was ‘What if we wrote these songs?’” Myers explains. “What if I just handed you these lyrics and said, ‘Hey let’s write this,’ and there are no drums and no bass? We’re just a duo.’ When you do that, you can kind of have fun reimagining, and you don’t have to stick to exactly what something is supposed to be.

Smith says that this project needed to feel separate from his and Myers’ main musical outlet to justify its existence, even as they drew support from Barry Kerch and Eric Bass, the other members of Shinedown. “We talked to them about this,” Smith explains. “We said, ‘Are you guys OK with us doing this? Because if you’re not, we won’t do it?’ And they said, ‘Absolutely, go do it. 100 percent.’ So there’s also an element there that we want to make the two of them proud with this music as well.”

“But there’s no reason to go in and make a Shinedown acoustic album, because if we were going to do that, then Eric and Barry would be involved. We went into it keeping each other accountable for the fact that it needs to sound different. The sound structures need to be different. And this needed to appeal to a different audience, and not more of the same.”

The end result proved immensely gratifying for this talented pair. Smith mentions the hauntingly spare “Since You Were Mine” as one example of the duo pushing the boundaries of what they thought they could achieve. “Those were moments where we’re looking at each other, not really realizing that it’s happening, questioning can we even achieve this,” Smith says. “Can we make something that’s so simple relate and be just as powerful as something that has a wall of sound? That’s not easy to do. I look at those kinds of moments, and that’s what makes me feel real good about the project.”

And even though the Shinedown machine is ready to roll on, with the band already beginning work on their seventh studio album, this duo appears to have gathered far too much momentum to shut it down completely. “Let’s see if people like this one first,” Smith laughs, when asked about the possibility of more Smith & Myers.

His musical co-conspirator is less hesitant. “It was so much fun writing this record that I think we have to do it again,” Myers says. “It would be a disservice for us not to.”

In response to the COVID-19 pandemic, Shinedown raised more than $300,000 by making available an exclusive T-shirt and song bundle featuring a single from their vault “Atlas Falls,” – offering a powerful message of optimism and faith in humanity  – with all proceeds going to humanitarian aid organization Direct Relief, one of the largest providers of humanitarian medical resources in the world that is working to provide personal protective equipment to frontline health workers and essential medications and supplies for patients.

Shinedown just presented the first installment check of $230,000 to Direct Relief. This follows the $20,000 that the band donated to kick off the fundraising campaign, bringing the total delivered to Direct Relief so far to a quarter million dollars. 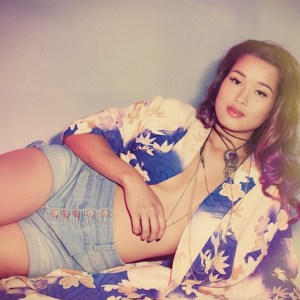