Grab a beer, open your recliner chair, kick back and relax, and enjoy some electrifying music.

The Country Music Association is returning with their television special CMA Fest, which airs on Wednesday, August 3 at 8/7c on ABC. Filmed during the 49th CMA Fest at Nissan Stadium in Nashville, Tennessee, the four-day event will be revisited by the show’s hosts, Dierks Bentley and Elle King.

In regards to working together, Bentley shared, “I think Elle brings so much to the table. Onstage she’s just a riot and also super talented—a great combination of talent with comedic humor. A lot of spontaneous moments between the two of us and just a lot of laughs.”

“I am co-hosting this whole shebang,” quipped King. “Not only do I get to do it with my buddy Dierks, I also get to see all these incredible performances and be a part of a big party!”

The two performed at CMA Fest in 2016, and Executive Producer Robert Deaton saw their spark. Following the COVID-19 pandemic, Deaton was relieved to be back. He said in regards to this festival that “[t]he festival itself may be over, but thanks to these two, along with a solid slate of performances and special collaborations, the party continues in homes across America. It was a fun challenge to think differently with our setup these last two years, but it felt great to be back with a full house at the stadium.”

Along with these exciting and fun hosts, you can watch 30 new collaborations and performances by country music’s biggest names, including a Dierks Bentley and Billy Ray Cyrus duet. Your other fun-loving host Elle King will team up with Ashley McBryde for a stunning performance. Other names include Jason Aldean, Kelsea Ballerini, Brothers Osborne, Kane Brown, Luke Bryan, Luke Combs, Russell Dickerson, Parker McCollum, and Old Dominion.

Learn more about the event HERE. 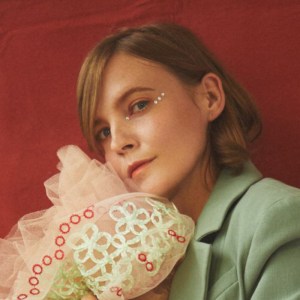