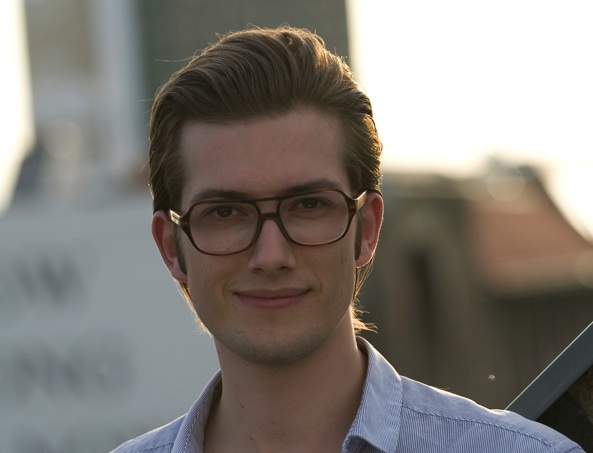 SoundCloud, a sound platform for creators, has about 7 million users worldwide. The Berlin-based startup recently secured a Series B funding from venture capital rock stars Union Square Ventures and has opened a new office in San Francisco. On the morning that I spoke to SoundCloud’s 28-year-old UK-born, Sweden-raised founder Alexander Ljung, he was checking out the company’s new SF digs, in between trips to L.A. and New York.

To say that Ljung and his colleagues have been busy would be an understatement. Unlike buzzy music consumption sites like Spotify and Rdio, SoundCloud is focused not just on music — but sound, itself. SoundCloud users — at first, the site was popular with record labels and electronic musicians who wanted to share music files quickly and easily — upload their own tracks. (SoundCloud has a content recognition tool that notifies content owners when music has been illegally uploaded, in order to avert piracy.) The SoundCloud player, embedded on websites throughout the Internet, is sleek, providing a visual view of sound by showing the audio wave form and letting users comment in the timeline of a track.

But recently, Ljung and his team realized that SoundCloud could help everyone — not just musicians — use sound to share their stories. So on Ljung’s SoundCloud profile, he records everyday sounds from places he’s visiting or logs little audio updates on what he’s doing and thinking about. We talked to Ljung about the future of music creation and collaboration, checking-in with sound on Foursquare, and what the first recorded sound was.

You’ve been re-thinking SoundCloud in the larger context of what sound means. Was there a particular “Eureka” moment where you realized SoundCloud was bigger than just music?

It was a pretty natural progression for us. The name has always been SoundCloud not “MusicCloud.” So it wasn’t a big shift. We had a moment where we understood there was a larger potential for what we were doing. It’s funny how people think of music as the main category [of sound]; whereas when we look at photos or videos, we have a more open understanding of what they can be. It dawned on us: music is one type of sound, but there are many other ones as well.

SoundCloud first caught on with musicians and the record labels. With your background in music production, it must have been natural to work with the music industry.

Both the co-founder [Erik Wahlforss] and myself have both been really involved in music personally. I was a sound designer for movies, so I was always working with music and non-musical sounds. We built this from the beginning because we wanted the tool ourselves. We started by inviting a lot of the people we knew, and a lot of them were music makers. Anyone involved in creating music is involved in creating sound. The interest from the music industry early on was really big. We built something that served their needs. Initially we were thinking about the emerging class of music makers. We were seeing it was easier for anyone to get involved with creating music.

We’re interested in all different ways that people can interact and collaborate with each other around sound. We’re always looking at what that means practically: what we need to build for people to be able to do that. We’ve developed SoundCloud as a platform, allowing other companies to build SoundCloud into their own applications. On the collaborative side, there’s a fantastic iPad application called Korg iMS20. It’s a full-on Korg synth on the iPad and it allows you to make computer tracks. It’s fully-integrated with SoundCloud so you can save the final track to SoundCloud and share it with the world. It also works that if someone else has this application, they can find [your] track and open it up with the exact same settings and start tweaking it into their own version. It’s a very advanced way of being able to collaborate on a piece of music; but it was enabled by Korg building a great synthesizer and then making use of the sharing and collaboration APIs that SoundCloud as a platform has. We’ve also seen in music sequencers — like the one launched by PreSonus — how they integrate SoundCloud directly into the application. I think a lot of the powerful collaboration tools will be combined efforts with other applications. Making sound and music, you use a whole range of different tools. We’re trying to provide a way for all of these tools to connect together, so for the creator it becomes super-seamless.

Sound is so different than text and pictures. Is telling stories with sound something we’re not as accustomed to doing? What are some ways people are sharing sound?

Sound is more than 20% of our perception. It’s a really big part of life. For me, I put music up, I record little notes, I’ll do interviews with people simultaneously. Sometimes, you’re on holiday and laying next to the beach, the only thing you want to capture then is the sound of the waves. [SoundCloud] is big enough for all of those different ways to fit in there. It kind of depends on what someone is interested in sharing.

Sound is a big part of our everyday life, but if we look back in time, we have lots of writing and pictures — we have all of these memories from past times — but if we look at our history, it’s pretty much mute. We don’t have much sound from our history. We don’t know what it sounded like to be there. In my own life, before I started using SoundCloud, most of the sounds in my life have not been captured. It feels like a missed opportunity.

Being able to capture the sound from a street corner in New York, a national park in Kenya, or an interview with a certain person at a time of their life — even family members — it’s all going to create this really rich history of sound and hopefully in a hundred years we won’t still feel like the history is mute.

I love that idea. It’s so obvious, but something we don’t think about very much. Do you know what the first sound recording was? Was it those recordings of poets in the late 1800s?

That’s a really interesting question. I actually don’t know. But it made me think about how I found out recently that somebody has the only recording of Harry Houdini, where he’s talking about how he’s about to dive into this tank of water and lock himself inside it. It’s this really fantastic recording. That one is pretty early.

[Ed., In 1860, Edouard-Leon Scott de Martinville recorded someone singing the French folk song, “Au Claire De La Lune,” using his own invention, the “phonautograph,” which recorded the sound waves onto a piece of paper. ]

SoundCloud is integrated with Foursquare. How are people using their locations to tell stories with sound?

It’s been a really exciting thing to launch our mobile application, which includes this Record button. Everybody is carrying around a microphone in their pocket, so if we can enable people to capture sounds from their lives, it’s a really interesting new way of using SoundCloud. One of the neat things about the mobile device is the location capability. We did the integration with Foursquare — it’s quite cool how you can go to a place and record an idea or story of that location and use that to check-in on Foursquare. It’s almost like you’re leaving a little audio message for any future visitor. It’s almost like hiding pieces of sound in the world around you. 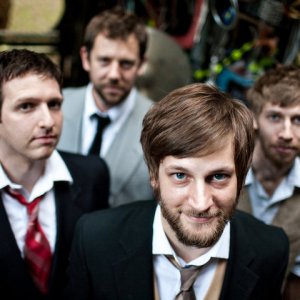 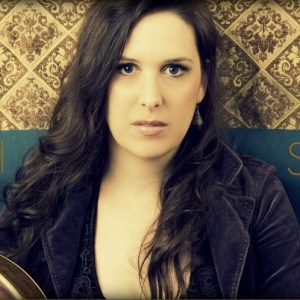