Celebrated country music group High Valley is back with two new songs, “Whatever It Takes” and “Never Not,” set to release on November 12. Eleven years after the release of their first album, frontman Brad Rempel is keeping to the bluegrass country sound the group found its footing on.

“Whatever It Takes,” co-written by Rempel, Jon Nite, and Ben Stinnis, captures the classic High Valley magic, says Brad. The song’s lyrical imagery paints the scene for exactly how “Whatever It Takes” was written. A songwriting trip to Nite’s beach house in Florida ended with the trio looking into the night, strumming a guitar.

“We got back from having dinner and sat down looking into the night and just did what you do when you’re not trying to write a song— just sat there strumming the guitar and humming some lines. It was kind of like I always did growing up when songwriting was just a hobby,” Rempel tells American Songwriter. “That song almost wrote itself.”

Along with the upbeat guitar and painting lyrics, Rempel brought in a musical motif that is common in many High Valley songs—a UK-style stadium chant.

“When you take that anthemic kind of European soccer stadium chant vibe from a cool producer and you take my bluegrassy roots and melt them together, somewhere in the middle is where we’ve always had the most success,” says Rempel.

The second release, “Never Not,” is also co-written by Rempel, this time with Ben West and Matt Willis. The initial idea came about after Rempel spent the day with a handful of NHL stars, one of whom said he was “never not” looking for an extra workout. Like any great songwriter, Brad took a throw-away joke and transformed it into a beautiful and honest song about thinking of loved ones when you’re away from them.

“It doesn’t matter if I’m in LA or New York or Toronto or Nashville. I’m still probably ducking out the back to pull out my iPad and watch my son’s basketball game via FaceTime or calling to check-in,” says Rempel. “For me, that was just the most honest thing I could write in that song—if you’re wondering whether or not I’m thinking about you guys out here in Hawaii or London or some exotic tour destination, the answer is I’m never not thinking about you. It’s a simple idea but I think it’s just so true.”

These are the first High Valley songs to be written and released with only one Rempel in the band. Curtis Rempel, the second half of the front duo, stepped back from High Valley to move home to Alberta, Canada, and start a small business with his wife, as announced via a Twitter post on June 11. Brad maintains that High Valley will carry on with the same sound and he’s grateful to still get to play with the rest of the group.

“I’m excited for him and he’s doing great. And I still get to get out on the road with the same group of guys that I’ve been on the road with forever and the writing process stays the exact same,” says Rempel.

These two singles are just the beginning of the next wave of music from High Valley. According to Rempel, there will be a full album out in the spring, accompanied by new songs each month from the new year until the album release.

Check out the lyric video for “Whatever It Takes” below. 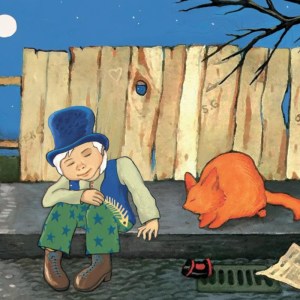