It’s nearly impossible to deny the charm of Spanish garage rock four-piece Hinds. Their energy, spirit and positivity are infectious, enticing even the most stubborn of showgoers to let loose and jump around with the rest of the crowd. Go to one of their live shows and you’re almost guaranteed to leave covered in glitter and sweat — and not necessarily your own.

The band — composed of Ade Martin on bass, Amber Grimbergen on drums, and Carlotta Cosials and Ana Perrote splitting duties on guitars and vocals — was built on the same fun-loving, carefree attitude on display during their live performances. Cosials and Perrote started the project in Madrid in 2014 without any prior musical experience, inspired by a set they watched together at a Spanish music festival. “We never played our instruments until we started playing together,” says Perrote. “Everything went really fast. We kind of learned how to do things by doing them.” Their debut album, 2016’s Leave Me Alone, was a breakout success and launched Hinds into two years of near constant touring across the globe, including performances at major festivals like Bonnaroo and Coachella.

In early 2017, the band took two months off to write and record their second album, which Perrote says felt like “a luxury” after months of non-stop traveling. They headed down to the Cadiz region of southern Spain, the same place they recorded their first album, but this time brought producer Gordon Raphael (who worked with The Strokes on their seminal album Is This It) and engineer Shawn Everett (Alabama Shakes, Weezer) along for the ride. The final product was April’s I Don’t Run, a sonically mature album that showcases the growth that years of gigging have brought the band without losing the rough-around-the-edges sound that makes Hinds so endearing. “This record, musically, is really different from the first one, not only in how we play but how we talk and what we talk about,” says Perrote. “On our first record, we talked about the 12 phases of love and this record was the 11 phases we see that come after love.”

Setting time aside to focus on crafting new songs also gave the band the opportunity to work out the musical kinks they encountered on their debut, like difficulties with the trade-off vocals that have become one of the most recognizable elements of their music. “The songs on the first album were in a higher pitch and I struggled singing them and wasn’t really happy with it,” Perrote explains. “It’s tricky because Carlotta and I have such different voices. It’s hard to find a middle point where we both feel comfortable with what we’re singing.” I Don’t Run finds Perrote and Cosials at a happy medium, highlighting the differences in each singer’s voice without pushing either too far over the edge, like on the warm, velvety track “New For You.”

Hinds’ distinct, unique sound and unconventional beginnings have brought them more than their fair share of criticism, a downside to making music that the band feels is largely due to the fact that they’re all female. “We have all this constant judgment and constant pressure to prove to everyone that we’re doing something right,” says Perrote. “The thing is, I feel like the female figure in music is always represented by pop artists. It’s close to an image of perfection — always beautiful, always pure — and Hinds is totally the opposite. It’s not like we’re the craziest people ever. We’re just like every other woman in the world, but there’s no one representing us [in rock and roll] so we’re doing it. That’s why it’s so shocking for so many people. We’re just doing whatever the fuck we want and that’s not a usual thing to see a woman do, in music especially. It’s okay if you don’t like our music — there are all-male bands you probably don’t like too, and that’s totally okay — but you don’t have to get mad at us because you don’t like us.”

No matter how much criticism Hinds gets, they won’t let it stop them, or even slow them down. Before every set, they blast a pump-up playlist of songs by artists like Natasha Bedingfield and Cardi B in the green room to get themselves ready to go onstage. “They’re songs that make us yell and dance so we can activate our bodies,” Perrote explains. These warmups are essential, preparing the band for all the jumping and mid-song crowdsurfing that they’ve come to be known for. “We give 100 percent every night,” says Perrote.

It’s this attitude that makes Hinds such a crucial modern rock act; in a sub-genre heavily dominated by men, especially in the Spanish scene, they represent a much-needed change from the status quo and act as living, breathing proof to other young women that they, too, can start a band, whether they have any experience or not. After all, the most important part about making music is that you have fun doing it, and Hinds are having a hell of a time. 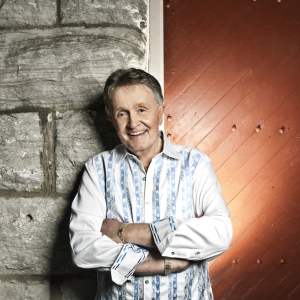 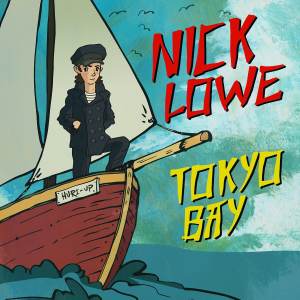