Country songwriting legend Bill Anderson is a charming Southern man, quick with a funny story and a smooth and easy-going laugh. He’s the rare songwriter who has written or recorded songs in each of the past seven decades and had at least one of them reach the charts, beginning with 1958’s “City Lights” recorded by Ray Price. His classic “Once A Day” introduced the young Connie Smith to the country music world and had an eight-week run at the top of the Country charts in 1964, a feat that would not be matched by a female artist for nearly fifty years when Taylor Swift’s “We Are Never Ever Getting Back Together” bested it in 2012. His own recording career is filled with number one hits over the years, many featuring his ‘whisperin’ vocal style, hence his nickname Whisperin’ Bill Anderson. If that wasn’t enough, his likeability on the television screen brought him another career on network television as host of several game and variety shows.

This week Anderson is being inducted into the Songwriters Hall of Fame, a prestigious honor given by fellow songwriters to other songwriters in recognition of a long and distinguished career. Given his peppiness during our interview, it’s safe to say the 80-year old Anderson is a strong bet to hit the charts for an eighth decade.

Congratulations on your induction into the Songwriters Hall of Fame. It must be gratifying to be recognized by your peers for your musical career.

Well it is. I’m very grateful for this and I am looking forward to the event in New York. If you see me there and I appear to be passing out, promise me you’ll pick me up off the floor! (laughs)

Are you familiar or friendly with any of the inductees?

Both Steve Dorff and Alan Jackson. I’ve written with Steve. I’ve never written with Alan but I’ve been a fan of his music all these years, of course. I don’t know any of the others but I’m looking forward to meeting them.

Do you have a favorite method of writing? Is it pencil and paper? Or sitting at your computer? Or has it evolved over the years?

Have you ever heard what Brad Paisley’s nickname for me is?

He calls me Moses! One day we were at his house writing. Jon Randall was also there. They were sitting across from me and they both had their laptops, Brad had his guitars and pedals and hardware and I was on the other side with my notepad and pencil. Brad looks over at me and says ‘Moses, when did you quit writing with a hammer and chisel?’ I held up my Number 2 pencil and said ‘Brad, this has never crashed!’ About three days later he calls me and says ‘do you have that lyric we wrote? My computer’s gone haywire and I can’t find it!’

I’m not totally illiterate. I come home and put the lyrics into my computer. As antiquated as it might be, there’s something about the pencil meeting the paper. Not a pen but a plain old yellow pencil, with an eraser on it. I wear out about three erasers for every pencil I use. That’s just the way I’ve done it and that’s the way I’m comfortable writing songs. It’s too late to change now!

You must have an extensive stack of notepads.

I don’t know how many notebooks I have. When I go through one I put it in my safe downstairs. The stack has grown pretty high! If I have to find a particular date I wrote something, or the original way we wrote a verse, I’ve got it all down there at my disposal. It may take a little digging to find it but it’s there.

Do you have a home studio?

No I don’t, and it’s by design. I really like to separate my home life and my work life. I do have a home office where I can write by myself if I want. But there’s no studio and I don’t have people coming over to write. I have a place downtown at Sony/ATV where I can write. Or I go with my co-writers to write wherever they’re comfortable. That works best. I can write anywhere, I don’t care where we are. If they have a studio I’ll go there.

Can you describe a writing session in the ‘60s versus today?

Well, a writing session in the ‘60s consisted of me going into a room in my house, pulling the shades down and making it as dark and moody as possible and writing by myself. I didn’t do any co-writing to speak of until the mid ‘90s. And then it was a whole different experience sharing my thoughts with friends of mine.

Your first big hit “Once A Day,” which was recorded by Connie Smith, was written solely by you and released in 1964 at the height of Beatlemania. I’m curious how the country world viewed the Beatles and if they were on your radar?

They were not on my radar. They were not on most country people’s radar. The only person I remember talking about them was George Hamilton IV. He was a dear friend and had me over his house when the Beatles were making one of their first television appearances. But as far as it affecting my life back then, it didn’t. I don’t think people who were listening to Connie Smith, Buck Owens, Merle Haggard and others back in ’64 paid much attention at the time.

Tell us about writing “Once A Day.”

I was driving in my car, where I get a lot of my song ideas. I was in Nashville driving through a residential neighborhood and coming to a four-way stop. I remember grabbing for a pencil and paper and writing the chorus. As best as I recall, I came home and finished it.

So it was written rather quickly?

Yeah it was not one I struggled over very long. Once I had the hook and the idea for the song I knew where I wanted it to go. I can’t say I wrote the verses in 30 minutes or three hours. I don’t remember. But it wasn’t one I struggled with for a long time.

The musicians on that recording were your backing band?

Yes, there were three members of my band on it. Weldon Myrick played steel guitar. Jimmy Lance played guitar and the drummer was Snuffy Miller. Then the record company augmented it with some of their ‘A’ team session players.

How did the song get to Connie Smith?

Well, I found Connie Smith. She was totally unknown. She was playing a talent show in Ohio and I was asked to be one of the judges. It was an outdoor venue and I was there as a guest artist that week. This little girl, with a guitar bigger than she was, came out on stage and just blew me away with her voice. She won the contest and I went backstage and told her if she ever wanted to come to Nashville I’d like to help her. I thought she was terrific. At the time she didn’t want to come. About six months later she called and said she’d been thinking it over and maybe she’d come down and talk to me about it. I was able to get her a recording contract with RCA Records. Chet Atkins told me ‘we have a lot of good singers but we don’t have a lot of good songs. I’m counting on you to write her some good songs.’ We started with “Once A Day” and went from there. I didn’t write it for her or as a female song particularly. I wrote it as a male song and did the demo. We played it for her and she liked it and we went from there.

Has your demo been released?

Yes, it was released on a Bear Family box set several years ago.

You’ve written with Buddy Cannon and Jamey Johnson. How did that partnership begin?

We’ve written together quite a bit. Buddy sort of discovered Jamey and championed him when he was still living in Alabama. Then Jamey and I became buddies. The three of use wrote “Give It Away” for George Strait, which was Song of the Year in 2007. And Jamey and I have written several with just us two. He’s a dear friend and I love writing with Jamey. He’s a genius.

I love the song “In Color.” The storyline is fantastic.

Jamey said I inspired the song. We were at a BMI awards dinner and they were showing some old pictures from years gone by on the screen. Most of the pictures of me were in black and white. Somebody said to Jamey ‘you see all those pictures of Bill, those old black and whites?’ Jamey said ‘yeah, that’s really something. Just think, Bill saw that in color.’ And that’s what inspired the song. But they did not see fit to give me part credit. (laughs). Nor should they.

Story songs don’t seem to have much place on the charts today.

Well you’re talking today. But story songs have been the backbone of country music. And there are an awful lot of people who miss those songs. Somebody will write a great one and everybody will get in line. And it will come around again. That’s why I save all my old clothes. They’ll be in style again one of these days!

How has your relationship been with BMI?

Well I’ve been with them since 1957, so how many years is that? If I wasn’t happy there I’ve had many opportunities to leave. In fact, I came from a meeting at BMI right before this interview. They’ve been very good to me.

You were part of the song “Too Country” which was the CMA Vocal Event of the Year in 2001. What was your involvement?

Chuck Cannon and I wrote it together. I recorded it and I started playing it at the Grand Ole Opry and was getting pretty good reaction from the audience. Brad Paisley heard it there one night. He said he wanted to record it and what he’d really like to do is get me, George Jones and Buck Owens to be on it with him. I thought ‘wow, that’s an awfully ambitious undertaking!’ But he was very determined. He recorded George and my parts in Nashville and then flew out to California to record Buck. That was a special time. I was thrilled to death when we won that award.

It sounds like Brad Paisley has been a great champion of your songwriting.

Well he really has, from “Whiskey Lullaby,” “Too Country” and others we’ve written together. He’s brought my music to large number of fans that would have never known who Bill Anderson was if it wasn’t for him.

How would you like to be remembered as a songwriter?

Obviously I would like to be remembered! Number one, I’d like to think that somewhere down the line some artist who maybe isn’t even born yet would find one of my songs and make it popular for a new generation. (pauses) I don’t know. I’ve never really thought of that in terms of songwriting.

Well you have a way with a lyric.

Thank you. Writing the lyric is my strong suit and always has been, although I’ve written a lot of strong melodies in my time. The lyric is what attracted me to country music as a young boy- the story songs that I could listen to and feel some emotion. So yeah, I’d like to have the next generation pull out a few lines I’ve written and say ‘yeah that’s pretty clever!’ 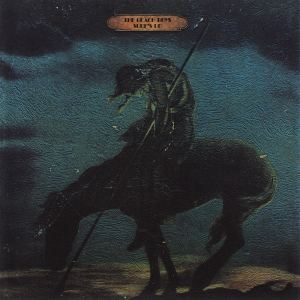 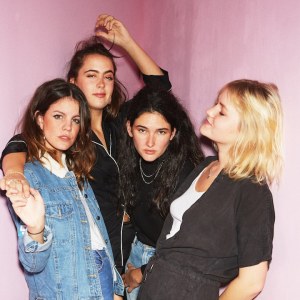