A new day brings new Heardle hints! Today’s answer is a classic from an electronic mainstay. Can you guess it from the intro alone?

Heardle is a viral browser game that tests your music knowledge. The game will play a few seconds of a song. If you figure yourself an audiophile, you can guess the answer right away. If not, you can reveal more of the song until the title and artist come to you. You get six shots to guess correctly before the answer is revealed.

Here are a few hints to help you out with today’s Heardle answer.

1. This group is an English electronic music outfit formed in the ’80s.

2. This song was released in 1989 and stayed on the singles charts for 23 weeks.

3. The song was inspired by Priscilla Presley’s book Elvis And Me – the lead singer said the song is “about being a Jesus for somebody else, someone to give you hope and care.”

4. Johnny Cash did a stripped-down version on his 2002 album American IV, The Man Comes Around.

5. Finally, here are some lyrics from the song: Feeling unknown / And you’re all alone / Flesh and bone / By the telephone / Lift up the receiver / I’ll make you a believer

Consisting of Dave Gahan, Martin Gore, Andy Fletcher, and Vince Clarke, Depeche Mode was established as a dominant force within the electronic music scene in the early ’80s.

Their debut album, Speak & Spell (1981), brought the band onto the English new wave scene. Following the first album’s release, Clarke left the band. Their follow-up effort A Broken Frame, was recorded as a trio.

Following Clarke’s departure, Gore took over as the main songwriter while a new member was taken on to complete the quartet – Alan Wilder. Closing out the ’80s, their albums Black Celebration and Music for the Masses fully established them as an electronic mainstay.

In the early 1990s, they released Violator with the lead single “Personal Jesus.” Inspired by Priscilla Presley’s book, Martin Gore said of the song: “It’s a song about being a Jesus for somebody else, someone to give you hope and care. It’s about how Elvis was her man and her mentor and how often that happens in love relationships – how everybody’s heart is like a god in some way, and that’s not a very balanced view of someone, is it?”

The single was their first to make the US Top 40 since “People Are People” in 1984. It was also their first gold-certified single in the US.

The band has gone on to release 14 studio albums. Across their career, they have sold over 100 million records worldwide. They were nominated for induction into the Rock and Roll Hall of fame in 2017 and 2018 before finally being inducted as part of the class of 2020. 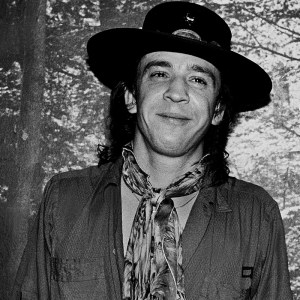