On March 27, 2021, Baker, who wrote Hunter Hayes’ No. 1 hit, “Invisible,” will hold the brand new workshop “The Art of Songwriting & The Unexpected,” under the American Songwriter partnership, and she wants you to join her.

The class will focus on: 1. how to write songs with mass appeal 2. the “rules” of a hit song 3. Exceptions to the “rules” 4. How to create the unexpected.

Here is Bonnie in her own words, sharing her story of expanding her circle:

I Know What I Want To Do… But How?

Meeting people hasn’t been easy for me, ever. A few years back I did a test, and to my surprise, I was a complete introvert. The fact that it surprised me is very telling. Why? Well, growing up, my father was the preacher at the First Baptist Church in our town. He knew everybody. My mother knew everybody. There was nowhere we could go that someone didn’t stop to talk to my parents. As their eldest child (and for many years their only child), I needed to smile and say hello to everyone who stopped to talk to my parents. It didn’t matter if I felt like it or not, I needed to be open and friendly and communicative to anyone who wanted that from me.

As a result, I developed some coping mechanisms. One was to go numb and just be as benign and non-informative as possible. In others words, say anything easy and inconsequential so I didn’t cause anyone to pay any attention to me or what I said. A robot—a small, blonde haired child standing very straight and very still. I got very good at it.

Fast forward, I moved Nashville where I didn’t know anyone in the music business. One of the first lessons I learned was to be honest and try to have meaningful connections with other songwriters. My circle was not very big, but we were very tight. My first invitation to play the Bluebird (which was a coveted place to play and get heard) was because someone couldn’t play a show they were booked for, so I was asked to step in last minute. I was scared out of my mind. I didn’t have enough songs. I was pretty sure I would throw up before playing, but I did it anyway. During that very first night of playing some very mediocre songs, I mentioned I was from Texas. I finished my night, packed up and went to my small apartment on Broadway. I had no idea that very night would be pivotal in my journey in Nashville. I wasn’t the best young songwriter in town, I wasn’t the best player in town, I wasn’t the prettiest, skinniest, coolest songwriter in town.

A few weeks later I was walking through a crowd at Fan Fair (early CMA Fest) and a guy stopped in front of me, pointed and said, ‘you’re from Texas?’

He introduced himself to me as Brett Beavers, who was a songwriter and Martina McBride’s bass player. Just the mention of Martina McBride made me queasy. My ears began to ring and I stumbled over a few words and then he said, ‘My business partner and I just signed a new, young songwriter from Houston, Texas. We would love to connect you with him and maybe you two could do some writing?’ My yes was fast and complete.

My next many, many years was spent in a small attic at Troy Johnson’s duplex where he had a four track and some guitars and no air conditioning. In that attic we wrote a song called ‘Tonight,’ featured on the Sara Evans’ album Restless. Troy wrote a song called ‘Some Days You Got To Dance,’ which made its way to an unknown (at the time) band, The Dixie Chicks (now The Chicks), and I got my first publishing deal from the songs I wrote during those years with one co-writer.

I didn’t need to be the hottest songwriter in town to create a path. I needed to be me. Awkward, unsure of myself, dark, tend to cry a lot, MIA at times—because I feel overwhelmed…me. Simply meeting my musical soulmate was what I needed to get noticed.

My workshop, “The Art of Songwriting & The Unexpected,” on March 27 will focus on you, your abilities and your journey as a songwriter. No two stories are the same. The moment we try to fit into someone else’s story is the minute we get lost. That’s not to say we don’t try new things—I’m having to do that as we speak, so I know it is so damn uncomfortable. Many days I just want to turn off every device, go back to that attic with a four track and a few guitars and my best friend and just make music. I miss those days so much it hurts. It isn’t 1993 anymore. It’s 2021 and I must learn to pivot, adapt or my journey ends. I’m not ready for that. 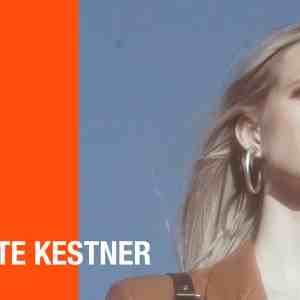 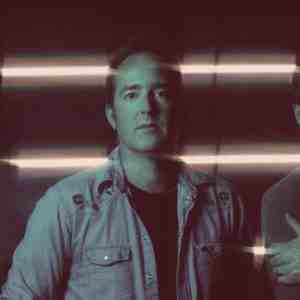