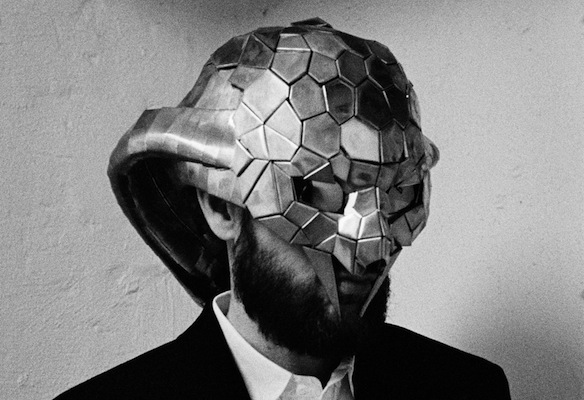 Nearly thirty years ago, John Eriksson walked down to the closest bus stop and caught a short ride to Piteå, Sweden. He was 10 years old, and he’d just discovered Van Halen. The kid had a mission: to buy a copy of 1984.

Decades later, Eriksson is a member of Peter Bjorn and John, a band whose quirky, arty pop songs have little in common with Van Halen’s party anthems. On his new solo album, though, Eriksson — operating under the moniker Hortlax Cobra — draws an interesting line between 1984 and his own work. Hortlax Cobra’s album is also titled 984, and it uses the same song titles, tempos, and song lengths as Van Halen’s album. This is a very different kind of 1984, though, one that focuses on minimalist synth-pop and moody, nocturnal electronica.

To celebrate the video premiere of the album’s new single, “Jump,” Eriksson chatted with American Songwriter about both 1984s. Mid-air splits were not included.

Tell us a bit about your experience with Van Halen’s 1984. What did the album mean to you in the mid-‘80s, and what does it mean to you now?

That album was the very first record I ever bought, and I purchased it when I was a boy back in 1984. I first heard the song “Jump” when my best friend’s bigger brother listened to the vinyl single in his room, while me and my friend were working on our own mystery comic magazine. (My friend just recently told me that his brother evidently shoplifted that single from the supermarket.)

I fell in love with the song, and it’s my first memory of having such a strong feeling for a recorded piece of music. Later that afternoon, I snuck into my friend’s brother’s room and listened to “Jump” probably five or six times in a row. The next day, I took the bus from my home village, Hortlax, into “the city” (a.k.a. Piteå) and bought the album.

I remember that I believed that the cover art was breathtaking. It felt like it was illegal.

Where I grew up, there were a lot of free churches and church groups, and the image of a cover with a smoking baby-angel felt like something that could raise hell. When I listened to the music for the first time, the intro synth track (“1984”) made me confused. I was a hard-rocker back then, but I could not help liking the way the synthesizers made this album feel. I also remember that I thought that the cymbals sounded terrible, and I really stopped using cymbals on my drumset shortly after (and still don’t use cymbals that often, as someone might have noticed on most of the Peter, Bjorn and John tracks).

When I listen to the Van Halen classic today I´m still impressed. It sounds like a playful band on its peak, being totally relaxed and confident. I think it´s one of the best albums ever made, especially when it comes to the way the whole album is constructed. Perfect mood intro, then two strong singles, and then two playful, groovy songs. Then the B-side opens with an energetic fast track, then a power ballad, and finally two darker sounding songs in the end. So what I wanted to try was to see if you could make an album as coherent as 1984, if I re-used the most basal musical parameters from Van Halen’s album as a blueprint.

What’s the connection between these songs and those on the Van Halen album?

I started up making a timeline, so that all the tracks would have the same lengths as the Van Halen songs. Then I listened to the Van Halen songs to get an approximate tempo and a key for each song. It was like creating songs backwards, but it made the composition of the music very unusual and solvent. If felt like I was playing a video game or something.

Since Van Halen’s 1984 is famous for the use of synths on a hardrock album, I decided to make a synth album that would feature the sound of a guitar somewhere. I didn’t sample anything apart from the noise of the needle running in the grooves of my old vinyl copy before the music starts playing (on side A and B). My “Hot For Teacher” includes a fragment of an anthem Swedish school-kids sings annually at every speechday before going on summer holiday (“Den blomstertid nu kommer”). But musically, there are not any clear connections apart from some small secret hints.

Do the boys in Van Halen know about this project?

I have sent the music to them but haven’t heard anything. If they hear it, they will probably think that there’s not enough cymbals.

Tell me about the video for “Jump.” Who’s this puppet? Why can’t he hold his liquor?

The less you know about Freddy the better. But he is not feeling so good at the moment. 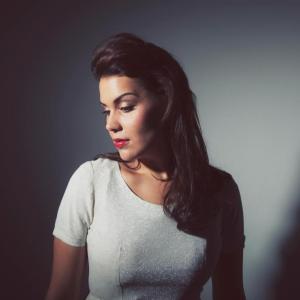