There’s a harsh reality—the push, the pull, tensions, addictions, and relationship rifts—that can come with touring. Sevendust vocalist and guitarist Clint Lowery, who has been sober for more than a decade, tells all about the tribulations of life on the road and why he’s no longer living in a fantasy world on new single “Alive,” off his solo debut God Bless the Renegades (Rise Records), out January 31.

Produced and co-written by Michael “Elvis” Baskette (Slash, Alter Bridge), who also worked with Sevendust on their 12th studio album, All I See is War (2019), this is the first time Lowery is releasing an album under his name. He has worked on several solo efforts, including Call Me No One, Dark New Day, and Hello Demons Meet Skeletons, throughout the past 14 years, so a project under his own name is something Lowery has wanted to do for years. Still, he nearly went with an entirely different name, once again. “I debated using the name Ghost Writer based on the fact that for many years I’ve written a lot of vocals for the lead singers of the bands I’ve played for,” Lowery tells American Songwriter. “It was time to use my name and put myself out there, to build a culture behind my name. It’s been very liberating.”

After recording some demos for the album and finalizing its release with Rise, Lowery says he had time to write and develop material. “Historically, that’s been a bad thing, because I tend to overthink things,” he says. “I wrote a ton of songs, all different directions—alt, heavy, rock, [and] electronic based—just trying to find my sound.”

Recorded at Studio Barbarosa in Orlando, FL, Van Halen bassist Wolfgang Van Halen laid down all the drums and also played bass on six tracks. On God Bless the Renegades, Lowery also collaborated with a Drew Fulk (Bullet for My Valentine, Lil Wayne) and Erik Ron (Panic! at the Disco) on two tracks. “Basically, it’s the same process I do with Sevendust, or anything I write,” he says. “I just knew I’d be the one singing, so I was able to write for my voice. All my other solo ventures were self-produced with engineers.”

Lowery describes the album as an alternative to normal active rock. “[It’s] a bit more quirky and left to center than your basic rock act,” says Lowery. “There is a common thread in all of the lyrics—all interactions and observations of people and society as a whole.”

Single “Alive” was inspired by all the things that tend to rise to the surface while touring. “Alive was inspired by the tensions and survival of a long-term touring band, the dark sides that surface, the dangerous, slippery slide of addiction and excess,” says Lowery.

In the video, directed by Mark Lediard (Of Mice & Men, Sirens), Lowery takes some blows as he’s stuck in a grind, getting pushed around by the outside elements fighting lyrics All those things that we never say, will run us down and bury us … We’re so blind and hard past dead / Please find yourself and let go of this.

“[It’s] a warning song to what can happen if you partake and lose yourself in the fantasy,” says Lowery. “I prefer living in reality and not drinking my own Kool-Aid.” 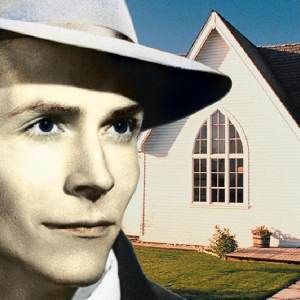 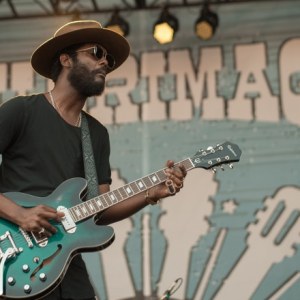