“When you’re young and making music, it is a reckless approach,” Matt Myers of Houndmouth tells American Songwriter. This time around, however, the alternative/indie band from Indiana is taking a different approach. “Especially after a global pandemic, I think everybody rechecked themselves and got more in tune with themselves. So I wanted to put out something a little bit more meaningful, and with a little bit more depth and something that will last a while.”

Myers is referring to Houndmouth’s forthcoming album, Good For You, which drops November 5. Thankfully, Myers, Zak Appleby (bass), and Shane Cody (drums) will be playing their new songs at the Pilgrimage Music Festival on September 25 to give fans a sneak peek. Regarding their performance, Myers reveals that the band’s “energy is great” and they’re “feeling locked in and focused.”

Houndmouth’s lead singer continues to explain the band is thrilled to be playing their latest music, and that their unreleased song, “Made It To Midnight,” is one track on the setlist. “We’re gonna play just about every song on the new album—so most everything that’s not released yet, as well as some old stuff,” Myers confirms.

Rewinding back to Myers’ creative process for Good For You, he sheds light on how this collection of songs emerged. “For the first time in a long time, I had just sat in a room and allowed myself to get bored,” Myers says. “It all stemmed from being alone, going on walks hanging out by myself. Then it started stemming into a heartbreak album because that’s what I was going through at the time.”

Myers is currently in a relationship, but during his songwriting sessions for this upcoming record, anguish guided him to create wistful tracks like “Cool Jam.” Other released tracks “McKenzie” and “Las Vegas” ooze with the band’s trademark funkiness and imaginative lyrics. “Good For You,” the title track, features a unique guitar solo that is one of Myers’ favorite moments from the record.

Logistically, Good For You sprouted from an at-home recording studio that Myers fondly refers to as “the greenhouse.”

“It’s got all the old original chandeliers and furniture from the 1800s. It’s still in Shane, our drummer’s, family,” Myers says. “It’s kind of our clubhouse where we just hang out and create stuff. Our producer Brad Cook came to New Albany, and we just decided to make it here because it was homey. There’s something a little bit sterile about studios, and instead of going in the studio and knocking it out like a week or something, we got to take our time and just live simultaneously.”

Listen to Houndmouth’s latest music below, and find out more about the Pilgrimage Music Festival here. 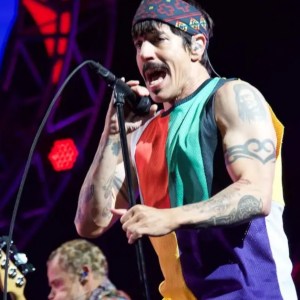 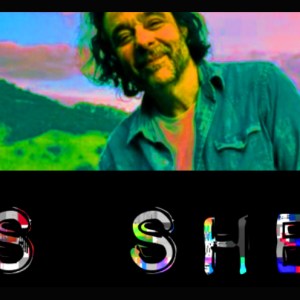