“My reckless days are over. Maybe,” Matt Myers of Houndmouth tells American Songwriter.

Houndmouth, the alternative folk-rock trio from Indiana, is slated to drop their fourth studio album on November 5, inspired by Myers’ new and purposeful lyrical direction. The band has been slow-releasing the record, titled Good For You, for their fans thus far.

Tomorrow (Oct. 28), they’re officially dropping a music video for “Las Vegas,” the vibrant closing track. “I knew that I wanted ‘Vegas’ last [on the tracklisting],” Myers explains. The song’s showstopping harmonies sum up the record’s purposeful soundscapes that were created in an at-home recording studio dubbed “the greenhouse.”

The visual adaptation of “Las Vegas” is a gleeful and brazen-tinged homage to the daredevil Evel Knievel set in the Indiana SportsDrome. Directed by Francis Thomasovich, the adventure created for “Las Vegas” is intentional in every staged detail.

Houndmouth, including Zak Appleby (bass) and Shane Cody (drums) alongside frontman Matt Myers, recently made an appearance on CBS News’ Saturday Sessions. The band was the first-ever group to perform on this series eight years ago, and they returned on October 23 to play their current hit “McKenzie.”

In addition to “McKenzie” and “Las Vegas,” other tracks on the album, including “Make It To Midnight” and “Good For You,” have been released. Both songs remind Myers of the band’s Midwestern roots. “It’s not so much a story, what I’m writing [as] it’s a visual or a picture of something [where] I was put in the Midwest,” Myers says. “A lot of the album is about the Midwest, and it’s about traveling the Midwest.” 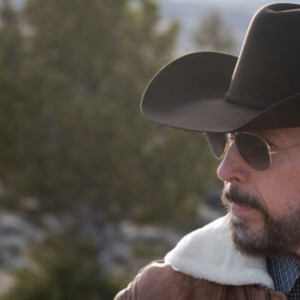