On how to make lyrics sing

“Singability,” said legendary lyricist Sammy Cahn, “is the difference between a poem and a lyric … Once I have written a lyric, the uppermost and final consideration is, ‘Does it sing?’ And not only sing, but sing effortlessly?”

Sammy, who wrote lyrics to 87 songs sung by Sinatra, knew that lyrics needed more than poetry. They had to sing well.

Therein lies the fundamental dynamic. Songs exist in connection with melodies, with rhythm, and with the human voice. Certain words that might be beautiful on the page can sound awkward and contrived when sung. The aim is to create a lyric that sings with a seamless rightness, avoiding any words that can get in the way.

“Shakespeare,” said Sammy, “though he was a master poet, would have made a poor lyricist. Just try to sing ‘Love can laugh at locksmiths.’ Locksmiths is unsingable.”

It’s an important understanding. And a quick perusal of all the hit songs and standards written by Sammy, and those written by Shakespeare, shows that Sammy was right.

Because songs are heard within a fast passage of time, if a lyric is too ponderous linguistically, it can hinder a song. So the use of natural conversational language, with its inherent rhythms, can go a long way in avoiding any sense of contrivance. The first line of Lennon’s “A Day In The Life” is a good example of starting a song with language as spoken, “I read the news today, oh boy …”  That extra commentary of ‘oh boy’ is true to spoken language, and matched by a melody that emphasizes  the key words: “I read the news today, oh boy.”

The entire song is a tour de force of singability, gloriously wedding his melody to the distinct arc, cadence and flow of the language. This requires an allegiance to preserving the inherent rhythm of words, the way any multisyllabic word accents one syllable over the others. [For example: ‘rolling’ accents the first; ‘beyond’ the second; ‘forever’ the second; ‘mutineer’ the third.] If a melody opposes that accent, the lyric will sound forced.

In  “Yesterday,” written by McCartney, the melody starts on the word ‘yesterday,’ and accents the first syllable with a duration slightly longer than the second and third syllables. It works so well that it doesn’t seem written, it simply seems right, which is the goal.

American popular song, much of which stemmed from Broadway musicals in the first half of the 20th century, grew more conversational as musicals evolved.

“Prior to Rodgers & Hammerstein,” wrote Stephen Sondheim, “conversational lyrics were not at a premium … the songs themselves were playful and therefore didn’t have to sound natural. Probably half the fun for the listener was that they didn’t sound natural, they sounded forced.” This all changed, he said, with the next generation who wanted to “tell stories and make the lyrics sound natural. The rise and fall, the stress, the inflection sound, all is much more like speech and much less forced so that it does not sound written.”

Subsequent generations expanded the lyrical scope of the popular song while maintaining this same sturdiness of craft. As expansive as Dylan’s language is, his songs revel in singability (“The phrasing,” he said, “is the most important part.”).

Great colloquial lines such as “You’ve got a lot of nerve to say you are my friend” from “Positively 4th Street” abound in his work. Even in a mythic song, such as “All Along The Watchtower,” which echoes the language of biblical parables, Dylan kicks up the momentum with directly quoted  conversation: “‘There must be some way out of here,’ said the joker to the thief.”

How to balance the poetic, enriched lines with the colloquial ones is a balance all songwriters learn to control, and is central to singability.

Often by setting a scene with regular language, poetic lines can be well-etched and not obscured. Tom Petty was especially great at this, as in “Refugee,” written in language spoken directly to one’s lover, both intimate and unflinching, stating in authentic language the abuse that causes dysfunction: “Somewhere, somehow, somebody must have kicked you around some …” before expanding the scope with unexpected poetry, which comes across with added power in this context: “Tell me why you want to lay there/ and revel in your abandon.”

That line, ending with the melody perfectly matching the meter of  ‘abandon,’ sings so well because it is rhythmic, and because it so well contrasted by what comes before.

Leonard Cohen, who was famous for his diligence in working on a song, told me in 1992 that singability was at the heart of all the melodies he composed, which were shaped always to the contour of the lyric. “The line will have a kind of rhythm,” he said, “that will indicate where the voice will go up and go down. That’s the rudimentary beginning of what we call melody.”

Though he felt much of Dylan’s lyrics resonated more than his with the beautiful feel of “unhewn stone,” his aim always was for eminent, perfect singability. Getting there, though, he explained, required time — many years even — to work and rework a song until it seemed not worked on at all. 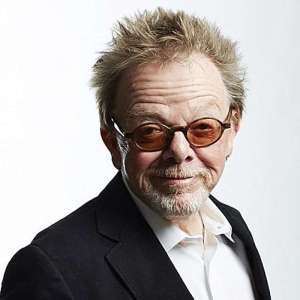 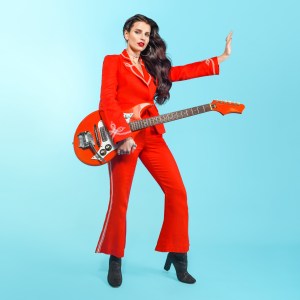