Self-isolated in New South Wales, Imogen Clark has had a lot of time to reflect on things. In the past year, the Aussie artist has already done enough reflecting, ruminating on everything and transferring it into songs that penetrate her life, heartbreak, and her necessary perseverance.

In the middle of 2019, Clark found herself entrenched in a tour, ending one of the deepest relationships of her life, and trying to figure out the ubiquitous concept of a “light at the end of a tunnel.” Then, she somehow found herself in a Los Angeles studio making a record.

“I was at my lowest ebb, exhausted and heartbroken,” Clark tells American Songwriter. “I’d white-knuckled through this marathon UK and Europe tour, ended the longest and most serious romantic relationship of my life, and was second-guessing everything about who I was and what I was doing with my life.”

After diving into a U.S. tour with Australian singer and actress Clare Bowen, the pieces started magnetizing for her upcoming EP, Making of Me, out in August. Bowen and her husband Brandon Robert Young became Clark’s lifeline for the next few weeks—giving her advice and letting her pour her heart out to them after gigs.

“At the end of the tour, we sat down together and wrote this song,” says Clark. “We took all those feelings and channeled them into an anthem about making the tough decisions you need to make to break out of a bad path and become the person you need to be.”

Recorded in Los Angeles toward the end of 2019, Clark first went in for demo sessions with producer Mike Bloom (Julian Casablancas, Rilo Kiley, Jenny Lewis) and engineer Will Golden, and within a few days, a record was being made. Making of Me is Clark’s life in song, pulled together through grieving a lost love, insecurity, and finding the “light” in it all.

Reconvening in late January 2020, “Found Me” was one of the first songs Clark and co. took on.

“All we had was this basic acoustic demo I made when we wrote it, but as soon as we started to put it together in the studio it just got bigger and bigger,” says Clark.  We started referencing songs from Maggie Rogers, Christine and the Queens, and HAIM, and embracing sounds I would’ve been afraid to incorporate in the past. Pete Thomas came in and gave it that thunderous backbeat, Mike [Bloom] whipped up layers of guitars and that funky bass line and it became obvious really soon that it had to be the first single.”

Bowen came in towards the end of recording to offer backing vocals. “Layering higher and higher parts and making us all cheer in the control room, it was so special to have her be a part of the end of the process as well as the start of it,” says Clark.

Clark is an artist that likes to feeds off the unfamiliar to write but still prefers introspection. Deciphering unfamiliar places on tour, love, family, and friendships, her lyrics and stories come from the outside in, and vice versa.

“My songwriting tends to be very autobiographical, working out how I feel about something or what I’d really like to say to someone,” says Clark. “Writing about it is a form of therapy for me. I’ve grown so much as a person just through my ability to write my emotions into song, as it’s always helped me clarify and better come to terms with whatever I’m going through.”

Songwriting has helped strengthen her throughout some the most vulnerable moments of her life. “When I’m challenged or hurt by someone’s behavior, trying to understand the end of a relationship, or excited about a newfound confidence within myself, that’s when I have the most song ideas flowing through me,” she says.

Putting a more upbeat, optimistic spin on a more somber subject of breaking up, the delicate pop of “Found Me” gently pricks the pain and ultimate bravado of coming out on the other side of heartache, imbued in lyrics I gave you every piece of me, but you never had your fill… The strongest thing I did is gently let you go… I thought you were my home, so I will make my way.

“I know there are so many people who experience this feeling during a breakup, that despite grieving the relationship, they know deep down that they’ve made the right decision because they’re growing at a pace which their partner perhaps couldn’t understand or support,” says Clark. “I hope ‘Found Me’ brings those people closer to a sense of peace with their decision to trust their gut and move on, despite the unavoidable sadness.”

Back home in NSW, Clark has big plans. Once it’s safe to do, she wants to tour Australia, the UK, and U.S. She wants to write with other writers. She also wants to make the big move—to Nashville.

“As a songwriter, my most enduring ambition has always been for my music to influence people in the way that my favorite songwriters’ work has influenced me,” says Clark. “My favorite artists have been the soundtrack to my growth as a human, and I want to do the same for my fans. I want to help bring listeners comfort during their darkest times, and to celebrate with them as they flourish.” 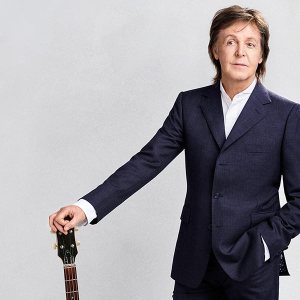 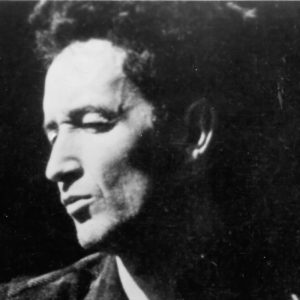