When Jenna, Ben and KK Johnson of Track45 were growing up in Meridian, Mississippi, all they did was dream about someday becoming country music stars. And now—with two EPs out and their chart-climbing single “Met Me Now” getting radio play across the country—that dream is looking more and more likely to become a reality.

“This is what we’ve dreamed of doing for so long,” KK told American Songwriter. “Getting to do it—and do it with people we love—is really a dream-come-true. It’s really a surreal feeling.”

Surreal as it may feel, though, the Johnson siblings didn’t get to Nashville by accident—hard work, perseverance and a fine-tuned sense of how to navigate the industry were all essential tools on the journey, along with another thing: lots and lots of songwriting. Literally. When the three first made the leap of faith a few years ago and moved into a little apartment in Nashville, they made a goal to write two songs, every day, for two years.

“When we moved here, we realized that we had to get better at songwriting because Nashville is a ‘song town’ and country music is all about the songs,” Ben said. “We had a wall in our apartment devoted to sticky notes of our goals, so we decided to make a new one: write two songs a day for two years. You have to put in 10,000 hours to get really good at something, so we really did it—for two years, we wrote two songs a day every day except for Sundays.

At first… the songs weren’t great. “We wrote a lot of really bad songs!” Jenna remembered, laughing. “But we knew that the only way to get better was to do a lot of it and practice, so that’s what we did.”

And, eventually, the Johnson siblings’ work ethic started paying off—especially when they got into co-writing. See, these days, Ben has become a pretty well-known name in the Nashville writers’ circles, writing for the likes of Meek Mill and Justin Timberlake, Thomas Rhett and Kane Brown, Charlie Puth, HARDY, Weezer and more. But there was a time when the Johnsons didn’t even know what a “co-write” was.

“Right when we moved to town, we didn’t really understand the concept of co-writing at all,” Ben remembered. “We were playing a gig and Rivers Rutherford came up to us afterward and asked to co-write with us. He’s a Hall of Fame songwriter, but we said ‘No, we write our own songs. Thanks though.’ And he was like ‘No, no, that’s what you’re supposed to do—you’re supposed to co-write with people, that’s how you get better.’ That was a big turning point. We were like ‘Oh, okay! That makes sense.’ We just had no idea.”

The spark lit, it didn’t take long for the metaphorical flame of Track45 to come to a roar. Writing songs left and right and raking up credits wherever they could get them, the trio began to truly immerse themselves in the Nashville songwriters’ world. After years of hard work, 2020 finally gave the Johnsons what they’ve been waiting for: a chance to step into the spotlight themselves. Last fall, they released their debut EP, Small Town.

“That EP really tells you about how we grew up in our small town,” KK explained. “It’s kinda an intro to who we are and where we came from. The way we see it, when we’re writing for ourselves, it’s like an autobiography. It has to come from a place that’s authentic, really—whether that’s a story from our lives or something that one of us is going through in that moment. We bring that into the room and go from there. Our music is just us; we sing what we know and that’s all we really do.”

A testament to this is the highlight of Small Town: “Met Me Now,” which is the single that’s been getting spun on country radio airwaves recently. Originally just one of countless songs the siblings wrote, the tune has taken on a life of its own and grown into a catchy, heartfelt, country headbanger.

“This song came from a night where I was up real late, just thinking back on past relationships,” KK recounted. “I was feeling very dramatic, reading poetry and stuff like that, and I started thinking: ‘If he could meet who I am now, maybe things would’ve been different.’ So, I wrote down a few lyrics and didn’t think anything of it. Then, we were in a writing session a few weeks later and ended up writing a song centered around the idea. Getting to see that feeling turn into a song—and now getting to sing it and really feel it—it’s really cool.”

Now, with almost a million streams on Spotify, the idea that KK “didn’t think anything of” has blossomed into a hit. “It’s crazy when you can take these personal moments that you think no one will ever hear,” she said, “then you share it with someone, then they share it with someone else and before you know it: the song hits the radio!”

Riding high on that wave, Track45 followed-up Small Town with their second EP, Big Dreams, this past February.

“Our first EP, Small Town, told our origin story—Big Dreams tells our story of moving to Nashville,” Ben said. “Moving here was a big culture-shock to us, being from a small town. We joke that we had never parallel parked before moving there. Even just driving on the highway was overwhelming and scary. We lived in a tiny apartment and we pretty much only ate spaghetti and Jiffy cornbread, but we made it work.”

Continuing to tell their story through each consecutive release, Big Dreams is indeed emblematic of the trio’s honest sensibilities and knack for catchy hook-writing. In a way, the story-telling element of their lyrics and the effortlessly poppy element of their arrangements come together to synthesize a new sound in country, something akin to the worlds of Big Loud and Dan + Shay. For their part, Track45 calls it “New Old School.”

“We have a lot of ‘old school’ to our sound and the way we present things, but we’re also trying to put a fresh, new spin on it,” Ben said. “But at the end of the day, it’s the songs that resonate most with us that we want to sing and record. These past two EPs began telling our story, the next EP is going to continue that story.”

So, even though they might be a few years off from being bonafide, chart-topping country stars, Track45 is clearly committed to their dream and has the talent and work ethic necessary to make it happen. True to their ambitions, though, the Johnsons aren’t exactly keen on stopping to bask in their success—they’re too focused on what’s ahead.

“We accomplished a lot of our goals this past year, but we still have a lot more to go,” Ben concluded.

Watch the official visualizer for Track45’s single “Met Me Now” below: 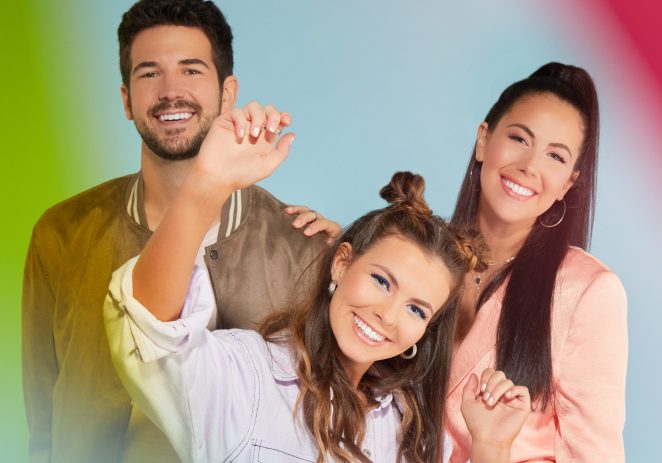 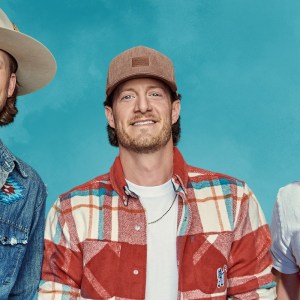 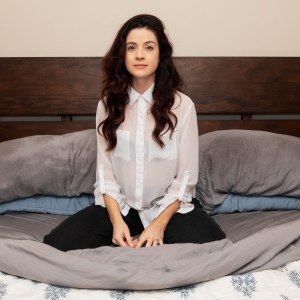