While we will be the first to raise our hands as Beatles fans, we can’t deny that their song “I Am The Walrus” is just weird.

Released in 1967, “I Am The Walrus” runs at just over four and a half minutes of pure psychedelic rock/pop and nonsensical lyrics. Don’t get us wrong, though, it’s certainly entertaining to sing along with the goo goo a’joobs and the opening line I am he as you are he as you are me and we are all together.

But what does it all mean? Is there a meaning behind the lyrics? Keep reading to find out.

The meaning of “I Am The Walrus.”

Long story short, “I Am The Walrus” is nonsense. But it was designed to be so, and craftily at that. John Lennon wrote the majority of the song, and it was then officially credited to the Lennon-McCartney songwriting partnership.

In several interviews after the fact, Lennon explained that “I Am The Walrus” was written in response to learning that fans were analyzing the lyrics of The Beatles’ songs. More specifically, Lennon had read a letter from a student from his alma mater, Quarry Bank High School for Boys, that said the literature classes were studying the meaning of The Beatles lyrics. (That study sounds a little familiar…)

So, Lennon decided to pen a song so obscure and so bizarre that the meaning would be impossible to discover. Thus, “I Am The Walrus.”

“Let the fuckers work that one out, Pete!” Lennon is cited telling Pete Shotton, an old school friend.

How did Lennon come up with the lyrics?

In his infamous 1980 interview with Playboy and Yoko Ono, which was published in 1981, Lennon explained his thought process for the song in more depth.

“The first line was written on one acid trip one weekend,” he began. “The second line was written on the next acid trip the next weekend, and it was filled in after I met Yoko. Part of it was putting down Hare Krishna. All these people were going on about Hare Krishna, Allen Ginsberg in particular. The reference to ‘Element’ry penguin’ is the elementary, naive attitude of going around chanting, ‘Hare Krishna,’ or putting all your faith in any one idol. I was writing obscurely, a la Dylan, in those days.”

He continued, “It’s from ‘The Walrus and the Carpenter.’ ‘Alice in Wonderland.’ To me, it was a beautiful poem. It never dawned on me that Lewis Carroll was commenting on the capitalist and social system. I never went into that bit about what he really meant, like people are doing with the Beatles’ work. Later, I went back and looked at it and realized that the walrus was the bad guy in the story and the carpenter was the good guy. I thought, Oh, shit, I picked the wrong guy. I should have said, ‘I am the carpenter.’ But that wouldn’t have been the same, would it? (singing) ‘I am the carpenter….'”

The song itself can be divided into three parts: The beginning inspired by a police siren (Mister City p’liceman sitting, pretty little p’licemen in a row), the middle a short rhyme about Lennon sitting in his garden (Sitting in an English garden waiting for the sun), and the finale as a truly nonsensical part directed at the students attempting to dissect Beatles songs (Elementary penguin singing Hare Krishna).

“I Am The Walrus” is really three songs combined. And each is more curious than the last.

A shoutout to “Lucy in the Sky With Diamonds” and Shakespeare

As if there wasn’t enough in “I Am The Walrus,” there are a few notable callbacks and allusions in this tune.

In the third verse, there’s the obvious callback to the 1967 song “Lucy in the Sky With Diamonds.” See how they fly like Lucy in the sky, see how they run, they sing. Another allusion in the song is to the Shakespearian play King Lear, specifically Act 4, Scene 6. There’s no significance to the illusion other than setting a trippy atmosphere, and the outro of “I Am The Walrus” includes several lines from King Lear exactly as they were broadcasted on British radio at the time.

Bizarre. Frustrating, even. And yet, we still love it. 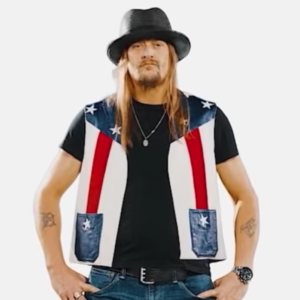 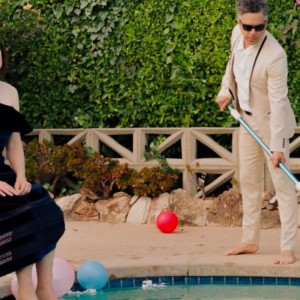