There is no question that Nashville, by way of the UK, married couple Ida Mae is heavily blues influenced. After all, the twosome’s name is taken from a song performed by Lightnin’ Hopkins, the deepest of Delta artists. But Ida Mae isn’t strictly a blues act.

The pair’s 2019 debut, Chasing Lights, mixed sweet folk and raw rock into a powerful, sometimes subtle, wonderfully unpredictable sound. Singer/guitarist Christopher Turpin let some of his punk roots show but they were tempered by wife Stephanie Jean’s lovely vocals and laid back keyboards along with her alternately dusky and contemplative ruminations on life and love.

Ida Mae then hit the road, hard, for nearly two years. They adamantly stuck with the duo format playing venues from large arenas opening for others to intimate bars as a two piece with an amazingly full sound. Everything then stopped for the pandemic, which provided an opportunity to write new music during lockdown. The result is this second collection informed by their touring adventures and somewhat less so by the restrictions the quarantine forced on them.

Like the previous set, Ida Mae mixes styles, keeping one eye on the blues while branching out to soul (“Calico Coming Down”), honeyed, slightly dark folk (“Raining for You”) and gospel inflected roots (“Sing a Hallelujah”). The most memorable tracks reflect a combination of influences as in the jagged, grinding folk rock of “Deep River,” revisited from an EP released last year, and the old Fleetwood Mac (Peter Green era) styled slow burn of closer “Has My Midnight Begun.”

Guests such as young guitar up-and-comer Marcus King and veteran Ethan Johns on drums laid down tracks atop the existing, almost complete, songs sent electronically as files. The multi-talented Turpin (in addition to all guitars he is credited with bass, drum machine, mandolinetto, washboard and other instruments) handled production. While Jean’s input is essential as vocalist, keyboard player and co-lyricist, the music is driven by Turpin’s substantial input.

Harder selections such as “Long Gone & Heartworn,” the Zeppelin/Jack White icky thump underpinning, the lyrical warning of the title track to not “sound and dress alike” and the gritty swamp infested slow blues of “Mountain Lion Blues” are the most obvious showpieces. But it’s the yin-yang between them and the more reserved, ominous, electronic percussion of “Little Liars” or the ruminative, yearning, banjo enhanced opener “Road to Avalon” that makes Click Click Domino such a varied, enticing and alluring listen. It expands Ida Mae’s boundaries, revealing new layers on each playing. 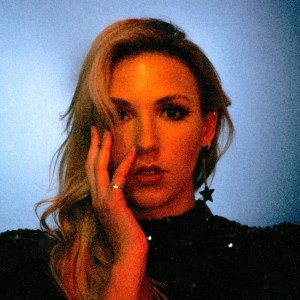 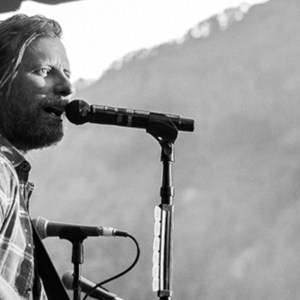