“Let there be songs to fill the air.”

If there was one lyric that summed up the collective sentiment of this year’s Songwriters Hall of Fame newest members, that line hits the mark. Taken from the Grateful Dead’s “Ripple” and written by new inductee Robert Hunter, with music by co-inductee Jerry Garcia, the lyric speaks of the simple power of music. Each of this year’s inductees, in their respective speeches, spoke of wanting their songs to be heard, whether it was an audience of one or a stadium full of fans singing along. “I write songs,” said Linda Perry, the writer/producer of “What’s Up” and “Beautiful.” “Whether you listen to them or not, I’m writing them.”

The 46th annual event, held at New York’s Marriott Marquis, began with Elton John lyricist Bernie Taupin (a previous inductee and champion of American music) inducting the late blues legend Willie Dixon. “There’s no other songwriter who dominated post-war blues more than William James Dixon. He wrote the blueprint for a thousand fledgling young bands. In the early ‘60s, every rock and R&B band, especially those in the U.K., would have had a much shorter setlist if it weren’t for Willie Dixon.” Willie’s daughter Jacqueline accepted the award for her late father. “He was such a humble man that I don’t think he would have imagined being recognized by the titans of the industry. His legacy was more about trying to help blues artists learn about business.” Richie Sambora and Ledisi also performed a medley of just a few of Dixon’s many compositions: “I Just Want To Make Love To You,” “Hoochie Coochie Man,” “Spoonful” and “Wang Dang Doodle.”

Cyndi Lauper gave a heartfelt speech thanking the many people behind the scenes who believed in her, including “all the co-writers and bands I’ve worked with, learned from and had the honor to perform with through the years. It’s a privilege to be making music. I still can’t believe that I can make a living making music. Everyone always says (imitating old lady) ‘that’s nice. But what do you do for a living?’” Carly Rae Jepsen paid tribute with a sincere rendition of “Time After Time,” written by Lauper and Rob Hyman.

An unexpected surprise was the appearance of comedian and political commentator Stephen Colbert, who performed a credible version of  “As Good As I Once Was” before inducting Oklahoma native Toby Keith, who has had 60 of his songs on the Billboard charts. The connection made sense when Colbert revealed that Keith was one of the first guests on his show in its early days. After his first appearance on the show, Keith told him “Hey man, you do a great job. Whatever the f#@$ it is you do!” Colbert added: “Toby is a dynamic performer- unapologetically patriotic, opinionated, brash and often controversial, resonating legions of fans by writing up their lives in a very real way.”

Keith was funny, poignant and serious about music creation. Reminiscing about his first days in Nashville, he told the story of walking into the BMI offices. “The first thing I was asked when I came into town was ‘Do you have a publisher?’ I said no and they told me I had to get affiliated. So I went to BMI and they said ‘who are you?’ I said I don’t know. They told me I was supposed to get affiliated. I’m here!” He turned serious and addressed the ongoing battle of songwriters not being fairly compensated for their intellectual property. “Years ago, it was a lot easier. I think about the guy working in a restaurant busing tables. He goes home and works hard writing songs and finally writes one golden song. It’s very important to him. That royalty money that comes in changes lives. It affects his family forever. You have a warrior here in front of you. If you say ‘we need your help’ I’ll be here for you side by side.”

The importance of the award and the event itself was not lost on Keith, who brought his mother, wife and children with him. “Songs are the blood life of any artists. There are many awards shows out there for artists. None of that means anything to me more than this award tonight.”

Robert Hunter preferred to let the music do the talking, with a solo acoustic version of “Ripple.” He gave a short poetic thank you speech before introducing Jerry Garcia’s daughter Trixie and saying “the rest of what I have to say is best conveyed in a Garcia melody.” Zac Brown inducted the pair and performed a rousing version of the classic “Casey Jones.”

The induction of Nashville songwriting legend Bobby Braddock showed the diversity of his catalog. Country superstar Jennifer Nettles performed a moving rendition of the tearjerker “He Stopped Loving Her Today,” made famous by George Jones and often considered one of the greatest country songs ever written. Braddock followed up by stepping up to the piano and singing “I Wanna Talk About Me” a hilarious songs of a man frustrated about not getting a word in edgewise with his woman, delivered in a ‘not-quite-but-almost ‘country rap style. The song was a #1 hit for Toby Keith.

Lady Gaga received the Contemporary Icon Award from Tony Bennett. “He’s always looking out for me and I’m honored he was here tonight.” While watching Linda Perry perform a piano ballad version of “Bad Romance” Gaga said she was reminded of how many bad songs she wrote before hitting her stride. “Then when I was thirteen years old my mom received mail from the Songwriters Hall of Fame about a songwriters group where you could meet other songwriters. I joined and I used to go and play my songs in a roomful of songwriters who were mostly older than me. I was the little lowly young kid with the bad songs. It was an extremely important moment for me because I realized there were people who cared that I wrote music. Not a lot of people do care. But the ones who do are breathing life into the future of music.” She added, “At the end of the day writing songs is what makes me really feel like I matter. I feel like I have a lot of work to do. I’m in my infancy as a songwriter, as my heroes have done things I can only dream of doing. Thank you for honoring me for the only thing I know I have, which is my heartbeat- that I write songs.”

Michael Buble performed “Moondance” before honoring Van Morrison with the Johnny Mercer Award for Songwriting Excellence. Buble recited lines from a classic Mercer song and one from Morrison. “Those are fine examples of songwriting perfection. The songs of Van Morrison have been with us since we danced, worked and held each other up. They’ve lifted our spirits.  His songs belong to the ages and we are emotionally richer for having them in our lives.” The two then teamed up for a rollicking, horn-driven version of “Real Real Gone.”

Morrison was surprisingly upbeat and humorous while echoing some of Toby Keith’s comments about the importance of receiving proper royalty money. “I don’t have a long-winded speech. I usually let the songs speak for themselves. The hits come and go. The performance money hopefully goes on and helps you through the mean and lean streaks. But you still have to keep at it. Thanks to Michael for coming all the way from Vancouver for this. He told me he would do anything for me. So I said “will you put two of my songs, my new ones, on your next recording. He said yes! So, the name of the game is… hustle!”

On the red carpet prior to the event:

Bobby Braddock discussed his career longevity and how some of his songs originated. “I was told that I’m the only songwriter to have a #1 hit in five consecutive decades. Harlan Howard did but I’m the only living person and if I get a hit in this decade I’ll be the only writer in any genre. So that’s a goal for me. It’s always good to have a goal to keep you fired up.

On “D.I.V.O.R.C.E.” made famous by Tammy Wynette: “I was writing a song called I L.O.V.E Y.O.U. and I was stuck. And I got the idea of parents spelling out the ugliness of their divorce in front of their four-year old child.” He jokingly added, “I think it’s a song that shows country music people knew how to spell!”

On “He Stopped Loving Her Today”: “I thought both Curly Putnam (his co-writer) and I had better songs. I didn’t think it was great until producer Billy Sherrill played it for me and I knew it was something special. George’s performance and Billy’s production elevated it to a different step. Billy wanted a recitation part, which it didn’t originally have. So Curly and I wrote that part a day or two before George recorded it. We got it in just at the last minute.”

Zac Brown drew parallels between his road to success and the path forged by the Grateful Dead: “I’ve gotten experience every step of the way and I appreciate everyone along the way who has helped us. There’s no way I could have gotten the band to where we are by myself. The Dead were pioneers of so many different things we use today, from technology, designing PA systems, to fan-based and cultural. The spirit of the music and having a culture around the fans- that’s the magic that was created around the Dead for me.  The fans have each other. The loyalty. People gave up their lives to be around each other and music was the root of it. So many lives were touched by the Dead’s music. It perpetuates.”

“The lyrics and the art of a song are very important to me.  The Dead’s songs are awesome. There’s a freedom and spirit instilled in them. Music, when it’s done well, makes you feel something. You can listen to their music and have a great time. It enhances your mood. We have to fight today for what’s commercialized. The poetry in a lot of popular songs today is not as forward as it used to be. I’m proud to be here today to honor those who did an incredible job for so many years.”

On songwriting- “At first I was writing songs as therapy, writing sad songs. And then I realized I wanted to write music that I wanted to listen to. I was 19 or 20 when I realized I could look out in a bar and see people having a really good time. The music was translating. People were taking it in and I realized the power of a song. And that’s what we’re chasing everyday, trying to make every one count.” “I’m always writing. On the tour bus after a show I’ll be up to 5 am writing with my partners. We lock in and write. I’ve written some songs that have become hits on my own. But I’m communal when it comes to creating music and I like it that way.” 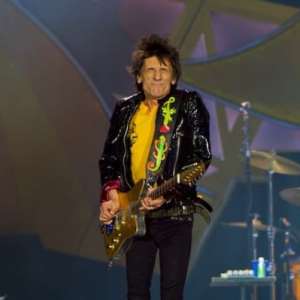 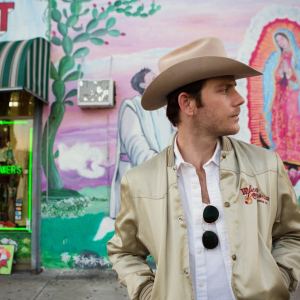