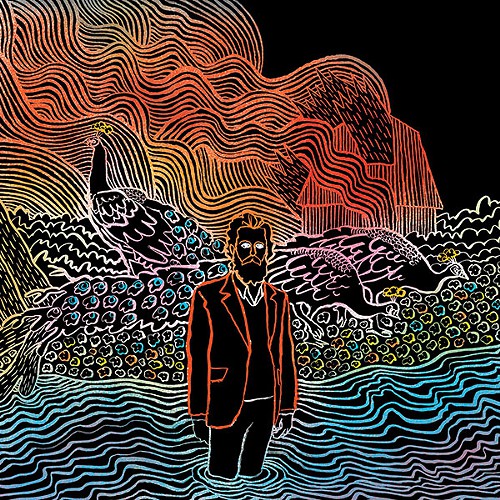 Sam Beam, the bushy-bearded king of folk otherwise known as Iron And Wine, has gone off the rails and onto the highway. Iron And Wine’s first two studio albums, 2002’s The Creek Drank The Cradle and 2004’s Our Endless Numbered Days, were whispered, love-drenched acoustic affairs, the stuff of a million dreams in woods and fields, and earned the band a devoted following. 2007’s The Shepherd’s Dog marked Beam’s path out of the forest and into a more expansive, experimental, even electronic sound, pushing the boundaries of his musicianship while maintaining much of what made the band what it was. Kiss Each Other Clean is Iron And Wine’s first studio album since then, and anyone who thought he might head back towards his earlier work with this release was sorely mistaken. Kiss Each Other Clean, like The Shepherd’s Dog, is in many ways a mixed bag, evidence of Beam continuing to experiment, but the new album goes much further afield than his 2007 effort. Thankfully, however, for the most part it retains Beam’s gentleness, the swelling, warmed honey sound of his voice, and the gorgeous imagery infused into his lyrics.

Beam’s lovely storytelling and inventive, eloquent imagery are much of what made his soft-voiced folk so singular to begin with, and in this direction too he is expanding on his repertoire. There are still the wistful teenage love stories, like the tender and nostalgic “Tree By The River,” with lines like “I mean the world / To a potty mouthed girl / And a pretty pair of blue-eyed birds / ‘Time isn’t kind or unkind,’/ You liked to say.” However, some songs are darker and more aggressive than what we’ve seen from the band before. “Rabbit Will Run,” with its ’80s-esque pop melody, sounds like Paul Simon at his most sinister, and “Big Burned Hand” opens with “When the arrogant goddess of love came to steal my shoes / She had a white-hot pistol and a homemade heart tattoo” and closes with “When the curtain rose the crown was blown away / While the lion ad the lamb kept fucking in the back row.” Talk about blown away – these lyrics are explosive.

The album is definitely a departure from the folk songs of the past, however. Even with the hints of round, retro bass and sax that precede it in “Me and Lazarus”, the intro to “Big Burned Hand” is something of a Dylan at Newport moment. The song is an unapologetic 70s-style funk groove, wriggling horns and bouncy back beats and all. Not that it’s a bad song by any means, but this is a man who made his career – and fan base – on songs that were the sonic equivalent of tucking tawny hair behind ears and whispering in wheat fields. And now he’s got women doo-wopping in the backround of ‘Half Moon’. It’s an adjustment, and though ultimately the songs work on their own, there will likely be a little bit of push back from the Iron And Wine traditionalists among us.

Thematically, the album airs many of the same preoccupations Beam’s been slinging since 2002: desperately felt love, religious imagery and nature metaphors. There’s also a somewhat overdone recurring river theme – overdone in the sense that only two of the ten tracks on the album don’t have the word ‘river’ in them. In an interview with Billboard.com, Beam explained, “It’s a classic metaphor for life, sometimes as a force of destruction, sometimes it’s redemption or rejuvenation. It’s fun to have the same image crop up in different songs and be presented in totally different lights.” They may indeed have ‘cropped up’ – after all, some of the songs on this album were written as long as ten years ago, and some just before recording sessions started, so one can imagine Beam rediscovering a river fascination as he pawed through his past material.

The wide span of time that Beam drew his material from could be part of why the album feels uneven on first listen. ‘Monkeys Uptown’ sounds like it could have been a track meant for The Creek Drank the Cradle that was sped up and slathered with a synth back beat. This still makes it better than most songs with a synth back beat, but it feels slightly incongruous.

Ultimately, however, once you’ve gotten past the nagging feeling that you’re not really listening to the Iron And Wine you thought you knew, you realize that you are, and that many of the songs are wonderful. “Half Moon” is lovely and delicate, doo-wopping and all, and closer “Your Fake Name is Good Enough for Me” is a tense, expansive epic, draped in fuzzy guitars and jazzy melodies. “Glad Man Singing” is full of light in the same way many of Beam’s classic songs are. So perhaps Beam knows what he’s doing after all, and I suspect that his die-hard longtime fans will follow him onto this new plane. As another folk hero once wailed, when you went electric, Bob, everything changed. But it turned out all right that time, too. 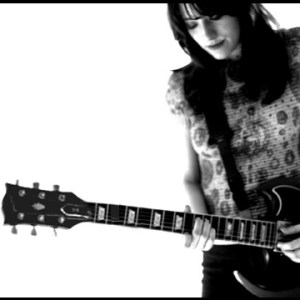 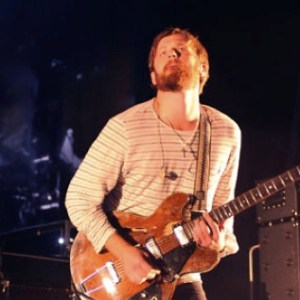