“I’ve had weirdly good luck during the pandemic,” Jack Newsome told American Songwriter. “A lot of amazing things have happened for me.”

While Newsome’s pandemic experience certainly hasn’t been the universal one, there are still plenty of Americans who feel very similar to the 24-year-old songwriter. Despite the struggles spurred by the unprecedented health crisis and economic turmoil, many folks have been lucky enough to actually have pretty good years. Nonetheless, that doesn’t mean that they were immune to the anxiety and uncertainty that came along with it all. A complex and difficult thing to process, Newsome decided to take all of his reflections and put them onto the page—the end result was his beautiful new single, “The Year The World Stood Still,” which dropped on January 8.

“I wanted this song to be all-encompassing,” Newsome said. “There isn’t really a bias on it. It’s not like a ‘This is right, that is wrong’ type of thing. It’s more of a holistic snapshot of the year. I don’t want to sound like I’m complaining or anything because I know that there are a lot of people who have had their health compromised or have lost loved ones or have lost their jobs. For me, I just lost my flexibility and ability to see people. So, thematically, I want the song to age like fine wine. I want this song to reach its peak in, like, 20 years or so. Once we fully have COVID-19 under control and everyone is fully vaccinated and healthy, I want people to be able to sing the song to the next generation of kids. You know how old people say ‘Well, back in my day’? I want this song to be like that for us when we get old.”

And it’s true, the song is littered with references to the year’s odd and unimaginable sights, which will surely be remembered for generations to come. “There’s one lyric: ‘When you’re waving your goodbyes/ underneath the blue-ish skies,’” Newsome said. “The ‘blue-ish skies’ part hints to the drop in air pollution once traffic stopped because of the quarantine. I remember I was in my backyard looking up and the sky was the clearest it’s ever been in Los Angeles—there was no smog, nothing. At night, I could see every single star. That’s so rare in Los Angeles because of the air pollution. So, that’s an example of me trying to highlight how weird this year was.”

Like most songs released since the onset of COVID, Newsome wrote and recorded this song at home, using the resources around him—namely, his roommate. “I remember the day I started writing this song,” Newsome began. “It was a month or two into quarantine and it was really bleak. I think everyone remembers when we thought the dust was going to settle, but it didn’t, and then we realized that we were going to have to continue staying home. My roommate, Connor—who is a songwriter himself—got so bored that he pitched a tent in our backyard, just trying to escape somehow. So, he was sleeping out in the backyard for a couple of days. At that point, the title popped into my head and some of the melodies started bouncing around. So, I opened up the window and shouted to Connor ‘Hey, if you’re not busy, come in here and help me with this!’ He did come in and it ended up being one of those songs that came out super quickly. You blink, and it’s materialized. It’s such a magical and personal song to me, I was really thankful that he could come on the journey with me.”

From there, Newsome got busy recording. “I love to demo when I write—I’m a very impatient creator, so I like to hear it take form while we’re writing it,” he explained. After fleshing out the ideas to the point where it started to feel whole, Newsome sent the track to his producer, Cambo (Doja Cat, Bea Miller).

“At this point, Cambo has become my right hand,” Newsome said. “He can hear what I am hearing and then execute it 10 times faster than I ever could. I had about 80% of the track done—a lot of the drums, percussion and bass stuff—when I handed it off to him. He put his magic touch on it and glued it all together. That part was really fun to work on.”

In the end, “The Year The World Stood Still” is a golden-hearted, sentimental demonstration of hard-hitting pop prowess. By building on his Berklee education (he attended two years before moving to Los Angeles), his time spent on NBC’s Songland and his experiences over the past several months, Newsome has synthesized his talents into a beautiful expression.

“This is the first time that I’ve been so personal in my music,” he said. “I think it took a little longer to get used to than I expected. I was so used to writing for pitch, writing for other artists and making songs as universal as possible. While that’s a good thing to have in my back pocket, I think people sometimes prefer things that are more personal. I like that this song isn’t just another love song, it’s actually, genuinely soul-baring. So, I hope that this song allows for people to get to know me a bit better.”

Get to know Jack Newsome a bit better and reflect on the past year by watching the official live session for “The Year The World Stood Still” below: 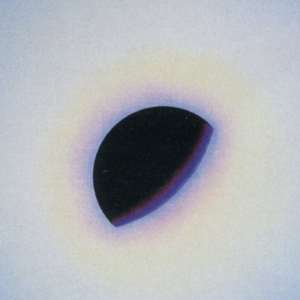 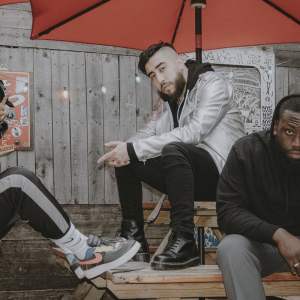