So often in soul music, there is sadness, suffering, desperation. And then there is James Carr. He seems so far beyond these emotions, that, by comparison, other vocalists sound like petulant children when they weep, wail or moan. James Carr is the voice of terrifying resignation, paradoxically presenting his plummy tone, careful phrasing and extraordinary pitch while he sings, seemingly, from hell. It’s not so much the location that is so frightening. It’s the fact that he sounds so unsurprised about being there. Sure, there’s real dread in his pained baritone, but Carr’s voice carries an eerie undersong. Yep, this is where I figured I’d end up, he seems to be saying, with an unnerving acceptance.

Born to a Baptist preacher’s family in Coahoma, Mississippi in 1942, Carr began by singing in various gospel groups as a young man, while holding down a day job. But he faced even worse problems than most Afri-can-American artists of his day. It seems that James Carr also suffered from bipolar disorder which, in part, enabled him to have an extraordinary amount of empathy, an understanding of suffering, but also derailed his life and career on numerous occasions. This condition sadly served to reas-sure him that no matter how happy he might feel on certain days, hellish times were never too far away.

His first real hit was the appropriately titled “You’ve Got My Mind Messed Up.” Interestingly enough, it’s not terribly convincing. It’s a workmanlike knockoff of a song that should’ve been given to someone else. In fact, considering the resemblance, that someone should’ve been Otis Red-ding. It’s a cool enough ballad, with the appropriate horn charts and authentic feel of R&B. Still, it’s clear, that despite the ominous title, Carr had not yet found his voice. He’s really doing his very best Otis — the begging, the pleading, those famous nah nah nahs. Carr sounds lively enough – his voice is an instrument to marvel at – but the overall vibe is wrong. This James Carr still believes, in love, in life, in charming his way through it all. He would soon break through to his truer, darker self, and then the Otis in him would be gone, leaving him with nothing. But, as Paul Newman once claimed, “Sometimes nothing can be a real cool hand.”

His next hit was where Carr put his stamp on soul music forever – where he realized that even with all the good luck that lingers in this world, none of it was ever going to befall a guy like him. I’m talking, of course, about Carr’s most famous song, “The Dark End Of The Street.” This is where you go to get not just the gist of the man’s singing genius, but his al-most unbearable fatalism. This exquisite soul standard, about a secret, tor-tured love affair, has always had a quietly hair-raising quality to it, whether sung by Linda Ronstadt or Aretha Franklin. But Carr’s rendition is at once the loveliest and the most disturbing. When he gets to the line, “They’re gonna find us,” his hopeless acceptance is more chilling than a thousand anxious exclamations or vocal tricks. This is a man who finds little surprise at life’s cruelest fates. He sounds as if he knows them all by heart. And he is certain, as with everything else that has happened to him, that this ro-mance is going to end very badly.

Along the way there were ghastly incidents. Like the time Carr, sing-ing in Japan, apparently overdosed on antidepressants and froze in front of the audience, though, soul man that he was, he rallied and finished his tour there to great success. He was nearly forgotten until 1986, when writer Peter Guralnick published his book Sweet Soul Music, which renewed interest in Carr and he began to record again, though without chart success. Unsurprisingly, his life was brief. James Carr died from lung cancer when he was 57.

Though his span was short and unsweet, Carr still managed to make an indelible mark on music. And one can only imagine that when he knew he was dying, he probably accepted it with the same sense of quiet horror he put into his songs. In fact, there’s another notable song of Carr’s that seems to perfectly sum up his coal-dark life. The tune is “Pouring Water On A Drowning Man.” He sings the song as if he’s quite aware that one horror will always be followed by another. Still, there’s a sense at bottom of gritty perseverance here, too. James Carr, for all his fatalism, never lost his oddly-powerful resilience. In other words, when you’re drowning and they’re pouring water on you, brother man, all you can do is keep on swimming. 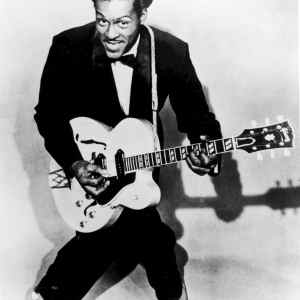