There’s a “New York State of Mind.” We love L.A. “cause the sun is shining all the time.” Chicago toddles — whatever that means. “London’s Calling” — even though its bridge is falling down. “April in Paris” makes your heart sing — unless, of course, you left your ticker in San Francisco. In Rome, “Three Coins in a Fountain” hope for a blessing. After diggin’ those guitar-pickin’ “ Nashville Cats,” don’t miss the “Last Train To Clarksville” or you’ll never catch the “Chattanooga Choo Choo” and your connection on the “ City Of New Orleans.” Avoid “El Paso” or you might fall in love with a wicked Mexican girl. “Kansas City,” too, has its share of crazy little women. “Cleveland Rocks.” Detroit, however, is Rock City. Philadelphia = Freedom. It might be “Tulsa Time” but “By the Time I Get to Phoenix,” by way of Galveston, she’ll be rising.

Cities,it seems, have always inspired songwriters. Tunes about Little Rock, Rio, St. Louis, Tokyo, Wichita, Bangkok, Tupelo — even fictional map dots like Mayberry — evoke longing, romantic imaginations, and stirrings of nostalgia. Curiously however, the municipality boasting more mentions in more song lyrics than any other on Terra Firma is a mid-sized, American burg situated on the banks of the Mississippi River. And to prove that audacious claim, the Memphis Rock N Soul Museum compiled a list of more than 1,000 renditions of nearly 800 individual copyrights that refer to its hometown by name.

Certainly, when it comes to being fodder for song, Memphis has a big leg up. I mean, Elvis, right? The provocative, primitive noise blasting out of southwestern Tennessee in the mid ’50s turned the entire planet on its ear! To boot, during the following decade, R&B and Gospel birthed a baby there, a world-famous child they christened “Soul.” However…

As it turns out, tunesmiths had been putting Memphis to melody long before Sun Studios and Stax Records existed. In 1912, W.C. Handy’s “ Memphis Blues” became the first blues song ever published and subsequently enjoyed popular interpretations by Duke Ellington, Harry James, and many others. In 1926, Bessie Smith hit with “Jazzbo Brown from Memphis Town.” Memphis figures prominently in Jimmie Rogers’“ Blue Yodel #9” (1930) and the Harold Arlen/Johnny Mercer standard “Blues In The Night” (1941). The legendary names who have recorded those two titles would take up this entire page.

So, for more than a century, Memphis has played the leading lady in song — songs about bein’ on the way there, rollin’ down there, goin’ back there, and gettin’ outta there, bein’ 100/30/18 miles from there, or just a mile outta there, a day past there, or spending seven days there. Songs describe Memphis in May, in June, and “in the meantime.” Singers wail about taking their last run there, how they should-a been from there, or that you really don’t have togo there. They beg to be taken there. Some even feel compelled to admit that they’ve never been there or declare that they ain’t goin’ there.

Songs cajole us to meet in Memphis. A handful trace the route there — from as close as Montgomery and as far away as Oakland, Galway, even Maui. Somebody with the dubious moniker Elvis Hitler recounts a sojourn “From Berlin To Memphis.” Others reveal their next destination — New Orleans or Frisco. Merle Haggard praised Jesus for leading Elvis “From Graceland to the Promised Land.” Finding himself “Stuck Inside of Mobile” with that timeless W.C. Handy tune ringing in his head, Bob Dylan yelped, “Oh, Mama! Can this really be the end?”

The Memphis of song has a beat, a groove, a shake, a shuffle, a stomp, a rag, and a thang. It boasts of an angel, a pig, a pearl, a shroud, and a “ Music-Makin’ Mama.” Confederate Railroad bowed to its queen, while Sponge ogled its drag queens. Memphis is jellyroll, hip shake, rain, heat, midnight, morning, and moon. You can procure a “ Memphis Exorcism” or catch the “ Memphis Flu.”

St. Louis native Chuck Berry (whose career launched out ofChicago) holds the trophy for the most-recorded Memphis song ever. “ Memphis, Tennessee” (aka simply “Memphis”) counts more than 70renditions by everyone from Flatt and Scruggs to Morrissey. In addition to the plethora of early rock and roll, blues, R&B, and country performers who have honored Bluff City in song, classic rockers Lynyrd Snynyrd, the Stones, the Allmans, and CCR, singer-songwriters Elton John, Billy Joel, James Taylor, and Joni Mitchell, and alt-rockers White Stripes, Smashing Pumpkins, Talking Heads, and Beck have all contributed to the abundance of Memphis songs, as have hip-hop pioneers Run DMC, Ice Cube, Snoop Dog, and P-Diddy.

Dylan and Haggard both made reference to Memphis in four separate recordings, John Hiatt and Chuck Berry in five, Johnny Cash in six. But the clear champion for Memphis song mentions is homegrown, Oscar-winning, horrorcore rap ensemble Three 6 Mafia — with 22 titles on the list.

Paradoxically, the most famous Memphian of all only uttered his hometown’s name on one record — and not in a particularly positive context. Jerry Reed’s “ Guitar Man” has The King snarling,“ I nearly ’bout starved to death in Memphis. I run outta money and luck.” True, Elvis finally did run out of luck there. But being broke and missing meals? I’ll believe that when pink Cadillacs and fried peanut butter, banana, and bacon sandwiches fly. 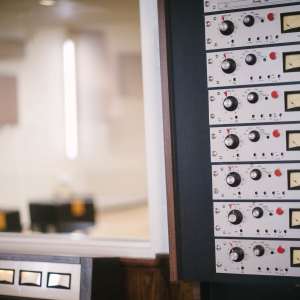 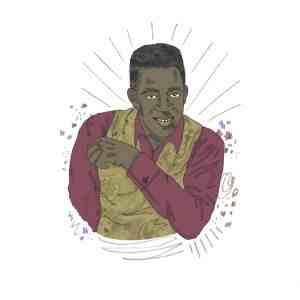