James Taylor and Carly Simon were two of the most iconic voices of the ’70s. The singer-songwriters married in 1972 – a year after their relationship began – sparking a period of effervescent romance, a number of iconic duets, and loving odes to one another that have become enduring hits.

Their marriage lasted a decade with the couple calling it quits in 1983. Simon revealed in her memoir, Boys in the Trees, that “Our love became bipolar, switching from love to hate, lust to loathing, and back again, sometimes within a day.”

The pair have cited a number of reasons that led to the end of their marriage, with their parallel careers being a large contributing factor. In a joint interview with Rolling Stone (circa the ’70s), they admitted they felt a sense of competition. “I was afraid to say anything negative about her music. Any criticism that I had, I felt would make her dislike me,” Taylor shared, while Simon added, “I feel as though I’m walking on hot coals.”

Regardless of their reason for ending things, the high and low points of their relationship have been bottled up for us to revisit within their music. Below, we’re going through six songs from Taylor and Simon that are pointed at one another.

Taylor mentions Simon by name in this 1977 track singing, So though I never say that I love you, I love you / Darling I do / Carly, I do love you. Despite being released just a few years before the pair would divorce, it seems they were living in martial bliss at this time judging by how Taylor waxes poetic about their relationship.

2. “Devoted To You” (Carly Simon and James Taylor)

One of their many duets, “Devoted To You” earned Simon and Taylor a spot on the Billboard Pop Singles Chart in 1978 and rose to No. 2 on the publication’s Adult Contemporary chart. Though the most well-known recording of this track was done by The Everly Brothers, Simon and Taylor make the line I’ll be yours through endless time even sweeter (or perhaps bittersweet looking back) with their voices perfectly complimenting each other.

Taylor and J.D. Souther wrote this song together as both of their marriages – to Simon and Linda Ronstadt respectively – were ending. The song tells the story of a woman who is left alone to fight small-town gossip on her own after a breakup. Though the pair have never confirmed who the song is about, lyrics like She gets the house and the garden / He gets the boys in the band point to Taylor’s relationship with Simon.

Simon once said that “The Right Thing To Do” was one of her “absolutely undisputed songs about James.” Written three months into their relationship, Simon is both romantic and realistic about where the pair are heading. And it used to be for a while / That the river flowed right to my door / Making me just a little too free / But now the river doesn’t seem to stop here anymore, she sings. After getting down a first draft of the lyrics, Taylor went back and fine-tuned what is now the finished product.

Simon and Taylor recorded this Inez and Charlie Foxx duet for Simon’s Hotcakes album. The personal album dictated her feelings while being married to Taylor and pregnant with her first child. Based on the lullaby “Hush Little Baby,” “Mockingbird” turns the familiar refrain on its head, effectively making it a breakup anthem. Simon sings, And if that mockingbird won’t sing / He’s gonna buy me a diamond ring / And if that diamond ring won’t shine / He’s gonna surely break this heart of mine.

Featured on Taylor’s album Gorilla, “You Make It Easy” sees Taylor in a bar somewhere escaping the “fuss and fight” he’s getting from his wife. While drowning his sorrows, he weighs the pros and cons of playing away from home. He sings, Now me and my wife / We’ve got the rest of our life / To make this thing right / But you and me will only see tonight. Released while Taylor and Simon were still married, it’s easy to make your own conclusions as to what this song is about. 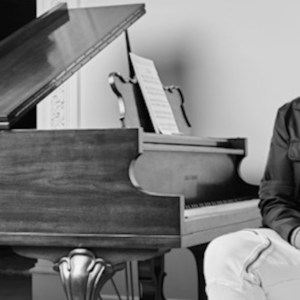