Perhaps the most famous musical widow of all time, Yoko Ono, has released a new art project for people and fans to purchase called, “Mend Piece For John,” in the wake of the new Disney+ docu-series on her late husband’s famed band: The Beatles: Get Back.

Available from the Whitechapel Gallery HERE (and shipping in December), the piece is creative and thoughtful and expresses a sense of hope and possibility even in the face of sadness and demise.

In essence, the piece is comprised of a broken ceramic mug, along with glue and ribbon that people can put together and feel the satisfaction, presumably, of constructing something rather than destructing.

The Whitechapel website reads: “During her Whitechapel Gallery exhibition, visitors are invited to respond to an instruction from Yoko Ono; to enter the gallery, take a seat at a table on which are placed broken fragments of ceramic cups and saucers and some simple materials for repair—scissors, glue, twine, and tape.

“Once finished ‘mending’, visitors are invited to display the results of their efforts along the shelves on the walls. This edition is conceived as an extension of Ono’s Whitechapel Gallery exhibition.”

According to the art site, Yoko premiered this idea in 1966. That was the same exhibit where Ono and Lennon met on November 9, 1966. She was preparing the exhibit and gallery owner John Dunbar introduced them.

Ono has been a central figure in The Beatles: Get Back, sitting directly by Lennon during band rehearsals, quietly, but always present throughout the three-part series’ nearly eight hours of footage.

The Whitechapel site continues: “Ono first presented this work as Mending Piece I at her 1966 solo exhibition at Indica Gallery, London, a renowned centre for countercultural art. Titled Yoko at Indica: Unfinished Paintings and Objects, almost every work in the exhibition was designed to be completed through the actions of visitors.

“Such instruction-based works established Ono as an important figure in the development of both Fluxus and Conceptual art. Her extensive career has since spanned performance, writing, visual art, experimental music, and film. A commitment to participation and collaboration has also informed ongoing and tireless campaigns for peace and non-violence.

“Mend Piece For John, (1968/2021), relates to an edition created by the artist in 1968. The edition includes the same instructions and poem as the original but combines this with different materials, conceived especially for Ono’s Whitechapel Gallery version.

“Both Mend Piece For John and MEND PIECE for London draw on the Japanese tradition of kintsugi, the art of repairing broken pottery using lacquer mixed with precious metals such as gold and silver. The process nurtures breakage as an important part of an object’s history, rather than seeking to disguise it. In this artwork, the physical act of repair becomes a timely metaphor for a different kind of mending which takes place in the mind and through community.”

Earlier, Ono also shared an article from Uproxx about her not being the one to break up the Beatles. In the wake of the new docu-series, people are rightfully reconsidering her role in the Fab Four’s demise. 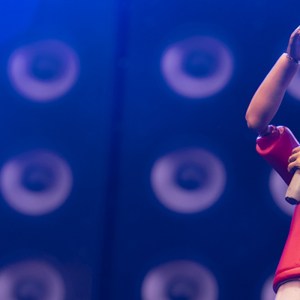 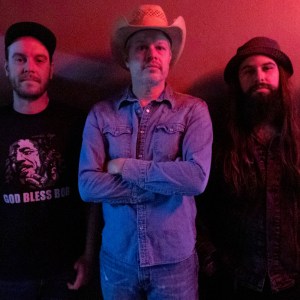