I prayed to the heavens while digging a grave, weeps Jeffery Straker. Two months after his mother’s unexpected and sudden death, the Canadian artist turned to songwriting for healing amidst such personal upheaval. “It was a time of reflection, naturally, and some memories became so crystal clear,” he says.

While coming to terms with what happened, this apt lyrical thought struck him like a bolt of lightning: I thought of my mother and my childhood room / I swept off the cobwebs with an old corn broom. Straker didn’t actually end up using that line in the final version, but “it started the process of writing what would become the lyrics,” he tells American Songwriter. “My mind was churning on a lot of thoughts about mom, and some were coming into my head as lyrics or rhymes. I also found—as odd as this might be—that the memories coming back to me were almost accompanied by music. Old time music specifically.”

His mother, a fiddle and piano player, adored old-time songs, so it seems fitting Straker’s memories would be etched with her favorite style of music. “I’d written several songs about her in the months after she died. They felt necessary; sentiments that needed to come out of me as a sort of therapy perhaps. It was a bit like I was full to the brim,” he continues, “and in order to be able to take anything else in, these songs first had to come out. When you lose someone as close as your mother, you get hit with a hefty reminder of ‘mortality.’”

Deep reveries then took him on a much richer pathway, and Straker began winding through his past—“a little lyrical journey into reflections on past love, loss, and regret, accompanied by the gratitude of being able to look back on it all knowing I’ve really been trying my best,” he says.

“Play That Song Again,” produced by Russell Broom—with piano, drums, and bass recorded live off the floor at OCL Studios in Calgary—reveals itself as “an ode to being able to celebrate memories versus wanting or trying to ignore them. I think it’s a reminder to live life in a way that I’ll want to look back knowing that I tried to make it all count,” he reflects. “I think that’s what we all strive for really.”

Musically, Straker leans into the 3/4 waltz feel, a form that naturally sprung out of his head to his fingertips. “Sometimes, I’ll muck around with time signatures to see if a song would best be served in a ‘3’ feel or a ‘4’ feel, but this one was definitely a waltz. A waltz suits the story and nods to the nostalgia.”

Alongside musicians Adam Dowling (kit), Kurt Ciesla (upright bass), Broom (guitar, banjo) and Denis Dufresne (fiddle), Straker immerses the listener into the sweet yearning for the past. Vocals were later ironed out at Broom’s own studio, The Broom Closet, and the resulting quality is warm, soothing, and inviting. “The ‘feel’ of the song takes me to a simpler time. Even if I can’t really pinpoint a specific event, the old- time waltz feel to me is like wrapping up in a nice well-worn old blanket,” he says. “It’s like a comfortable hug while you ponder some of the big stuff in life. I think the piano-driven instrumental in the middle of the song does its job. It’s meant to just let the listener kind of float in it and maybe whirl around a dancefloor somewhere imaginary and just be somewhere else for a minute.”

The four-minute musical daydream will perhaps provoke plenty of existential thoughts and questions in the listener’s own experience. “The song is a bit of a soundtrack to that kind of inward gaze. In the pace that life seems to have taken on, we all seem to be racing for the next thing in front of us while losing track of the rear view mirror,” offers Straker. “The song makes me ask myself ‘where have I been?’ and then also ‘where am I headed?’ And I hope listeners are put into that kind of headspace, too. The natural next question is to then ask yourself, ‘Where would I like to be headed?’ Of course, sometimes where you’re headed and where you’d like to be headed aren’t the same place. The wrestling match between those two is the stuff of life. I hope the song helps people seek some contentment in answering these questions.”

Originally from Punnichy, Saskatchewan, Straker grew up an avid student of classic piano with a healthy diet of country and folk music from his parents’ collection. Names like Hoyt Axton, Loretta Lynn, Hank Snow, and Kenny Rogers carry great significance, while he was also absolutely enamored with pop songwriters like Elton John and Billy Joel. “I was a guy playing piano who wanted to sing. I listened to them for years on rabid repeat,” he says. Later, he eventually found his way into the work of John Prine, Gordon Lightfoot, Joni Mitchell, and Neil Young.

Straker, now based in Regina, Saskatchewan, finds inspiration hitting him most when he’s out running. “I tend to get bombarded with new song ideas and lyric fragments when I’m in motion. I find that once I’m 1-2 kilometers down the running path, and my conscious brain has disengaged, my subconscious can then kind of engage and work away in the background. And then, like magic, comes a stream of ideas. I find that this same sort of thing can happen for me on airplanes and in subway cars, too.

“Being in motion gives me just the seeds of ideas that I need to then take to my piano to work on. I ‘water and fertilize them’ there at the keyboard and help them grow more,” he continues. “But those seeds seem to most often come from motion. I recently heard Margaret Atwood talk about her discovery that ironing, and the mindless repetitive motion of doing that, is what let’s her brain disengage to create.”

“Play That Song Again” comes on the heels of another new song called “Ready to Be Brave,” released earlier this year. Both tracks sample Straker’s forthcoming album, Just Before Sunrise, out May 7. Earlier this year, Straker was named Roots/Folk Artist of the Year at the 2020 Saskatchewan Music Awards.

Alongside the new song, the singer-songwriter has also announced a handful of virtual album concerts. Check out those dates below. 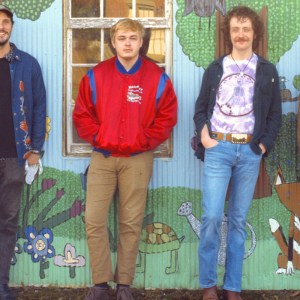 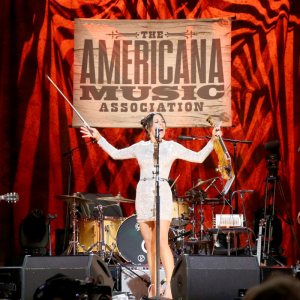