War is hell…but so is love. At least according to singer/songwriter Jill Andrews.

Her third solo album—with an associated book entitled Thirties: The Album in Portrait and Prose, released simultaneously– comes after a difficult time spent struggling as a single mother following a fractious breakup. But this is no ordinary look at a crumbling relationship. Rather Andrews owns her newfound single life, reflecting on the bad times but never dwelling on them in songs like “Back Together” where she sings “We’ve already played this song/And the magic is gone.”

As a veteran of the critically admired everybodyfields and Hush Kids, plus her previous solo work, Andrews at 39 is a veteran of sorts in the Americana genre. Even though these songs often question where she stands, the music is delivered with sincerity, composure and a self-awareness that only substantial previous experience in the studio brings.

The regrets she expresses in the acoustic based “The Party” in lyrics, “Take me to the party/Feels like I am missing out/… I want to get drunk and loud… I want to remember/What freedom feels like” are delivered without anger or resentment, but rather a simmering frustration as she realizes what her life may no longer hold. It’s followed by the low key yet funky “Gimme the Beat Back,” the disc’s most upbeat moment, and an obvious single, where Andrews states that, “Hearts are made to break/But hearts are made to heal.”

Generally though, her expertly crafted songs are pensive with bittersweet melodies. You’ll be falling into them even if you haven’t experienced the difficulties she details with a poet’s eye and a musician’s sure hand throughout these 13 stellar tracks.  “Just when I think I’ve found my feet/Love’s always chasing after me,” she muses on the possible advent of another love affair, surely a universal concept for anyone recently single after a history of difficult romances.

Musically there are echoes of the Indigo Girls’ more folksy side, especially since Andrews’ voice bears a passing similarity to that of Emily Saliers. Like Andrews’ balanced lyrics, the songs are never mired in darkness. Instead she considers her relationship ups and downs in sympathetic singer/songwriter tunes with subtle hooks and gently layered instrumentation that recall the better aspects of the 70s Laurel Canyon scene.

It’s arguably Andrews’ finest recorded work, one that will surely stand the test of time regardless of whether you are approaching, in the midst of, or well past your thirties. 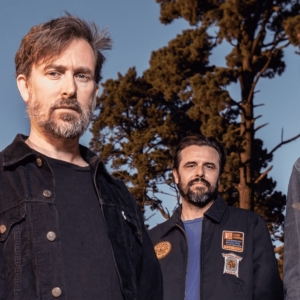 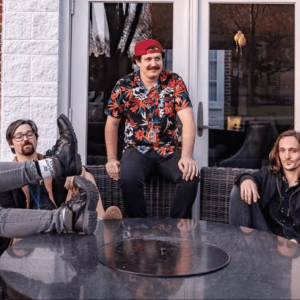