Around the 1:40 mark of “You Get To Rome,” the second track on Jim James’ fourth solo album, Uniform Distortion, a funny thing happens. Literally. He starts laughing. It’s a disarming moment, a peek behind the curtain of a professional recording session that offers a glimpse of the human moments that listeners don’t always get to hear. In a different context, something like that would have been edited out, or a producer would have the singer simply record another take without slipping up. But perfection wasn’t on Jim James’ mind with this record. He made a point of leaving some of the little imperfections, blemishes and, yes, even laughs on the album.

When James recorded Uniform Distortion, he wanted to capture the loose, freewheeling vibe of the sessions, all of which came together pretty quickly and without much agonizing over the tiniest details. That approach, he says, is a much more rock and roll way to go about it.

“That was part of the fun of the record. Just goofing off with my friends and laughing,” he says. “If everyone feels comfortable, you can take the pressure away and just have fun. I wanted someone to listen to the record to feel the fun that we were having, so I left that stuff in there instead of taking it out and cleaning it up. Which someone would normally do, probably, because it’s so easy in ProTools to just chop out that laugh. But I feel like that’s been detrimental to rock and roll. Any singer will tell you that we’re glad we can so easily take a cough out or fix a bad note. It’s a cool thing, but like anything else you can start to abuse it. Before long, the computer’s singing and you’re not singing anymore.”

Uniform Distortion is as warm and loose a record as James has recorded in his 20-year career. After years spent pursuing a continuously growing ambition with his band My Morning Jacket, from the sprawling psychedelic sounds of 2003’s It Still Moves to the stylistic diversity of 2008’s Evil Urges, James has gotten back to basics in a way. It still, in large part, sounds connected to the work of James’ band — the soulful, psychedelic pop of “Throwback,” for instance, feels like an extension of some of My Morning Jacket’s most accessible material. But there’s a ragged, rollicking sensibility that sets it apart as well. “Out of Time” is a garagey and grungy standout, all fuzzy guitar riffs, and “You Get To Rome” has a glam-rock strut about it. It’s the most James’ music has ever sounded like the New York Dolls, and it’s infectiously campy.

There’s something comforting about Uniform Distortion in that sense. It’s an album that’s meant to feel good when you hear it, neither a passive listen nor a highly analytical one, but a record whose lived-in sensibility is easy to warm up to. In fact, the experience of listening to it mirrors that of the lively recording sessions, which are as much fun as James says he’s ever had in the studio.

“I didn’t even write the songs, they just kind of happened. They all fell out,” he says. “I don’t even know. It’s weird. Sometimes with records, you have a clear recollection of writing songs, but this record, like the songs all just kind of came out in this blur … I mean, I remember, but there wasn’t much of a process. That was one of the biggest points of this whole record. There wasn’t much of a process. I wanted to make a record without analyzing it a lot.

“We just went into the studio and banged it all out,” he continues. “It was really fun.”

Part of the unique sound of the record comes as a result of a piece of equipment that James used. Recorded in Louisville, Kentucky with producer Kevin Ratterman and routed through a homemade console that was built in the ’70s, Uniform Distortion takes its name from the warmly fuzzy sound that the piece of vintage equipment applies to each track. It’s part of what gives the album its amped-up rock and roll sensibility, making everything a little bit noisy in the end. Hence the title, Uniform Distortion. Yet, the phrase also reflects the chaos of the outside world, the uncertainty and discord that plagues America today. So while it’s a very different sounding record than 2016’s Eternally Even, it’s an extension of that record’s meditation on political tensions.

Take a track like “Over And Over,” which summarizes the vicious cycle that keeps leading society toward self-destruction: “We fight the same fights on and on/ We shed the same blood on and on.” And in “Throwback,” James meditates on the passing of time and how brief our window of opportunity is — one where “all the potential in the world,” as he puts it, is all too easy to fritter away.

“I feel like our society right now and the truth is so distorted,” he says. “Everything is distorted, and nobody knows what to believe anymore or who to trust. I think people have underestimated the Darth Vader power of our president. He’s done a really good job of turning people against each other and warping people into what he says. With the whole fake news thing, at first you’re like ‘that’s such bullshit because reputable sources … they are real news’. But there’s this weird effect where he sends so much anger at news outlets, that they do start to become fake news.

“It’s just this insanity that people are squandering this opportunity to have a real beautiful life,” he continues. “This great trick has been played. It’s just the notion of this uniform distortion across everything. There’s also the notion of the uniform, like a policeman wears, or the uniform of the government. It’s people we’re supposed to trust, but there’s all this white supremacy and police brutality. And things are being so warped, you’re afraid Trump’s going to turn us back into Nazi Germany. It’s terrifying. Things you read in a Philip K. Dick science fiction novel start to feel like they can come true. We need to keep talking about these things until everyone is okay, which is obviously going to take a while.”

James is quick to emphasize that he doesn’t have it all figured out. He’s simply an observer, but a deeply concerned one. And it frustrates him when artists with bigger platforms don’t use it to speak out for something bigger than themselves.

“Whenever someone says they’re not political, it’s a cop out,” he says. “You can be a kind person and you can be a good person, but you gotta stand up for other people. It’s not even about the songs. Artists can’t always control the songs they write. Maybe the record is about love or whatever it’s about. But to take a backseat to all the suffering in the world … I’m not claiming to be a political expert, I’m trying to stay informed and help out, but I have a lot to learn. But the suffering in the world and inequality is really fucked up. If you’re not trying to change that, you’re part of the problem.”

He’s not without hope, however. To the contrary — if anything, Uniform Distortion doubles down on that hope, putting a greater emphasis on the idea that love and compassion are the way through the mess we’ve found ourselves in — or any mess for that matter. In a lot of ways, it’s a back-to-basics album, a return to simpler ideas and feeling instead of over-conceptualizing. And part of that back-to-basics idea is a message that we’ll all be better off if we take care of each other. It’s not a new idea, but one that’s worth being reminded of when things look dire.

“I have hope in humanity that something can turn around,” he says. “Hopefully, we’ll look back on this era as a wake-up call, as the time that we woke up and realized that we can’t be asleep anymore. We’ve gotta fight for each other’s rights and realize that if one of us isn’t free then none of us is free. I think things can really start to go down a dark path, but I feel like people are waking up, so I feel like we can look back on this period 50 years from now and be grateful that we came out of this period.”

With the exception of 2017’s Tribute To 2, a collection of covers, social consciousness has been a defining quality of James’ work over the past few years. Eternally Even was the most explicit instance of this, released during the 2016 election year and featuring the song “Same Old Lie,” in which James sings, “If you don’t vote, it’s on you not me.” And before that, My Morning Jacket released the track “Magic Bullet” in response to the rampant gun violence in America. That song, in fact, served as a dividing line between James’ more politically-minded material of the moment and a more heavily concentrated period with his band.

Right now, My Morning Jacket is in the middle of a well-earned break, the band’s members having taken the opportunity to take on other projects after supporting their last album, 2015’s The Waterfall. Keyboardist Bo Koster has been touring with legendary Pink Floyd bassist Roger Waters, while guitarist Carl Broemel’s been working with singer-songwriter Ray LaMontagne. Likewise, bassist Tommy Blankenship and drummer Patrick Hallahan have kept busy with a variety of projects of their own. So while this might represent the first time in 20 years that the band hasn’t been hectically engaged in the cycle of releasing a new album every couple of years and then touring behind it, it’s not as if the members of My Morning Jacket have put their instruments down.

For his part, James is thankful to not be so locked in. Putting the brakes on the kind of tour schedule that My Morning Jacket has had for the past couple of decades means more time spent with loved ones, sleeping better and the opportunity to take on different kinds of creative projects. Of course, that too means his schedule still fills up pretty quickly. But he’s also more cognizant of his limits and makes a point of allowing himself as much space from work as he can.

“I still do stuff,” he says. “I’ve got a terrible problem with saying no. I’ve been so fortunate to be offered so many opportunities to do some fun things. I enjoy the show or the fun thing, but what I forget to take into account is the travel and the little rest I get. You get so excited about a certain event, but you forget, Jesus Christ, you’re not going to rest or have time for yourself or your family. It’s easy to lose yourself in it.”

Still, a chance to regroup and recuperate for James still means that whether or not he’ll be performing or spending weeks in the studio, he’ll be spending most of his time with music in some way, even if it’s just listening to records on his headphones. Music is a soothing salve for troubled times, and a necessary resource for finding sanity even when everything else has gone awry.

“Music gives life motion. Music turns life into cinema for me,” he says. “You can take an ordinary day or the saddest day you might be experiencing. And I might go on a drive, or go out on a walk with my headphones, and all of a sudden you’re in this new reality. Music is such a gift in that way, and it can wake us up. It can heal us, it can wake us up. It can change everything. Just having music moves me.” 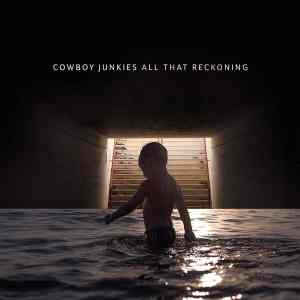 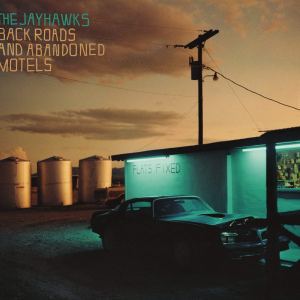