Two years ago, the future of My Morning Jacket was in doubt. “We didn’t know if we’d make another record again,” admits frontman, singer/songwriter Jim James in the press notes for this self-titled release. After all, the band had not been in the studio together since the 2015 sessions that yielded two volumes of The Waterfall, they hadn’t headlined a tour in four years, both James and longtime guitarist Carl Broemel had released and toured behind solo albums and James as primary songwriter was burned out.

But after four successful 2019 concerts, the five-piece realized their chemistry was impossible to duplicate and recorded these eleven songs, pre-pandemic. As usual, the music is diverse, although, with James’ uniquely keening vocals and a rootsy approach anchored in Americana, MMJ’s albums have always been unpredictable.

Once again, the group walks a musical tightrope that includes the country-influenced, catchy, “Least Expected,” the propulsive rock of “Penny for Your Thoughts” and the dreamy, wistful “Out of Range Pt.2.”  The peppy “Lucky to be Alive” shifts to a harder edge as James sings about the need to play live with Well they cut off all the bread that used to keep us fed—so thanks for coming to the show”

Epics like the socio-political “The Devil’s in the Details” (nine minutes) that evolves from a sweet ballad to Broemel’s multi-tracked jazz sax break, and the tender, psychedelic “I Could Never Get Enough” (at eight minutes) account for a quarter of the running time. They show MMJ stretching out without devolving into meandering noodling.

That last misstep notwithstanding, MMJ returns in a big way for this comeback of sorts. There are enough twists to keep even longtime fans on their toes. It’s what makes them so consistently intriguing and will hopefully keep the members inspired, and inspirational, for the foreseeable future. 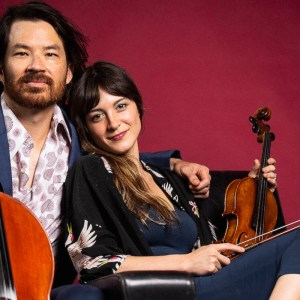 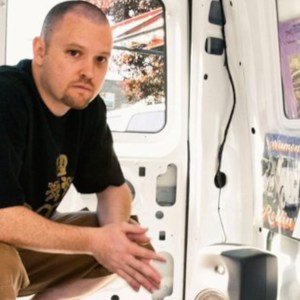