Sometimes, a song that seems stuck in songwriting limbo can suddenly become a truly special track, if an artist is patient enough to let it slowly evolve – even if that takes several years. Such was the case with “Passing Through,” the new single from Joe Hertler & The Rainbow Seekers, off their 2019 album Paper Castle.  Here, American Songwriter exclusively debuts the video for the wistful song.

Frontman Joe Hertler recalls how this track unexpectedly went from an offhand “practice” riff to a standout track.

“I was sitting on this simple little acoustic guitar riff; one that I had been sitting on for maybe a decade,” he says. “It was one of my go-to riffs that I’d bust out when screwing around in the acoustic room at Guitar Center. One day while spinning my wheels in my studio, I decided to record it.”

Hertler “threw a groove behind it” – and it immediately became clear that he’d stumbled onto something significant. “[It] was one of those songwriting moments where it seems like you reach up and just grab the lyrics as if they’ve always been there. Thirty minutes later, I had all the lyrics written and the vocals recorded, the very same vocal take that made the cut on Paper Castle.”

Hertler started out as a solo artist while attending college at Central Michigan University. By 2011, he had assembled a five-piece backing band, The Rainbow Seekers, to help him play his musically adventurous songs, which incorporate everything from Americana, rock, folk, and funk influences, among others. Since their debut album, 2011’s On Being, the band has gone on to release three more studio albums and one live album.

Songwriting for The Rainbow Seekers for nearly a decade has given Hertler plenty of opportunities to hone his craft, but the long gestation period for “Passing Through” has been a unique experience that has prompted him to examine his approach to his artistry. “Time is a currency – and we all have an undisclosed amount to work with. “Passing Though” is perhaps a reminder to myself to step back and appreciate being alive, because life is a gift.”

Hertler, an avid outdoorsman based in Lansing, Michigan, applies this long-view philosophy to his life overall: “The mountains and the sea, they don’t care what I think or acknowledge my existence, but I can appreciate and acknowledge theirs,” he says. “I certainly do not have time to hold grudges or treat people unkindly. Life doesn’t really ask us to do anything but exist and be decent, because we’re all just passing through and someday we’ll all, sooner or later, have to step off the stage for the last time. Might as well make the best of it.” 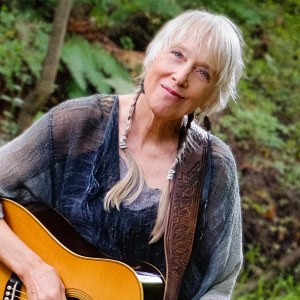 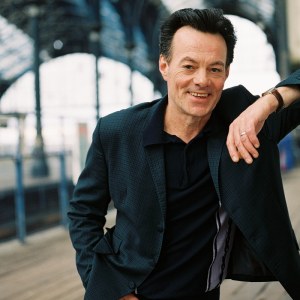