In 2020, Joey Cape’s world changed. On tour with his band Lagwagon in Australia, he had to abruptly return home and adjust to an “alien concept” of lockdown. Earlier in the year, Cape’s father also passed away, and his marriage of 20 years came to an end. All the personal grievances, coupled with the racial injustice the stirred back up in 2020, Cape began reflecting on all the shifts and cracks in his livelihood when writing a narrative of a year lost in song on his sixth solo album, A Good Year To Forget (Fat Wreck Chords), out Aug. 13.

“The racial injustice that has always haunted our communities became undeniable and a familiar zeitgeist returned in uprising and protest,” says Cape. “Many will look back on the entire time period as virtueless, an age of unreason where politics and things that should not be politicized polarized not just America, but the world over. I will remember 2020 as the year of forced change.”

The first single “It Could Be Real” explores the life of a single person, who has become complacent after failed relationships, yet still finds hope in connectedness through Cape’s mostly disenchanted lyrics, Another perfect day to ignore any pain and duct tape this calloused heart… I can adhere. I can keep my mouth shut / And all through your past broken glass / Shards that left blood on the track / The ideal space to be out of the game reinventing.

At one point, Cape found himself living in a hotel before moving in with his mother and step-father, who are both in their 80s. All of them eventually contracted COVID, yet pulled through together.

On the flip side of all the hardship, Cape also had a resurgence, reading books he always wanted to read attempting to build some things and taking virtual piano lesson. He also resisted his core: songwriting.

A follow up to Cape’s 2019 solo release  Let Me Know When You Give Up, A Good Year To Forget was written and recorded entirely during lockdown, working with a more modest studio set up.

“I just decided that if I was going to make a record like this I should make it in full isolation,” shares Cape. “It’s really modest, but it turned out to be great. I have a Murphy bed, so every morning I’d push up the bed, pull out the studio stuff, have some coffee or tea, get out my little chair and off I went.”

Without the capacity to get in the room with other musicians, Cape took on the task of performing all the instrumentation on the album. “I had plenty of time on my hands and it seemed like a good time to grow as a musician,” he says. “In the end, much of the performances are pretty basic but the positive thing about playing what you write is that you can truly capture the emotion you’re experiencing. This record has truly distilled my own experience of the past year, what I’ve learned and what I’ve felt.”

In retrospect, Cape sees 2020 as a transitional year, a meditation on life. “There is something to be said for putting the mad world on hold. While threat and unrest seemed to be worsening around us, we also had time to look more closely at our surroundings and contemplate our climate and our behavior in it.”

Cape adds, “There was time to experiment, learn and even build new things, to contemplate our future plans and better our role in all of it.” 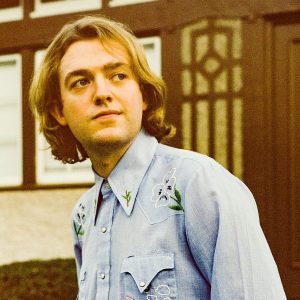 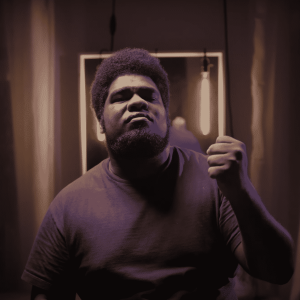