Amidst the mid-2000s explosion of blogs and internet-fueled cultural discourse, a particular concept championed by social theorists like Mark Fisher began to emerge in a new light. The concept? Hauntology, a term originally coined by French philosopher Jacques Derrida in his 1993 work Specters of Marx. The new light? Its implications on the world of music, entertainment and culture stepping into the 21st century.

See, what Fisher and his contemporaries asserted was that the 21st century—in conjunction with the rise of the internet—was, in a way, “haunted” by the past. Partly prompted by the continuing degradation of the environment, the failure of the prevailing political structures to respond to crises and the sheer oversaturation of having immediate access to the totality of human history with the simple tap of a finger, the function of culture shifted. While technology continued to innovate, culture itself did not—rather, it got stuck in a repeating feedback loop that sought to endlessly reinvent pre-existing culture under the guise of “newness” with the help of new consumer technologies and experiences. Or, in layman’s terms: while the definition of the music videos has been getting better, every rock band from the past 30 years has sounded relatively the same.

Some argued that this was a reaction to the horror of the way the future was unfolding—with most predictions ending in environmental, societal or economic meltdown, it was easier to escape to a romanticized version of the past, or a “lost future,” even, that carried with it a blissful promise that never came into fruition. Others argued that this was a natural conclusion to the way the mass-produced culture industry had been operating for decades, in a sense echoing the works of German philosopher Theodor Adorno, who warned of this kind of thing in his writings from the early 20th century. In practical terms: the past was neither a present force nor an absent force, but a ghost, haunting modernity.

Were Fisher and his contemporaries entirely correct? Maybe not. Commenting on an undeniable reality of their time—the mid-2000s through the mid-2010s, a pretty transitional period for music in general—a lot of the “never-ending loop sans innovation” parts have been heartily challenged by things like TikTok and the future pop of producers like SOPHIE, A. G. Cook and Arca. Nonetheless, things like hauntological music, vaporwave and hypnagogic pop are all signs that there is some kind of phenomenon going on… and those are just the most obvious symptoms. Subtler symptoms are everywhere—start considering something like the overwhelming popularity of 20th century sitcoms like Friends on streaming platforms and you’ll quickly find yourself falling down a rabbit hole of cultural memory, nostalgia and what it all means.

In fact, some folks have been going down that rabbit hole recently, including the 21-year-old indie-pop sensation Dayglow, who recently channeled his thoughts into his sophomore record, Harmony House (which dropped on May 21 via Very Nice Records).

Colorful, uplifting and lushly endowed with melodies, synth lines and infectious hooks, the record is a warm welcome into the world of Sloan Struble—the mind behind Dayglow. While the indie-pop he’s become known for isn’t exactly hauntology of hypnagogic pop, he found himself inspired by some of the same ideas Fisher first chewed on all those years ago in the blogosphere.

“The idea kinda came from… well, first off: I was listening to a lot of ‘70s and ‘80s pop music and was really falling in love with the playfulness of it,” Struble began. “That kinda translates to sitcom music. Like, the show Cheers has really good musical interludes and I love its theme song.”

So, during the COVID-19 pandemic, Struble did what a lot of other quarantined folks did: he started binge watching shows like Cheers and others from the ‘70s and ‘80s that had that playful quality he was longing for. The escapism shows like that offer is palpable, but after immersing himself in that world for a bit, the absurdity of the experience began to hit Struble.

“It’s really fascinating that so many people are watching: one, old sitcoms; two, sitcoms in general, because they usually just revolve around supposedly ‘normal people’ in their living rooms,” he said. “We watch that as entertainment. And people are watching old sitcoms, like we’re reaching back for a generation with less noise. Even something like The Office—it’s not the ‘80s, but it’s 10 years old. There’s something about it where people watch it over and over.”

With that, Struble taps into something that hadn’t quite happened yet at the time Fisher and his peers were writing: the impact of this hauntological phenomenon on new generations. See, at 21 years old, when Struble was just beginning to walk and talk, Fisher was already writing about the degradation of culture. Thus, kids Struble’s age and younger grew up in an even more confusing time, one in which all the different eras blurred into one and the idealized versions of the past maybe meant more to them than the realities they were living in.

“There’s this interesting thing going on with nostalgia on the internet,” Struble commented. “It allows us to relive moments that we didn’t live through in the first place. That’s really interesting for people who are in their 20s or earlier, that we can experience these cultural moments that feel nostalgic, but we never experienced it. For example: the ‘80s were just such an explorative time, in music and pop culture, specifically. MTV just happened. Bands were just then getting vision. That just seems so exciting to me now.”

So, contemplating the faded excitement of a by-gone era and the enduring fascination his peers have with it, Struble decided to start channeling all of this into his music. The result was Harmony House, which musically explores all sorts of sounds and styles from the past, from sunshine pop to yacht rock to more.

Thematically, on the other hand, the record’s lyrics offer an open and honest exploration of change—change in Struble’s life and change in the world. In that sense, Harmony House presents something that escapes the doomful sentence of hauntology: a still possible future. In authentically divulging his struggles with change through a lens of ‘70s and ‘80s nostalgia, he’s resurrecting the zeitgeist of those decades as a model for a new path forward, culturally.

“There’s a lot of music nowadays that’s very ego boosting,” he said. “I guess ‘main character syndrome’ is a thing now. That’s totally cool. Like, everything has a time and place… but something that attracts me to ‘70s and ‘80s music is that it generally felt more communal. It acknowledged the existence of the people around you. So, I want to make music that encourages people to love their neighbor because there’s a lot of self-love music. And that’s awesome and I love it. But… I kinda want to make music that encourages the listener to think about someone that they love.”

While something like “encouraging love for others” might seem like a small step, the praxis of that concept can still be quite a radical thing. In that regard, Struble is creating a fascinating and inspiring synthesis, certainly calling upon the past, but channel it’s better qualities and reigniting that excitement, rather than just mourning it. And ultimately, with things like TikTok starting to have such a strong influence over music that folks are literally writing songs with that 30-second clip in mind, there is some possibility for change and innovation presenting itself in a way it wasn’t when hauntology was first being explored by Fisher and others. At the end of the day, whether the ghost of the past is “haunting” the present or not is a tricky thing. On one hand, the fascination with the past is undeniable, on the other, the future is fluid and perhaps more malleable than previously thought. For Struble, navigating it all is an ongoing journey.

“There’s a tremendous amount of noise, you know?” he said. “I think it’s just… I’m learning what it means to have the responsibility of making music and having people listen to what I have to say. I just don’t want to be adding to the noise. But at the same time, I’m an entertainer. So, it feels like a paradox where I’m trying to warn people about that while being an entertainer. I don’t know, it’s this weird mixed bag of everything. It’s a new thing.”

Mark Fisher was a social theorist who explored the concept of hauntology, among many other social concepts, in blogs, books and lectures like this one. Sloan Struble is the brain behind Dayglow, whose new record Harmony House is out now and available everywhere. Watch the music video for the song “Medicine” below: 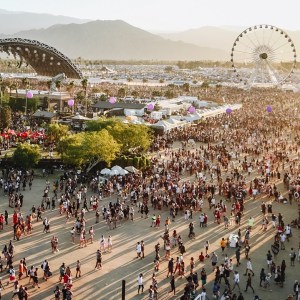 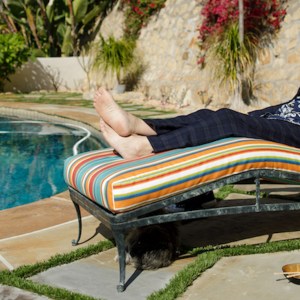