20. “The Unfaithful Servant”
This song contains some of Robbie Robertson’s most complex lyrics, reminiscent of one of Bob Dylan’s parables from John Wesley Harding, yet they’re brought to life by a tender Rick Danko vocal performance. Some woozy brass add the soul, and Robertson brings it all home with a moving acoustic solo at song’s end on this classic from the Brown Album.

19. “Daniel And The Sacred Harp”
Robertson essentially retells the old Crossroads myth in this track off Stage Fright. What gives it new life are the expert vocals of Levon Helm and Richard Manuel’s off-kilter drumming that provides a surprisingly funky beat, and Garth Hudson’s Lowrey organ, which sounds as if it was handed down from on high to render its judgment on the title character.

18. “Share Your Love”
Moondog Matinee, The Band’s 1973 covers album, provided the group’s take on some well-known hits. It’s this lesser-known track, however, that shines the brightest. There are many things to like here, including Hudson’s typically lovely keyboard work, but the song’s calling card is Manuel’s restrained, soulful vocal that can buckle knees to this day.

Manuel was a reluctant songwriter, which is a shame considering that what he did write stands out with the group’s finest work, such as this effort on Music From Big Pink. Accompanied by gentle touches from the rhythm section, Robertson’s tender guitar strokes, and Hudson’s haze of keyboards, Manuel paints a portrait of loneliness that is accentuated by his heartbreaking sigh of a vocal.

16. “Tears Of Rage”
For our money, the version that kicks off Music From Big Pink, notable for its funereal pace and Robertson’s affects-heavy guitar touches, comes up a bit short of the straightforward take that The Band did backing Dylan on The Basement Tapes. Nonetheless, the song is just staggeringly great in any version, as Dylan’s take of a father lamenting his wayward daughter finds a perfect home in Manuel’s mournful tune.

15. “Hobo Jungle”
There’s not a dishonest moment, musically or lyrically, on this underrated track of Northern Lights/Southern Cross. Manuel uses his deeper register to narrate Robertson’s tale of a rounder who meets his end in pursuit of his humble dreams, the love of his life at his side. Notice there’s never any forced pity for these characters. Robertson grants them the kind of dignity that you might for a king and queen, and then sends them off with some anguished guitar notes at song’s end.

There is an ethereal beauty to this track off Music From Big Pink that can’t be properly described without experiencing it.It’s in the lovely harmonies created by Danko on top of Manuel’s lead vocal, and it’s in the eerily beautiful playing of Hudson. Mostly it’s in the composition of the song itself, yet another example of Manuel’s underrated songwriting talents. The line, “Can’t we have something to feel?” pretty much summed up how The Band’s substantial music stacked up against the psychedelic haze around them.

13. “Katie’s Been Gone”
This song was included on The Basement Tapes, the monumental collection of The Band’s Woodstock sessions with Dylan, but it was actually recorded during the making of Big Pink. It doesn’t really matter how it came into the world, though; we’re just lucky to have this Manuel song available when we want to wallow. It’s a true heartbreaker, as Manuel holds out hope for his love’s return until the gut-punch realization that comes to him in the song’s closing line: “Maybe there’s someone new.”

12. “When I Paint My Masterpiece”
Dylan wrote it, but recorded a half-assed version. The Band’s take on Cahoots will always be the definitive one on this tale of a homesick American lost in a European vacation that never seems to end. Give credit to Hudson’s accordion conjuring romantic images of the Continent, but mostly this song belongs to Helm. Nobody has ever sang the line, “Oh, to be back in the land of Coca-Cola” with such wistful conviction.

This is The Band at its rollicking best. The interplay between group members keeps things irresistibly loose and yet never sloppy, while Hudson’s effects-laden clavinette provides a lascivious groove. Helm is absolutely marvelous here. His drumming is a marvel of instinct and touch, and only he could sing this tale of a rascal bewitched by a “drunkard’s dream,” imbuing each line with just the right mix of admiration and innuendo. And man those guys could yodel!

10. “Rockin’ Chair”
Only Robertson was writing songs like this back in 1969: Two old sea dogs head home to “Old Virginny” to spend their final days on the titular piece of furniture. As befitting a song about a “Rockin’ Chair,” The Band uses all back porch instruments, with Helm on mandolin, Robertson on acoustic guitar, and Hudson on accordion. The result is the kind of gentle sound which can send you to slumber, albeit with a tinge of sweet melancholy brought about by the aching harmonies. 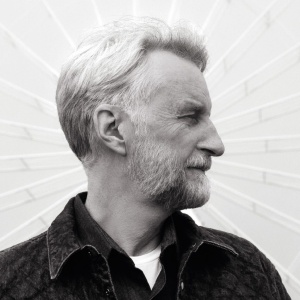 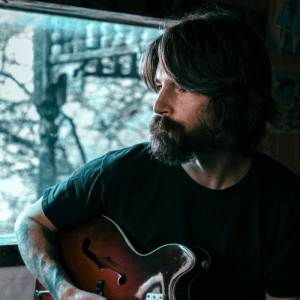