Once told by record executives that he couldn’t write or sing, and to get a day job, Jonathan Cain regrouped himself and said he’d just find someone else to sing his songs for him and ended up writing some of the biggest hits for Journey, including the band’s mega-hits “Faithfully,” “Open Arms” and “Don’t Stop Believin.’” Throughout it all, Cain lived by his father’s words, “don’t stop believin’,” and later found a deeper connection to faith, which led to the release of five albums in five years—2016 release What God Wants to Hear, Unsung Noel (2017), The Songs You Leave Behind in 2018, More Like Jesus (2019) and most recent Piano Worship in 2020—to pull him through his journey with Journey and solo work spanning a more than 40-year career

Working through the pandemic in 2020, Cain began writing “Oh Lord Lead Us,” his elegy on digging out of times of turmoil, and a hope for new beginnings. Initially written as a “prayer for the new year,” Cain’s post-pandemic anthem is also a call to connect to something higher in uncertain times—Choose to lose our old selves / Change our hearts Change our minds / Choose a new way of life—and directly inspired by scripture, pulled from the passage 1 Chronicles 16:11.

“Being around all this bible teaching, I get excited when I see something that triggers my imagination,” shares Cain. “Being beaten down, closed up, and churches shuttered. The lockdown, quarantine, all this stuff… it seemed like this is a new season. We’ve got to make ourselves brand new again. The song was a prayer for a reset and renewal. I just thought we needed something that had a little joy in it.”

Following his 2019 release, More Like Jesus, Cain says he wanted to continue his message of hope and renewal. “I was able to go to the next level with a more joyful sound and deep worship songs,” says Cain of the previous album. “‘Oh Lord Lead Us’ is a continuation of that. I wanted to retain my identity, and I wanted something gospel, but I wanted it to be me because I stay in my lane. You’re not going to hear me singing R & B, because that’s not my voice. I wanted to offer a joyful sound, a joyful time.”

Produced by Cain and recorded at his Addiction Sound Studios in Nashville, “Oh Lord Lead Us” was mixed by Kalmuski (Keith Urban, Justin Bieber) and mastered by Adam Alan (Paul McCartney, Foo Fighters), and features Journey backing vocalist Jason Derlatka. Even the video for “Oh Lord Lead Us,” directed by Nik Tizekker and filmed in Red Rock Canyon in Nevada, captures the backdrop of a bright blue sky, symbolizing new days ahead.

Off tour, Cain’s faith is part of his daily life, hosting the podcast Anchored and regularly appearing on his wife Paula White-Cain’s TV shows Faithfully and Paula Today (Life Network for Women). The couple also leads worship at the City of Destiny church in Central Florida, also the first place Cain admits to testing new songs.

“My music ministry shows my transparency,” shares Cain. “It’s never too late to return to the kingdom of God, and that’s kind of why I do it really. It’s like ‘look at this rock and roll guy leading worship,’ but my wife always says, ‘God rides on the waves of sound.’”

Working on a new EP and possible full-length, along with new Journey material—the band recently headlined slot at Lollapalooza 2021 and played a packed Central Park for the NYC homecoming before it was rained out—Cain says he’s ready for whatever is ahead.

“I continue to grow in lots of ways,” he says. “I’m looking forward to seeing where God’s going to take me next.” 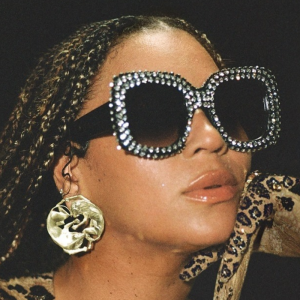 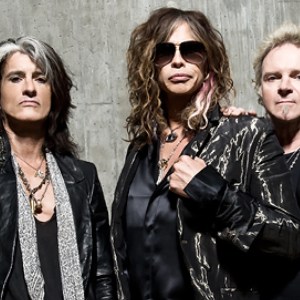