Australian singer/songwriter Julia Stone will release her first solo album in eight years, Sixty Summers, this April 30. The record, which was done in part with St. Vincent and Thomas Bartlett, finds Stone tapping into her dance mode, as she tells me on this week’s People Have The Power podcast.

“Hearing great songs that make you move has been a huge part of what’s inspired me to make this record. I really wanted to at some point in my life make a record that felt like I could move my body to it and have fun,” Stone told me when we sat down for an hour-long Zoom chat, while she was home in Australia.

In that same vein, the first protest song Stone chose was one she remembered dancing to as a child, Midnight Oil’s “Beds Are Burning.”

“My parents were huge Midnight Oil fans and that was probably one of the first concerts I saw live,” she says. “I remember knowing that something really special was happening—what I saw on stage. I didn’t really understand it. I knew it made me want to move and it made me feel good. I didn’t understand what the passion really was. I just loved it and after that I listened to a lot of Diesel And Dust, their record that dad had. And mostly because I wanted to dance to it. I just liked the feeling of it.”

Stone says when she wasn’t, as she puts it, “losing myself in dance,” she turned to the music of her favorite lyricist of all time, Leonard Cohen.

“I listened to a lot of Leonard Cohen when I wasn’t dancing and losing myself in dance—when I was indulging in the true suffering of being a human,” she told me in choosing Cohen’s “Everybody Knows” as one of her protest songs. ” It was Leonard who sort of relieved that vow and this song said it so well and he went through everything. I loved that sort of opening line: Everybody Knows that the dice are loaded‘”

For more with Stone, including how she came to work with St. Vincent and what she brought to Sixty Summers, check out the podcast People Have The Power. 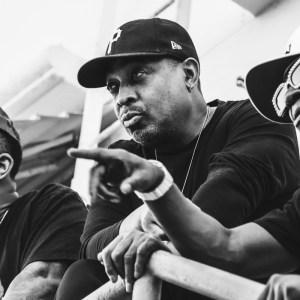 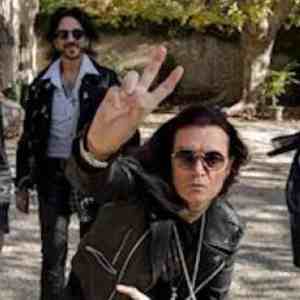