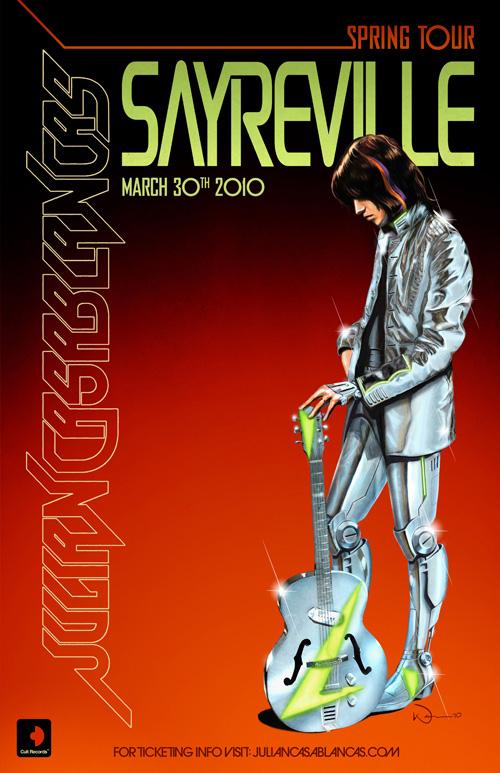 From a distance, the show Strokes frontman Julian Casablancas puts on might seem to be a bore, all stiff and doe-eyed with no movement. Last night, when he took the stage in some eye-searingly red pants at the Cannery Ballroom, it became clear that this isn’t the case. Something about him in the flesh, simply his presence, brought the otherwise take it-or-leave-it new-wave sound of the Phrazes for the Young tracks to a level light years above what was expected.

After what seemed like perpetuity in sound-check Hell, the two synth, two drum, two guitar band took the stage and slowly built into the jaunty “Ludlow St.” After a patience-testing intro that stretched well beyond the length of the studio cut, Casablancas emerged, staggering hunch-backed under the weight of his studded jacket. But any notion of style over substance was quickly shattered by an instantly ferocious take to the vocals, his voice and body swelling in all the right spots.

As they continued into “River of Brakelights,” the size of the band seemed to backfire and the bass began to run rampant, making the place sound like some trance club and leaving Casablancas looking frustrated and the crowd a bit confused. Having possibly prepared for some early set hiccups, the band then launched into guaranteed crowd favorite, “Hard to Explain,” from the Strokes’ Is This It. Impressively, and with large thanks to birthday-boy drummer Alex Carapetis, the song sounded as tight (or tighter) than if the Strokes had performed it themselves.

While the performance wasn’t anything groundbreaking, it was undeniably a great time, thanks mostly to Casablancas’ who-gives-a-damn attitude. When he once again obliged Strokes fans with a pared down version of “You Only Live Once,” he paused mid-song, winking, to tell the folks attending to be sure to tip their bartender.

The two highlights of the night were also the kitschiest. It’s hard to say which won out, though: the cover of Bruce Springsteen’s “Dancing in the Dark,” or the perfect performance of the always timely “I Wish It Was Christmas Today,” a song Casablancas had to have released as a single simply to add some absurdity to his live sets.

After an awkward start to his solo touring career, Casablancas has adapted to his new material and is having a blast with it. He must be, considering he gave the crowd two encores and, when it was all said and done, one of the most plainly enjoyable shows in recent memory. 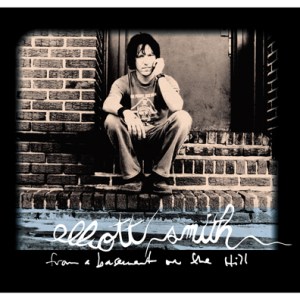