Julian Lennon has long had a tumultuous relationship with the music business. But with the music itself? He loves it. He loves the way it can change a person’s mood in a split second or in a “New York minute.” For Lennon, who is the son of the late legendary Beatle, John Lennon, music can help to elevate the listener out of dark places. He knows this magic firsthand. This is why Lennon’s latest singles—“Freedom” and “Every Little Moment”—are so poignant, both in and of themselves, and at a time war is taking place in Ukraine. The songs, which Lennon released last week, offer emotional aid in a difficult global time, as much as they give assistance to those experiencing difficult personal times internally. And Lennon’s latest release—a cover of his father’s most famous song, “Imagine”—also offers a helping hand in a great time of need and shall continue to, most likely.

“People seem to absolutely love it,” Lennon tells American Songwriter of his cover of “Imagine.” “That was a one-off, something I was very fearful of doing for the last—well, since I became an artist, really.”

Lennon, who as a boy inspired massive hits like “Hey Jude” and “Lucy in the Sky With Diamonds,” says for years now, he’d chosen to “stay from Dad and Beatles stuff.” A lot of people had asked him over the years to sing “Imagine” and he’d simply said no, that he didn’t have an interest in that. But he’d never shut the door completely. He’d never vowed not to sing it. Now, though, just seemed like the appropriate time. So, Lennon chose to cover “Imagine” but do it in his own way. Not with the typical piano backing but instead with an acoustic guitar, a raw vocal take with little-to-no production behind it. Since dropping the song, he’s already gotten calls to perform it via other platforms but he hasn’t taken any. Instead, he plans to likely release “Imagine” as a single, with all the proceeds benefiting Ukrainian refugees.

“It was a decision made last weekend,” Lennon says of the idea to drop the “Imagine” video. “Once I said yes to myself, I thought, ‘Oh, jeez, how am I going to do this? How am I going to make this real and honest?’”

Well, Lennon certainly did a standout job and the song already has two-million views on YouTube, alone. And along with the cover and two original singles, Lennon has more plans for new music. Namely, the release of his next album, JUDE, sometime later this year. That album, though, came about not via some long-intentional plan, but rather by serendipity many times over. Lennon’s previous album, Everything Changes, came out 11 years ago. In the years between, he’s delved into photography, documentary, book writing, philanthropy, and other projects. But more recently, Lennon, as he was splitting from his then-current business manager, found old recordings from over 30 years ago in a basement. They began to spark his creative mind and he got to work. He had them digitized and began to bring some of them to life.

“The incredible thing,” Lennon says, “was that most of the stuff was in great condition. It was a miracle. So, with songs like ‘Every Little Moment,’ that track was in-tact. It was unbelievable.”

He refreshed a bit of the drums, added some keyboards (with the help of Snarky Puppy’s Bill Laurance), and re-sang the choruses. The result is a fantastic display of songwriting and message delivery. At the time, Lennon was content to release songs as singles or even perhaps as an EP but then more coincidences came out. Two friends, some six months apart, ran into a record executive at BMG—Hartwig Masuch, CEO of BMG—who told each of them that if Lennon ever wants to dive back into releasing an album, BMG was open to the idea. So, Lennon eventually set up a lunch, and plans soon got rolling.

“He’s a musician at heart,” Lennon says of Masuch. “He loves music, loves the history of music and I said, ‘Good, well this is a nice connection. Let’s see how we grow.’ He kept going on about an album. And I said, ‘No, I’m not seeing an album, I’m really not.’ But over the course of the last four years, the new and old tracks were beginning to have a particular soundscape.”

Lennon has had bad experiences with labels in the past. Not only does being the son of one of the most famous musicians of all time prove difficult at times, but with labels, themselves, the business can be tricky and full of pitfalls. Lennon is still fighting to get back the masters of his earlier Grammy-nominated recordings. The fact that labels own an artist’s work, he thinks is “literal abuse” and has been a cause of a lack of trust. But with Masuch, he has renewed hope. And that’s good because Lennon says, in those basement boxes, he has 100 more songs he can update and bring back to life. But it’s all begun with his latest two.

“The weird thing is ‘Every Little Moment’ is obviously about the war mostly within,” he says. “It was written 30 years ago and I finished updating it and produced and mixed it a couple of years ago, even before the war [in Ukraine] began. I wasn’t sure which way people would look at this song, but it’s about sewing the seeds of hope.”

His other single, “Freedom,” was the first he engineered on his own. He recently updated his home studio and goes there whenever he is compelled to work on music, between other projects. Working on “Freedom” reminded him how much he loves music and the goosebumps he gets from completing a song. That song is a look in the mirror, for Lennon. In this way, it’s literally given him the freedom to continue.

“I think that with everything creative that I do,” he says, “I just try and do the best job I can. Because I want to make me proud, too. I want to walk away going ‘Damn that was good.’”

Lennon says he likes collaboration. He’s not necessarily the type to loom over a song working forever on something. Instead, he likes striking when the iron is hot and he likes bouncing ideas off of friends and other artists. For him, making music is like cooking: you have to find and mix up the right ingredients. And while he may not be working on music every waking moment of the day, he is working seemingly always. It’s about the experience, learning by doing. Some might even say he’s a workaholic. But that’s okay, everything comes out in the art.

“I would like to say I need to give myself a break and take a bloody holiday,” Lennon says, with a smile. “As much as I’d like a rest, I can’t sit more than 20 minutes or a half-hour… I have this drive inside of me. I have to do things; I just have to do things. I have to have a purpose. If I didn’t do these things, I’d feel pretty empty.” 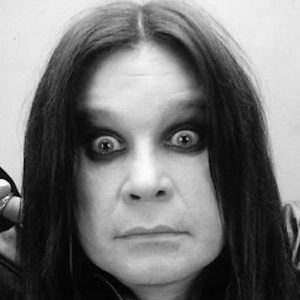 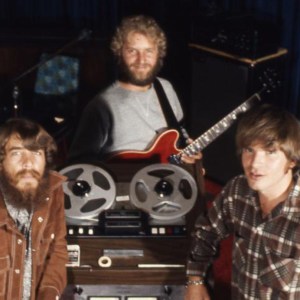