After releasing such a striking debut with 2018’s Future Me Hates Me, it would have been easy for New Zealand’s The Beths to go right back to the well with more of the rapid-fire eloquence that fueled their first album. But their new album Jump Rope Gazers slows things down now and then to survey the surroundings, putting more of the focus on Elizabeth Stokes’ heartfelt songwriting, the interplay between the instrumentalists, and gorgeous vocal harmonies.

The resulting album is one of the triumphs of 2020 in music so far. Stokes and guitarist Jonathan Pearce, who also produces the group’s music, sat down with American Songwriter to discuss the new album and discussed how the changes found in Jump Rope Gazers emanated from a combination of careful forethought and natural progression.

Stokes talked about how she was forced to squeeze in songwriting sessions so she wouldn’t be overwhelmed with the prospect of churning out songs for the new album all at once. “Even if we had tried to make the same album again, I don’t think it would have worked,” she explains. “We were touring all over a lot. I can’t really write on the road. When we were back home for these periods of time, like a month or so, I would concentrate any spare time on the next record. I didn’t want to feel off-guard, when we were done, like I had to write a whole album. I was chipping away at it.”

What she found is that her new material pulled back on the reins a bit. “We definitely were more open to exploring different tempos,” Stokes explains. “Tempos are actually something that we talk about a lot. I like that the first record is kind of like fast and loose. I feel like there are still primarily fast tempos on this record, but we were kind of OK with letting it breathe a bit in certain parts.”

As a result, songs like the title track, “Do You Want Me Now” and “Just Shy Of Sure” leave more open spaces, which gave Pearce different textures with which to work as a producer. “The first record felt really discreet to me,” he says. “And I’m still proud of how it sounds. But I think I wanted it to sound a bit more natural and I felt like that was going to give us a little bit more of an expansive sound.”

“I think I get a little bit hemmed in with Beth’s work, where the tempos are often so fast and there’s often so many ideas and hooks coming at you, that I have this urge to try and make every little part its own little discreet thing that you can easily just tune into. I think that has served us well. But I wanted to try and have more depth this time around. So there’s definitely more layers this time. And things that sonically will reward repeat listening. But it’s also still a neat pop/rock record.”

Stokes’ songs on the record highlight different stages of relationships, usually from the perspective of someone struggling to understand the essence of the other person’s thoughts and feelings, often when separated by distance. Hence, communication is a common theme.

“I think it’s (communication) the main thing, right?” Stokes says. “In all relationships. I’ve just been thinking about it a lot, particularly with friendships a lot over the last while. And it’s obviously relevant now more than ever. But I just feel like over the past few years, you reach a point and you’re at an age where a lot of your friends have moved to different parts of the world. And you’re all trying to figure out how those relationships fit in. It can be kind of hard, especially when one of you is going through something rough and you’re trying to support each other from a distance. And the medium of communication is messages that you see six hours later. It’s interesting to try and navigate.”

While the new album may include thematic and musical changes from Future Me Hates Me, the band, which also includes bassist Benjamin Sinclair and drummer Tristan Deck, wanted to capture the freewheeling vibe of the first album’s sessions, something that was aided by having Pearce’s studio at their disposal. “In the past, it’s been almost like a hobby band,” Pearce says. “When we made the first record, we just made it on weekends and amongst our day jobs. I think a lot of bands go through that sort of process and it tends to make it quite a free experience and you take your time and you listen quite deeply. And sometimes you end up making a great record.”

“I think we tried to keep a lot of that feeling even though we were absolutely working on it full-time. So there were no feelings of watching the clock. There were always opportunities to really stop and listen and really assess where things were at. It’s not a lush studio. But we try to make it feel really nice for ourselves and make ourselves really comfortable. It’s a good enough little studio recording space that we can set up and leave our stuff set for months, which is extremely lucky. Lots of bands would have to just go into the studio and smash it out in a couple weeks at most.”

The album’s title phrase is one that Stokes is reluctant to explain, if only because she because she likes the idea of finding out what it means to others. “When I play the song to people, because it doesn’t have a set meaning, I think people interpret it in their own ways,” she explains. “At the core of it, I was picturing the kind of skipping rope where there are two people, one on each end. I think it evokes a distance and hints at being connected and being separated as well.”

Now, like so many in the music world, The Beths are faced with the odd circumstance of releasing a highly-anticipated record without the ability to promote it in the traditional manner. “It’s exciting and it’s nerve-wracking,” Stokes says. “The whole process has been a lot quicker this time. We haven’t had a lot of time with this album. I don’t think I’ve listened to it all the way through since we handed it in and it was done. Obviously, it’s a weird time to be thinking about it. But I’m almost more excited to share it with people now just so I can share something.”

Pearce, meanwhile, only half-jokingly says that he’s anxious for people to share some feedback about Jump Rope Gazers, if only to prevent the band from overreacting: “Without the ability to tour it and feel people’s reaction in a palpable way, we could just turn around and try to make a third album that’s just all cynical bangers.” 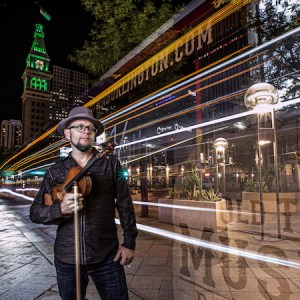 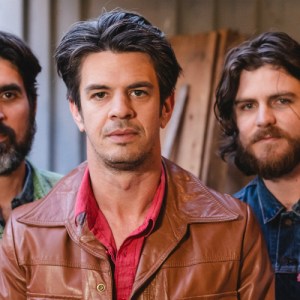