“You’re probably going to hear some running around and some snorts,” says country singer-songwriter Ashley Ray with a laugh, calling from her home in Nashville. She explains that she’s dog-sitting for three pugs. “They are adorable. There’s two older ones and they’re constantly trying to get away from the six-month-old, who is just a little beast,” she says fondly. Suddenly, there is indeed the sound of a loud snuffle. “That is not me!” Ray exclaims.

After closing the dogs away in another room, Ray settles in for a more serious discussion about her new single, “Just a House,” a poignant, piano-based ballad taken from her album Pauline (due for release on August 14). The entire album – but “Just a House,” in particular – is essentially a love letter that Ray has written to her family.

“My dad, he passed away 12 years ago – he was only 48 years old,” Ray says. “My parents had bought their dream house about five years before that – 66 acres on the outskirts of Lawrence, Kansas. Since he’s been gone, Mom’s still there and it’s a lot of work to do by herself. It’s been years that I’ve been telling her, ‘Mom, Dad would want you to be happy. He wouldn’t want you to be burdened with all of this, even though it was your dream home.’ I keep saying to her, ‘It’s just a house. He’ll be with us wherever you go.”

Ray says she still hasn’t convinced her mother to move to a place where her life will be easier, making “Just a House” all the more emotional. “I will say this is the hardest [song] for me to sing because it’s so current,” Ray says, adding that the things she sings about in the lyrics are “still happening.”

Ray has already demonstrated many times over that she can create a moving piece of music – she’s written songs for Little Big Town and Lori McKenna, among others. She co-wrote “Just a House” with Sean McConnell (who produced her album) and hit songwriter Natalie Hemby (who also has written for Little Big Town, as well as Miranda Lambert).

“I told them the story about how I keep saying it’s just a house,” Ray says. “I told them everything that had been falling apart, and that there’s a set of wind chimes at my mom’s house on the front porch. So Sean ended up finding some wind chimes at his house, and that [sound] starts the song off, and it’s gut-wrenching for me to hear.

“When we first wrote it, I cried,” Ray continues. “It still sometimes hits home a little too hard. But when I started playing the record for people, it’s the song that made everyone start immediately telling me their story of loss. Their grandfather, their dad. It made me think, ‘I’ve got to sing this not only for me, but there are so many people who can relate to it.’”

All of the other tracks on Pauline (which she co-wrote with McConnell) are equally personal. “The rest of the songs are memories of looking back when I was a little girl,” Ray says. “I think of this whole record as a memoir. We were putting memories to music.” The title, track, for instance, is about her grandmother, who also passed away far too soon, at only 46 years old.

The very personal nature of these songs meant that Ray knew she should play them for her mother before releasing them into the world. “It’s not that I was seeking approval, but we have been through so much in losing people that we love at a young age that I just didn’t want to make my mom cry or feel bad. It’s super vulnerable not only for me, but for my family. It’s so emotional.” Fortunately, Ray’s mother loved the songs. “She’s like, ‘Ashley, you’re telling the story of our family and it’s beautiful.’”

In a touching gesture, Ray chose to start off Pauline with a recording of her mother talking about her own mother. “When we were writing “Pauline,” the song, I called [my mother] to ask her some fact-checking” about her grandmother, who “packed ammunition at Sunflower Ammunition Plant. She was our very own real Rosie the Riveter! Our family’s backbone.

“So when my mom started talking, I put her on speaker phone and she was telling me all about it. Sean, he was smiling and he picked up a mic and started recording her voice. She had no idea. It just felt like the right call to start off [the album] with her voice.”

And even though her father has passed on, Ray believes that he, too, contributed significantly to her music, because he is the one who got her interested in it in the first place. “He was always playing music,” Ray says. “Music was on in the morning when I woke up and it was on when I went to bed. He taught me about Bob Seger, Willie Nelson, Fleetwood Mac.  He was incredible at picking out the good songs, the ones that had meaning behind them. And we talked about it. He introduced me to all kinds of stuff.”

Ray also credits both of her parents for teaching her to have the strength that she would need as she’s made her way in the music business since moving to Nashville. “I did not know how tough it was going to be,” she says. “When I wrote this record, I was not signed. I was waiting tables. After two failed record deals and a publishing deal that ended after eight years, I was back where I started.

“But Dad always said, ‘You can do whatever you put your mind to.’ And my parents both always told my sister and I, ‘Dreams, they can come true.’ They always said that. So I think that’s why I’ve been able to stick with it.”

Now, as Ray prepares to release Pauline, her dreams are hopeful yet modest. “I’m not in it to be on a magazine cover. I’m not in it to be famous,” she says. “I’m interested in the music, the actual writing part of it. The art. I think it’s part of my life and who I am and the people that I come from.” 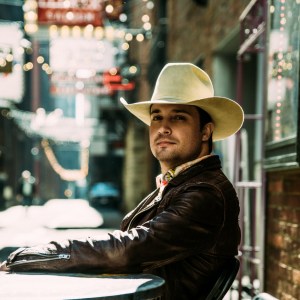 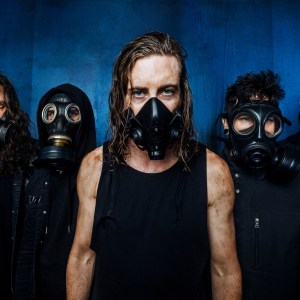