Throughout her career, Iowa-based songwriter, Lissie (born Elisabeth Corrin Maurus), has benefited from her ability to shape and reshape herself depending on the situation, depending on what’s necessary. If the goal of any soul walking the world is to resemble water (as martial arts master, Bruce Lee, noted), then Lissie has certainly approached that ideal. But water isn’t the only element Lissie harbors inside, there’s at least one more stoking her creative furnace. And thankfully for Lissie, the light has never gone out, it remains hot to this day, as the acclaimed singer continues to release both new and revisited older material in celebration of the 10-year anniversary of her praised debut LP, Catching a Tiger.

“In whatever context, in whatever group, song or space,” Lissie says, “once I can tap into my fire, that’s where it feels true and coming from my gut and my heart.”

Lissie is versatile. Spending time with her music, it’s apparent quickly that she’s proficient in Americana, pop, rock and electronic production. Lissie’s malleability may be rooted in the reality that she began singing and performing at an especially early age. Her grandfather, who was a champion barbershop quartet singer in his day, introduced Lissie to the universe of music by the age of five. The art form took hold immediately thereafter and before she was 10-years-old, Lissie had starred as the precocious Annie in an 80-performance dinner theater show. The shoe fit and Lissie wore it proudly.

But that she found such a groove in fields of entertainment didn’t mean Lissie had everything made in the shade. In fact, she dealt with a rather “traumatic” event in high school. At the time, she says, she’d been promised a chance to sing the national anthem before a basketball game but then the opportunity was taken away. She got into an altercation with a staff member and, in the end, was recklessly charged with assault. She even spent time in jail. Expelled, she’d been shunned by an institution that was supposed to support her. This “cruel” event affected Lissie, more than perhaps she realized then. But tough times build character, she says.

“Had I been the darling of my high school that got the lead in every play, I probably wouldn’t be where I am today,” says the chart-topping artist. “I think it’s that adversity and having to fight for your right to exist and express yourself gave me the drive early on to pursue music as a career, which itself is not an easy road.”

Lissie would later attend Colorado State University but, two years in, she dropped out to move to Los Angeles. She’d developed a fearless mentality. Buoyed by her especially supportive parents, Lissie looked at L.A. like the opportunity she truly needed. She’d already had some great success with a song she collaborated on with the artist, DJ Harry. While at CSU, Lissie had performed as often as she could and, as a result, met a few people in the business. The song the two wrote, “All My Life,” ended up on major television shows like The O.C. and House. L.A. was the next and obvious move.

Lissie signed her record deal in 2007 with Columbia and began producing a new album. It would be her debut, Catching a Tiger. The album, which she released in 2010, received many positive reviews and earned Gold Status in Norway and the U.K. It also hit number-5 on the US Billboard Heatseekers chart. The song helped to set the artist up for a career where she could now, in many ways, call her own shots. She was reliant upon herself and her creative prowess. She began playing coveted festivals and touring around the world.

“At that time, there was a beautiful sunny summer in London, the World Cup was going on, it was magical,” Lissie says.

While the artist has released a number of records in between 2010 and today, it’s now, during the global pandemic and social justice reckoning, that Lissie finds herself revisiting her important debut. Lissie is a deep thinker, an existentialist. She feels emotions heavily. For many years, she felt that she was alone in this heaviness. It’s why she picked up a guitar at 15-years-old and started to write. And it’s why she’s revisiting some of her earlier work now, including the song, “Just Because I Can,” which was recorded for Catching a Tiger but didn’t make the original cut. In her reexamination of the track, which she released July 31st, Lissie sees parallels between it and today’s political divisions.

“At any time in my life, I feels like I could be standing on this precipice,” Lissie says. “I could go for this or believe in this and have faith and get through. Or I could completely fall apart and let that fear hold me back. It’s a privilege to be in that position, as well.”

Another new release for the artist is the fan-submitted-quarantine-footage music video made for her 2018 song, “Peace.” The new video demonstrates both the sadness and resilience of folks during the global shutdown. It’s moving and honest and indicative of what Lissie loves most about what she does for a living: feeling bonded with someone and something.

“It’s beautiful, uniting, unifying, humanizing,” Lissie says of the video. “I choked up seeing some of the families. When you go through something hard, you think you’re the only person who understands. But I love my job because I get to not only express myself but I get to share in a universal thing that comes with that.”

If you want to buy a ticket to the full-band performance from Lissie, check this link. 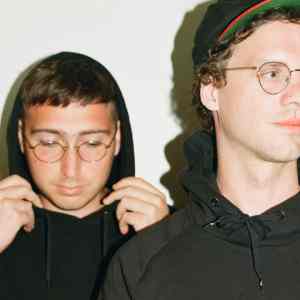 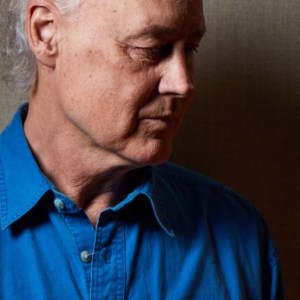