It’s winter but Justin Champagne has no reservations about releasing a summer song. Written in January, “Let’s Roll,” off Champagne’s upcoming Doing My Thang (Country Boy Livin’), out Feb. 12, was initially a song for warmer days, but in a year like 2020, reminiscing about summertime is providing some relief through all the chaos.

“‘Let’s Roll” is a summer feel-good record,” says Champagne. “Sometimes you just need one of those, even though it’s winter. It’s the winter-summer song.”

Staying busy throughout the year’s constant waves, Champagne continued to write throughout the pandemic and admits that he also contracted COVID in April. Fighting through the illness, in retrospect, Champagne can now joke about how he worked to get his sense of taste to return. “I bought a jar of pickled okra, and I ate pickled okra every single day until I was able to taste,” he says. “If you can’t taste pickled okra then there’s definitely something wrong with you.”

Since debuting “Sun Goes Down” in 2016, Champagne has consistently racked up millions of streams on Spotify and continued with viral singles “When I Pull Up,” “Swervin’” and “Number to Heaven,” which blew up on Tik Tok.

After releasing “When I Pull Up,” Champagne encouraged fans to play the song while showing off their vehicles. In October, Tik Tok sensation Nathan Apodaca, aka 420Doggface208—the influencer behind the viral Fleetwood Mac “Dreams” video—posted his version of “When I Pull Up,” which reached more than one million views.

Still, Champagne is taking his Tik Tok success in stride. “I feel like a lot of my success really has to do with Tik Tok,” admits Champagne. “But the song also has to be good. Otherwise, nobody is going to care. That’s where it all starts—with the song.”

Things started rolling for Champagne after he introduced his countrified hip-hop sound on “Sun Goes Down.” By 2019, he teamed up with hip-hop artist Gabe G to record “Backroads,” his tribute to small town living.

“There’s always something to do here, especially if you head to the outskirts of town,” says Justin, who still lives in southern Louisiana, of the latter track. “I grew up four-wheel riding, fishing, and being outside. There’s a lot of country out there, and that’s why my songs sound the way I do.”

Described as a gumbo mix of country, hip-hop, rock and pop, the Louisiana-born artist is not afraid to bend the genres.

“I want to do it all at once, writing country songs with pop hooks where I can rap,” says Champagne. “I just put everything into one big pot and start cooking. People call it ‘country-rap,’ but it’s just music, man. I wouldn’t want to call it anything else.”

Consistently releasing singles throughout 2020, ”Number to Heaven” is a heartfelt ballad inspired by Champagne’s father who he lost when he was 6. Champagne always had the hook for a melody in his head and after connecting with Jim McCormick, “Number to Heaven” pieced together and surpassed one million views on Tik Tok, pushing Champagne to release a more personal video to accompany the track.

“Since I was a kid, music is all I’ve wanted to do,” says Justin. “I know my dad had the music in him, too. I want to be something special for him, and for me. I want to live the life he envisioned for me.”

“That’s one I’m pretty excited about,” says Champagne of the track, “because everybody has that experience where they were drunk alone and they called an ex.”

Working now, Champagne says everything improved once he started writing with other people. When writing on his own, the bath is still his magic spot. It’s where his songs initially begin to formulate.

“I guess it’s because I have more time there,” jokes Champagne. “If I’m in the bath I just come up with these melodies. I’ll grab the guitar and play a couple of notes. Then I’ll just record a hook and a melody, take it into the studio, and we’ll just build from there.”

Reflecting more on the positive, even through the pandemic and surviving COVID, Champagne says it’s been a productive year. “I had more time to do things and was able to put in extra work,” he says. “It may sound weird, but I feel like it was a great experience in 2020 for me, career wise. I definitely grew. And I really feel like I am just starting to push myself even further.” 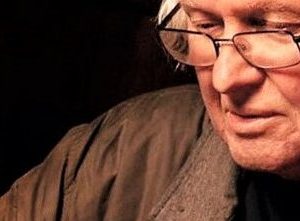 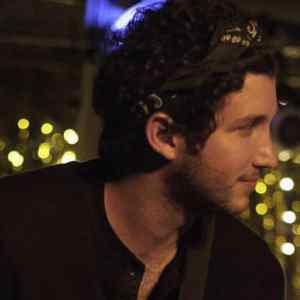