For California singer-songwriter, Karla Bonoff, who has worked with some of the biggest names in music – from Linda Ronstadt to Bonnie Raitt – if it wasn’t for the infamous Troubadour nightclub in West Hollywood, which was just a fifteen minute drive from her Los Angeles home at the time, all of the majesty of song may not have unfolded before her as it had. Bonoff, who came of age amidst the hippie movement in the 1960s, cared about artistic craft and new ideas. She dove headfirst into the former clutching to as many of the latter as she could. This love of song continues today with the release of her 2019 album, Carry Me Home, and a collaboration that same year with country music star, Trisha Yearwood.

“Looking back,” Bonoff says, “I realize how amazing it was. But at the time, it just seemed like our life.”

Bonoff, who wrote Ronstadt hits, “Someone To Lay Down Beside Me,” “Lose Again” and “If He’s Ever Near,” remembers singers like Jackson Browne, Raitt and the Eagles performing at various times during the now-historic Troubadour Monday open mic nights. At the time, so much was rounding into form (for better and for worse), including the music business. There was so much new ground to cover and this freedom mixed with so much talent created a boom of American writers.

“It was really open for everybody to explore,” Bonoff says. “It wasn’t the scene that it is now. It was like a big wide-open field and nobody knew exactly what was going to happen with it. It was exciting to be part of the Troubadour. Record A&R people would come there like David Geffen looking for new talent.”

From those open mic sessions, Bonoff became close with many artists. She and friends formed the band, Bryndle, which included two male and two female singers. But record executives, Bonoff says, could never find a proper place for the band and the group fizzled out before its debut record was allowed the light of day.

“They didn’t know what to do with us,” Bonoff says.

Prior to that experience, the songwriter had worked with her sister in a folk duo, writing songs and playing locally. But after Bryndle, Bonoff was forced to pause and reinvest in her craft. Yet, all the while, the Troubadour remained a beacon of inspiration. She continued to play those Monday nights and, as some friends and former bandmates began playing with bigger names, Bonoff would slip them demo cassettes to pitch. Ronstadt soon bit and so did Raitt.

“Bonnie and I went to the same high school,” Bonoff says. “So, I made a little demo and pitched that to her and we recorded together. The writing I was doing for myself at the time was also suitable for other women singers, I think, like Linda or Bonnie. It was a natural fit.”

Bonoff, who grew up in an upper-middle-class Southern California home, said, as a young person, she surged with rebellion. She wanted to avoid the personal paths that led her parents to their particular places in life. She wanted to flout college (UCLA, specifically) and, instead, pursue more creative endeavors. Bonoff, who began her artistic life like many others, first took piano lessons. She transitioned to guitar later and she and her sister were jolted by the music of Joni Mitchell and others like Carole King. Bonoff took Mitchell’s songs to her guitar teacher, The Weavers’ Frank Hamilton, to learn their nuanced nature.

“Joni Mitchell was so inspiring,” Bonoff says. “I wanted to write music like that, songs like that.”

Last year, Bonoff released her latest LP, Carry Me Home. The record includes past compositions as well as new ones. Bonoff, who, before the COVID-19 pandemic, often played live shows, says, through the years, her songs have evolved and changed. So, she wanted to record a record that clearly documented her contemporary musical sensibilities for both herself and her fans.

“The songs have morphed over time,” she says. “They’re so different than they are on my first, second or even third albums. Jeez, I listen back to my first album and I sound like a baby! So, I feel good about having something out there that represents how I sound today.”

But even more than releasing new music or working with songwriting royalty like Yearwood, Raitt or Ronstadt, Bonoff says she misses playing live and touring around the country. She fears that the opportunity may not come back for a long time.

“It’s really hard right now not knowing when we’ll be able to do that again,” Bonoff says. “You know, we’re always bitching about the planes, the hotels. But, in reality, I just love performing for the fans who’ve been seeing us for 40-years. That’s what I miss most. Seeing our fans.” 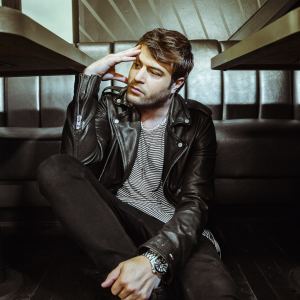 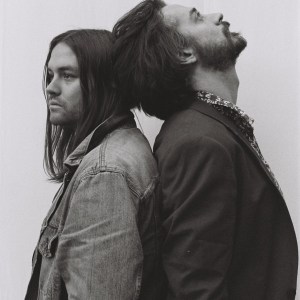