“Facts,” The Dawn Drapes’ first single since 2019’s Slow Spin, addresses the constant flux of (mostly false) information coming from all directions, the inability, or inertia, to pierce through the real truth, and its long-term effects on mental health.

“I wanted to write an upbeat tune around that dark idea,” says vocalist and keyboardist Mike Sanzo.

There’s was a clear template around “Facts.” In its infectious groove, Sanzo delivers a cool and calm croon around striking lyrics Half truths got us digging through the trash… Thank God you’re in the news against the punching refrain of Your Facts or My Facts?

“The refrain of ‘Your Facts or My Facts’ is intended to show the absurdity of the notion that factual information would be in the eye of the beholder,” says Sanzo.

“I wanted the lyrics to be an ironic take on the decline of objective truth in our modern society,” Sanzo tells American Songwriter. “With all the information we have thrown at us today we have created this environment where people can lie freely, and for the most part, either no one cares or they are too confused to determine the truth.”

The video, produced by Eric Ashleigh, is a montage of black and white newsreels and interviews strewn together with vintage footage from psychiatric wards to illustrate the song’s exploration of “alternative facts” and its impact, psychologically. “The song’s chorus is supposed to make you feel a little uncomfortable or crazy in a way,” says guitarist and vocalist Daniel Rice.

Originally written back in 2016, “Facts” was recorded at Philadelphia’s The Headroom with producer Shane Woods, and was one of four tracks that just came together quickly, according to guitarist and vocalist Daniel Rice.

“We had the whole band in studio and laid down drum and bass tracks to four songs, then started to focus on one at a time,” says Rice. “We started mixing and tweaking once everything was together and it [“Facts”] became what it is today.”

When writing, Sanzo says it’s cliche but when he’s not thinking much, the music comes. “I find that if I overthink an idea or let it marinate for too long without finishing it or at least finalizing a structure, I’ll end up in limbo forever,” he says.

When a song unravels in one sitting, it’s a magical thing, says Rice. “It’s rare, but it happens,” says Rice. “This one [“Fact”] was the result of playing it live around the country and then workshopping a lot at rehearsals and binding it all together in the studio sessions.”

The Dawn Drapes are just navigating through their music the best they can. “I just want to strive to make some tunes that make me happy and express whatever I’m feeling in that moment,” says Sanzo, “also continuing to collaborate with the rest of the Drapes to create something bigger than just one of us individually.” He adds, “Of course, I’d always love to get back on the road.”

On “Facts” The Dawn Drapes don’t want to dictate what listeners absorb from the track. From a musical standpoint, Rice hope people hear the quality, and that the melody gets stuck in their head.

“I don’t tend to write with the intention of influencing anyone’s opinions, per se,” says Sanzo. “That said, this song in particular has a somewhat political bent. I hope that maybe it can create some levity for a listener who might be exhausted and drained from the last few years in this chaotic new information environment we’re living in. 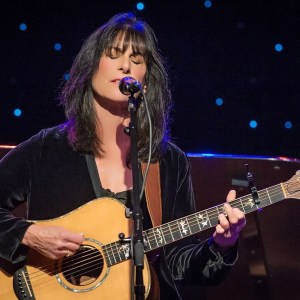 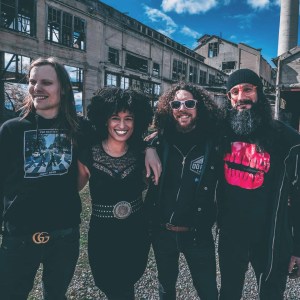