Kate Bush has shared her annual Christmas message with fans. This year’s statement sees Bush reflecting on the highs and lows of 2022. Nurses on strike, the Queen’s death, the war in Ukraine and her Stranger Things renaissance were all up for discussion.

“It’s a bombardment—the horrific war in Ukraine, the famines, the droughts, the floods… and we lost our Queen,” Bush wrote on her website. “Many of my friends were surprised at how upset they were at her death especially as we aren’t royalists, but I think her passing became a focus for grief, for unexpressed loss that so many people had felt during the pandemic.”

Currently, a number of British nurses are out on strike, fighting for better pay and working conditions. Bush expressed her support for the cause saying, “I hope that the nurses will be in a position where they are appreciated—they should be cherished.”

After mourning the losses of 2022 she went on to the things she is thankful for – mainly the runaway reassurance of her 1985 hit “Running Up That Hill (A Deal With God)” thanks to Stranger Things.

[RELATED: The Meaning Behind Kate Bush’s 1985 Classic “Running Up That Hill”]

“I still reel from the success of RUTH, being the No. 1 track of this summer. What an honour,” she added. “It was really exciting to see it doing so well globally, but especially here in the UK and Australia; and also to see it making it all the way to No. 3 in the US. It was such a great feeling to see so many of the younger generation enjoying the song. It seems that quite a lot of them thought I was a new artist! I love that!”

She then expressed her hopes for 2023 writing, “Let’s all hope that next year will be better than this one. I keep thinking about hope and how it was the last to fly out of Pandora’s box. Sometimes it’s all that seems to glow in the dark times we find ourselves in right now.”

Alongside her statement, she shared a photo of a red robin that she believes can “symbolise hope in the context of Emily Dickinson’s beautiful words: Hope is the thing with feathers that perches in the soul. I’d like to think that this Christmas when joy is so hard to find, hope will perch in all our souls.” 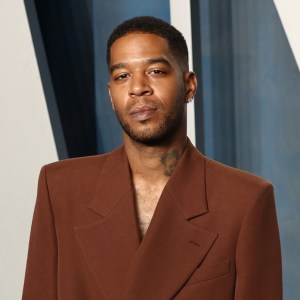