Kelly Rowland caused a stir this past Sunday (Nov. 20) during the American Music Awards. The former Destiny’s Child member stopped the crowd from booing while she was accepting the award for Favorite Male R&B Artist on behalf of Chris Brown.

After a discourse was started online about her support of the controversial singer, Rowland spoke to TMZ, reaffirming her stance.

“I believe that grace is very real, and we all need a dose of it, and before we point fingers at anybody, we should realize how grateful we are for every moment we get,” Rowland told the outlet. “We all need to be forgiven for anything that we could be doing—we all come up short in some sort of way. Grace is real, and we are humans, and everybody deserves grace, period.”

While she doesn’t reference Brown specifically, the above response came as she was being asked about the moment at the AMAs. Brown was originally slated to perform a tribute to Michael Jackson during the awards but his appearance was cancelled at the last minute “for reasons unknown.” Brown posted a rehearsal video to his Instagram page with the caption, “U SERIOUS?” after announcing his performance was cut.

While accepting the award on Sunday, Rowland told the booing crowd “Excuse me, chill out” before going on to say, “But I want to tell Chris, thank you so much for making great music, and I want to tell him thank you for being an incredible performer. I’ll take this award and bring it to you, I love you! Congratulations, and congratulations to all the nominees in this category.” The crowd continued to boo after Rowland’s remarks.

A large contributing factor to the discourse around Brown comes from a 2009 domestic abuse case between himself and his then-girlfriend Rihanna. Brown turned himself in to the Los Angeles Police Department following the incident and pleaded guilty to all charges. He was sentenced to community service, domestic-violence counseling, and a restraining order. 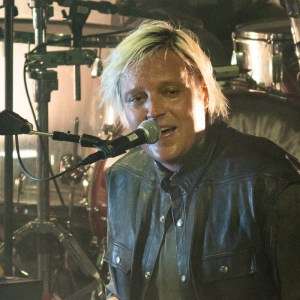 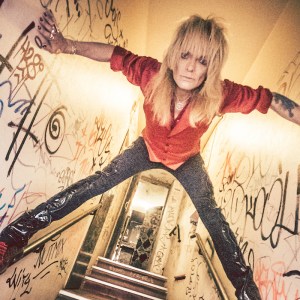