Jackson’s classic album, Thriller, came out 40 years ago in November.

Brown told his 124 million Instagram followers that his planned performance to honor the King of Pop was nixed by the American Music Awards a few days ahead of the show without explanation and his followers and fans are incensed.

Wrote Brown on IG, “WOULD’VE been the AMA performance but they cancelled me for reasons unknown. 🤷🏽‍♂️.”

According to reports, Brown would have begun the tribute with his own single, “Under the Influence.” But then he would have segued into an homage from Jackson. He was said to emulate many of the famed dance scenes that Jackson made household works of art, including segments from “Beat It,” “Wanna Be Starting’ Somethin’,” “Billie Jean” and the title track, “Thriller.”

Brown was not present at the award show, but he received a shoutout from former Destiny’s Child singer Kelly Rowland, who accepted an award on his behalf and said, “Chris Brown is not here tonight, so I’m accepting this award on his behalf… I want to tell Chris, thank you so much for making great R&B music, and I want to tell him thank you for being an incredible performer. I’ll take this award and bring it to you, I love you! Congratulations, and congratulations to all the nominees in this category.”

A rep for Dick Clark Productions, which produces the American Music Awards, told Puck News: “Live shows change all the time, it’s the nature of this business. Unfortunately, this element of the AMAs didn’t come together as we couldn’t align on the performance, to no fault of Chris Brown.”

Wrote one fan on Brown’s IG post, “Why do they act like this man ain’t the new MJ. Give this mutha fucka his flowers already!!!!!”

Another added, “I’m upset, the last time he performed at any awards show was at least 5 years ago. This man has paid his dues, earned our trust back and STILL MANAGES to sell out concerts. How dare they not let him perform. HE IS CARRYING R&B on his back. It’s like he cannot win. His TALENT IS UNMATCHED.NOBODY is touching Chris. Yet, he has to work 3x harder than the AVERAGE to get barely half? Y’all playing on his top & I really don’t like it. I PROMISE THE PERFORMANCES ARE WACK NOWADAYS. Chris would’ve set the stage on fire as we ALL can see. Thank you Chris for not giving up when the music industry tried to write you off! YOU ARE A LEGEND.”

A third wrote, “Mike smiling so hard 🙌🙌 I love how you keep his legacy alive and if you’re about to remake Moonwalker just say that CB🔥🔥”

So far the post has received almost one million “likes” from fans. 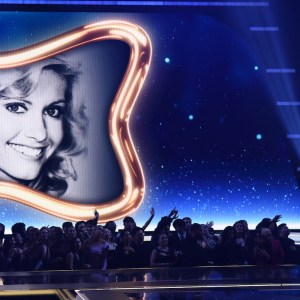 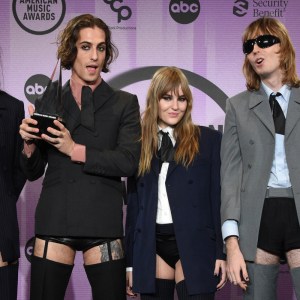