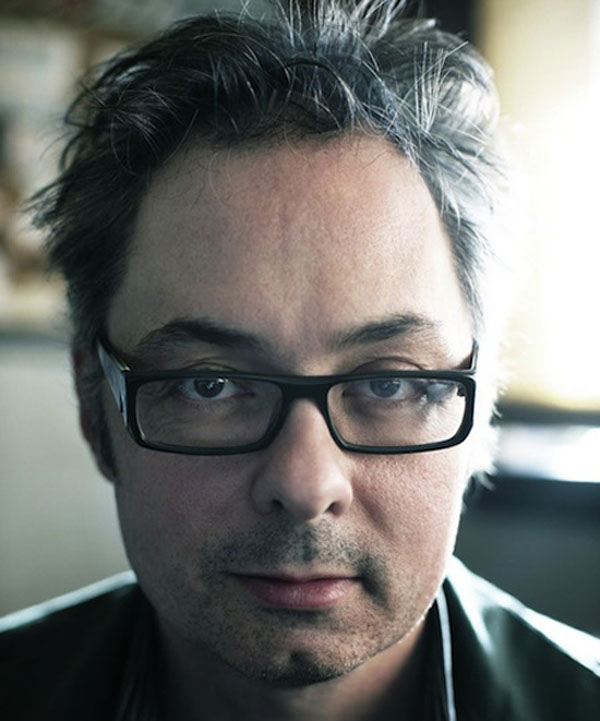 Kevin Gordon may be one of the most accomplished but underrated songwriters and guitarists in Nashville. His music is a swampy concoction of the blues and a kind of working man’s poetry–probably a mix of a youth spent in Louisiana and the subsequent years studying poetry at the prestigious Iowa Writer’s Workshop (where heavyweights like Robert Lowell and John Berryman once taught).

Gordon has found considerable success in a behind-the-scenes guise, though. In 1997, Keith Richards teamed up with members of The Band to cut Gordon and Gwil Owen’s “Deuce And A Quarter” for an album by Elvis Presley band alums, Scotty Moore and DJ Fontana, called All The King’s Men. The song has Richards and Levon Helm trading verses and singing together on the song’s great hook (“a deuce and a quarter ain’t no Cadillac”), while Richards and Moore share twin leads on the song’s signature lick. Gordon also writes the kind of earthy and sensual numbers that easily fit into the bizarre world of HBO’s True Blood, which licensed Gordon’s “Watching The Sun Go Down” in 2009.

In February, Gordon will release Gloryland, twelve songs of sin and redemption set in the American past and present. The title track is a searing exploration of Americana blues-rock, with Gordon’s crunchy distorted guitar driving hard in the left speaker and the propulsive drums occupying the space in between. Gordon self-funded the album over nine months of touring and collecting donations from fans across the country and on the Internet, and recorded it in Nashville with producer Joe McMahan along with guests like Sarah Siskind and Lambchop members Scott Martin (drums) and Ryan Norris (keyboards).

The album’s centerpiece is “Colfax,” which tells the story of Gordon’s African-American music teacher, Mr. Minifield, who stoically faces down the Ku Klux Klan while leading the band at a football game in Colfax, Louisiana. Gordon describes his childhood in a hypnotic narrative of vivid, plainspoken images, such as this description of a high school crush: “Valerie/ Played clarinet/ 13 going on 35, sexy/ In a hard way, like a 1st cigarette,/ Bourbon spilled on a bare thigh.”

“‘Colfax’ is based on an event I remember from seventh grade,” explains Gordon. “I’d been trying to write about it for years–musically it was completely different from what’s now the finished song on Gloryland. The groove was a ‘two-beat’ (2/4 time) blues, which felt great except that it seemed to demand that something incredibly dramatic happen at the end. Which isn’t what really happened, and wasn’t what I wanted to write.”

The song’s focal point is Gordon’s spoken narrative, which unravels the action. The vocals are rhythmic and methodical behind a laid-back drum beat, a plodding banjo, and distant guitar echoes. As the story unfolds, there’s humor along with poignancy in the lyrics. When the KKK is first viewed by the band members, a boy named Donald Lovelady says he thought they only came out at night. Then Gordon compares the red cross on the Klansmen’s white robes to “an image of the suffering Christ/ Airbrushed on the side of a missile.”

But finding the right vehicle and tone for a deep personal history never comes easy for songwriters.

“Sometime in 2007 I started over,” continues Gordon. “A couple of singer-songwriter friends had written songs that were long narratives, where the verse is more about the pulse of the lyric than a complex melody or chord changes. So I went back, simplifying the verse progression and the groove–to a kind of flat foundation where long lyric lines could roll out and be the dominant element that drove the song. As soon as I did that, I had 90% of those lyrics within an hour. There were plenty of revisions, and the chorus changed several times before we recorded it for the album. For some reason it felt important to use actual first and last names of some of the people who were there that day–a kind of factual grounding, I guess, more documentary; plus, I just liked the way it sounded.”

The song’s chorus is actually a second song title (“Step In Time”), a way of retaining the poetic purity of “Colfax,” leaving the main narrative a powerful and stand-alone thing all it’s own.

The song is also a study in how to develop a musical theme over 10 minutes, with different instruments taking prominence at different times. After six minutes, a jaw harp and slide guitar replace the banjo. Later, xylophone plinks enter, and at eight minutes, gospel-style backing vocals and horns. By the last few minutes, “Colfax” is reminiscent of one of the more exultant and joyous moments from the Stones’ Exile On Main Street, and this exuberance carries the song all the way home.

The lyrical climax is, of course, Minifield as he marches on, “Like there was somewhere better/ He was going/ But this was the only goddamned way to get there.” The “step in time” may be a literal reference to the marching band, but it’s also Minifield as he looks “straight ahead” and walks on in the face of racism and prejudice. He’s moving forward, just like history–and just like Gordon’s song.

I played trumpet in the band
In 7th grade, blasting out songs
At football games and fall parades
We’d ride the bus
To the small towns like Winfield,
Downsville, and Colfax—
In purple jackets and white slacks
We were the Braves—
We were the Jack Hayes Braves
Named after a dead administrator
And the noble ideal
Of the young Native American male–
School ambassadors
Of popular song and good will

Mr. Minifield
Was our director, skin the color
Of a brown paper sack, he was black
Trying to teach us white kids to play
But confronted every baton-breaking day
By juvenile delinquents, like Danny Amos
Who locked himself into Minifield’s office,
With my Ted Nugent double album;
Playing “Wang Dang Sweet Poontang”
Full-blast over the bandroom speakers
And I remember Minifield, just sitting there
Staring out into the air
From the podium, smoking a camel
Looking straight ahead
Imagining himself
Somewhere else, I’d guess
Where he’d be getting paid
More for less B.S.

Riding on the bus
Sitting next to Valerie Thrash
Between what’s ahead, what’s behind
Just another step in time

The morning was cold
The silver bell of my horn shining back
Convex reflections of faces and hands
And the yellow smear of the bus
While I blew out my spit valve,
Put the wax on my braces–
We were getting ready to play,
Standing in line, moving in formation.
First up, a Stevie Wonder song called Sir Duke,
About Ellington (I didn’t know that then),
Chameleon by Herbie Hancock–
Jungle Boogie by Kool and the Gang,
K.C. and the Sunshine Band—
Get Down Tonight–
That’s when I saw them at the end of the block
Imperial Knights of the Ku Klux Klan
In their white dunce caps
And robes with red crosses
Embroidered on
Like gilded leaves on an automatic rifle
Or an image of the suffering Christ
Airbrushed on the side of a missile
In broad daylight;
Donald Lovelady said
He thought they only came out at night—

Like an apparition,
Blood-real in the silver sun—
Between what’s ahead, what’s behind
Just another step in time