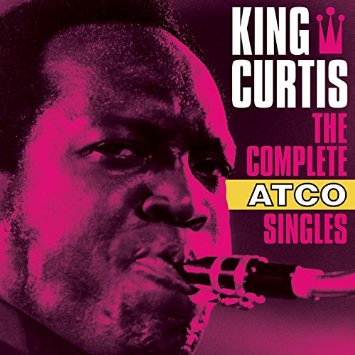 Between his work with most of the Atlantic stable of soul artists (in particular the Coasters), and his own predominantly instrumental work, tenor sax giant King Curtis (born Curtis Ousley) remains arguably the most popular and influential horn player in soul/rock/funk history. His tough, meaty tone effortlessly shifted from gritty to sweet and he was as comfortable re-arranging rock hits of his time such as Led Zepp’s “Whole Lotta Love” and Buffalo Springfield’s “For What It’s Worth,” as being band leader for Aretha Franklin’s Kingpins and fronting his own combo with homespun talking vocals on the propulsive pop hit “Memphis Soul Stew,” among others. He was also dead before he made 40, due to a murder that tragically cut short a career beginning in the late ’50s and was finally hitting its stride with wider crossover acceptance.

This three disc, 66 track set doesn’t tell the whole story — Curtis had hits with “Soul Serenade” and a number one R&B charter with 1962’s “Soul Twist,” neither of which appear since they were released on other labels — but it’s still a prime assemblage of Curtis’ work for the titular imprint. It covers work from 1967 until his untimely death in 1971, with a few late ‘50s sides added. The NYC by way of Ft. Worth Texas reedman (he was also proficient on alto and soprano sax) already established his style on his earliest releases from 1958 and ’59 that kick off disc one. He also tacked on original songs as B-sides to the covers that dominated the A-sides of his singles, with the clomping co-penned “Jest Smoochin’” as the flip to his first release.

After a few charting items, Curtis rejoined Atco in 1966, which is where he stayed until his death. Some of these performances suffer from production clichés of the time that include slick, facile orchestration and schlocky background singers on an over produced “You’ve Lost that Loving Feeling” and an otherwise solid take of the Drifters’ “On Broadway.” But even with the most commercial sweetening, Curtis’ commanding sax honks, howls, purrs and wails with articulation as impressive as the best soul singers. When the music moves through the 60s, Curtis thankfully loses most of the dated overdubs and finds his southern gutbucket heart, occasionally with assistance from such luminaries as Duane Allman (on slide for “Games People Play”), Eric Clapton and Delaney Bramlett.

Unless you’re a rabid 45 RPM crate digging Curtis fanatic, many of these selections will be new to you. The B-sides of Curtis’ singles often never made it onto albums which makes this collection even more essential since some of those rarities are powerful, if perhaps not critical. Interestingly, the third platter closes with the previously unreleased “Ridin’ Thumb,” parts 1 and 2; the first section features an infrequent Curtis vocal with a cooking jam of the same tune on following it.

The booklet features 8 pages of historically detailed notes from co-compiler Randy Poe that provide useful background information. But with a shocking lack of any track specific personnel credits — obligatory for a package of this nature — few pictures of Curtis and none of the singles/albums these songs are included on, this loses a star.

Those new to the soulful sax man should start with 1994’s indispensable single disc Instant Soul that collects his biggest songs from various labels throughout his entire career. But for those looking to dig deeper into Curtis’ catalog, this three hour survey of his work is essential listening. 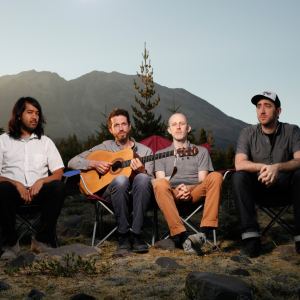 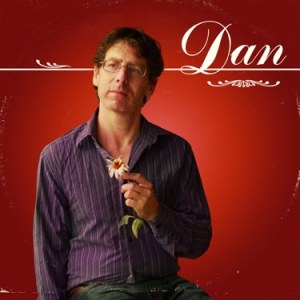