After taking two years away from the music business, former D.A.R.K. multi-instrumentalist/songwriter Olé Koretsky is reemerging with MMXX, a five-song EP that’s set for a summer release, though he began putting out singles this spring. The second single, “Call It a Day,” comes out on May 21, with its video premiere here at American Songwriter.

Released under the band name Koretsky, this is almost entirely a one-man project: Olé Koretsky is the main songwriter and producer, and this material is meant to convey his own very personal recent experiences, particularly regarding the January 2018 death of The Cranberries vocalist Dolores O’Riordan, who had been his life partner and his bandmate in D.A.R.K. (along with The Smiths bassist Andy Rourke).

“Summer 2018 was very hazy…I vaguely remember recording the song,” Koretsky says of “Call It a Day.” “I remember showing it to a friend in my car parked somewhere in Bushwick [Brooklyn]. I didn’t feel like it was a very good song, but I was excited because it was the first thing I recorded since the previous year. [But] I was terribly out of key on that line on the first take.” He realized that it wasn’t yet the right time to work further on the song: “I thought I might develop it later and it might grow up to be a real song some day. Then I forgot about it for a year.”

When Koretsky finally revisited the track, though, he realized there was good material just waiting to emerge, after all. “Next time I heard it, I was like hold up, this sounds intense. There’s still nothing masterful about it, still morbid, and the lyrics felt awkward like I didn’t write them. But…there was a certain energy there and a kind of subtle grace about it,” he says. “So I spent a day or two with a good friend (and great engineer), we cleaned up the demo and sent it off to get mixed. that was that.

Finally satisfied with the result, Koretsky is glad the song is ready for public consumption. “Sure, I was in a state when I recorded it, but I need to embrace that part of myself, whatever that is,” he says. “It should live and breathe. I’m just amused by how it took on the personality that it did without my input or permission.”

“Call It a Day” fits in well with the rest of Koretsky’s post-punk songs, which are often overlaid with a darkwave electronica sheen, and tend to be deeply intense and intimate. But, Koretsky says, he isn’t attempting to send any particular direct message with his music. He says of his songwriting style: “I’ve never intended a conceptual theme. it’s not part of my process. I enjoy thinking about sound, color, articulation, texture, diction etc… I don’t want to say anything with my music. Shadows make shapes and take on their own life regardless of what’s casting it. I don’t want to look at the actual object.” 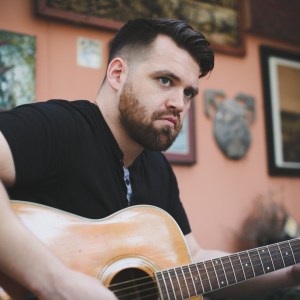 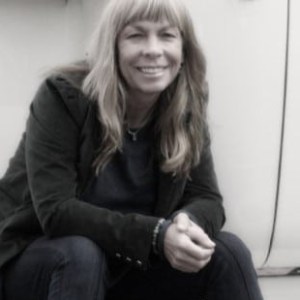